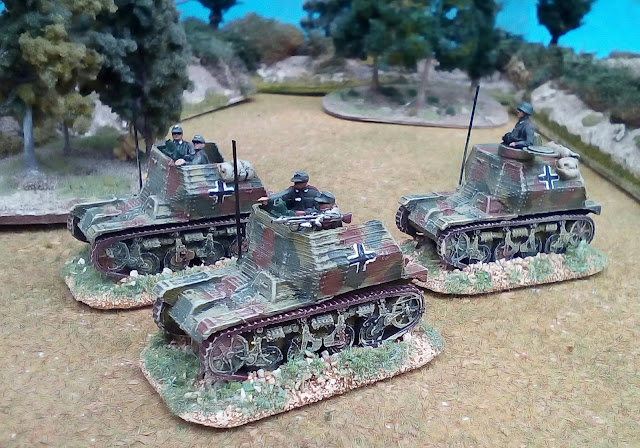 The 8cm mortars of the converted AMR35(f) are ready to unleash a true Trommelfeuer (saying it in German probably convinces you that  I really know about the subject) on the advancing allies. As it happens many times I got carried away by the cuteness of these little things and build too many, specially when using a ratio of 1 to 5 in unit organisation. These AFV's were field conversions and less than a handful were ever made. 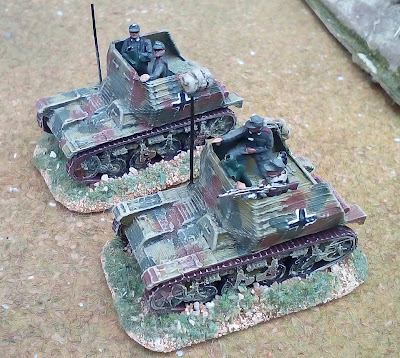 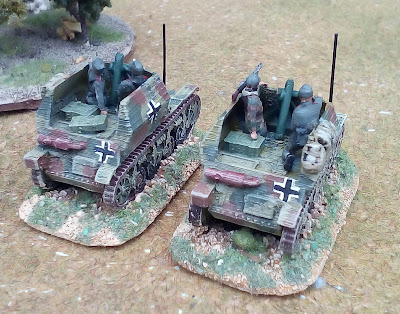 The models are MiniGeneral 3d prints with the usual additions of figures, stowage and antenna. 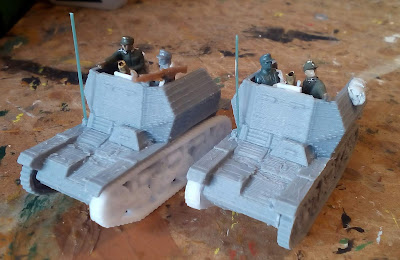 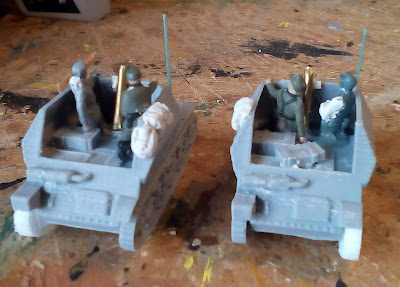 The tube of the mortar was replaced by a metal one. The figures are from the Airfix set of German Mountain troops. 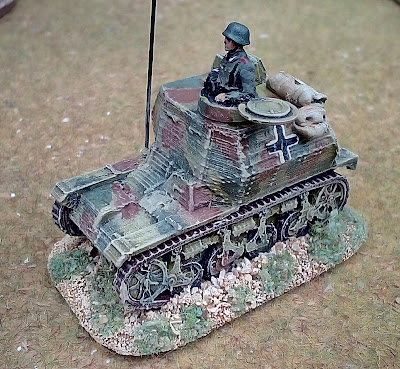 One of the models was converted to this rare OP version. 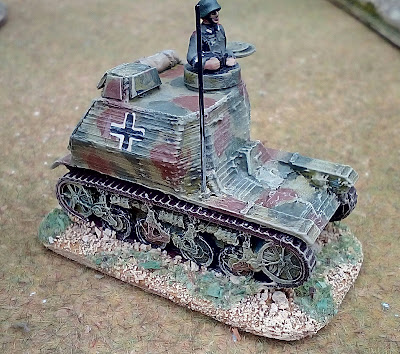 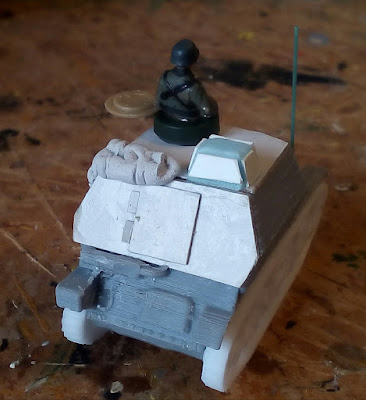 An enclosed superstructure was built in plastic card and small pieces of RoofMate. The original few pictures of this vehicle available to me don't even show the kind of enclosement it had. I based the OP version on existing models in other scales after searching in the web and in some nice pictures in the Encyclopedia of German Tanks by Chamberlain, Doyle and Jentz. 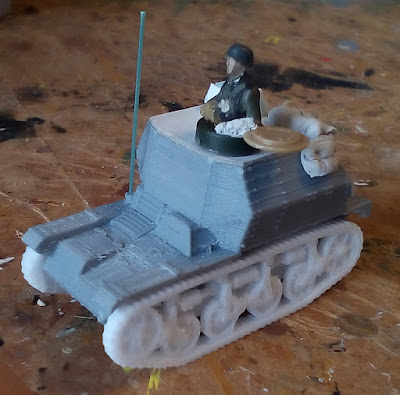 The figure is Esci with a new arm. You also need a small cuppola and this one came from a Roco Minitanks rolling wheel I had around.

Next: Recce German aircraft for the Blitzkrieg.

Posted by João Pedro Peixoto at 15:17