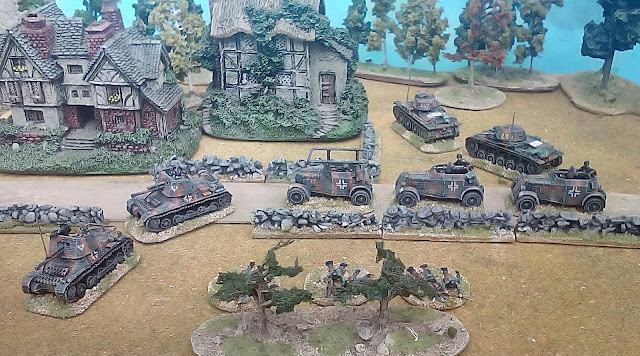 With the French menace ahead a column of German AFV splits in several directions bypassing the village of Thierry-Henry.
All models are MiniGeneral 3d prints.

New on MiniGeneral catalogue are these Kfz 13 Adler and Kfz14 command and reconnaissance vehicles. 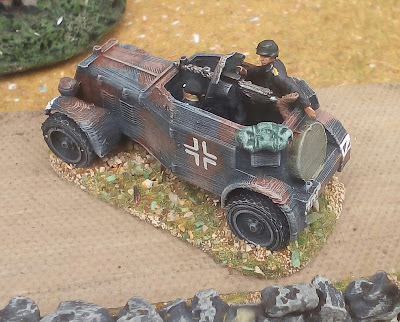 The Mg13 is cleverly built in a unique and separate piece comprising MG, shield support and seat. 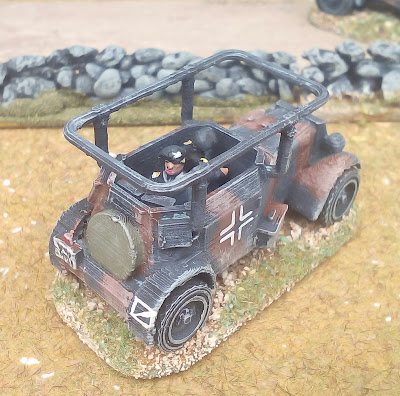 The Kfz14 has its antennae included in the car body and the extraction of the surplus plastic is a delicate operation. 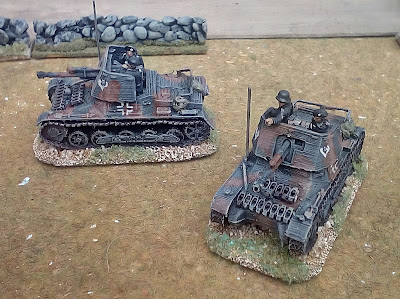 The Pzjager I is another nice vehicle depicting very well the first model with smaller shield. The usual additions are the extra tracks at the front and the central headlight. 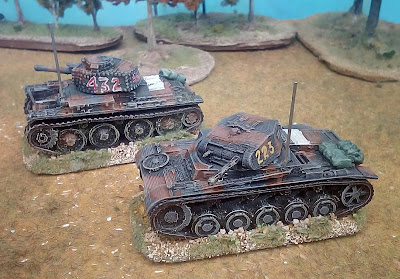 Another Pz38t and a PzIIc took advantage of the primer cloud to join this group.

Finally a group of Pzbüchse 39 anti-tank rifles were added. I made them from the lying down Mg34 of Esci. I  cut the Mg and only used its tip. Then small pieces of EverGreen were added and  that includes the bipod, the wood socket, the handler and two lateral ammunition boxes. These three are enough for the infantry regiment you can see here:

Next: more Rapid Fire! stuff still to be chosen.

Posted by João Pedro Peixoto at 05:30