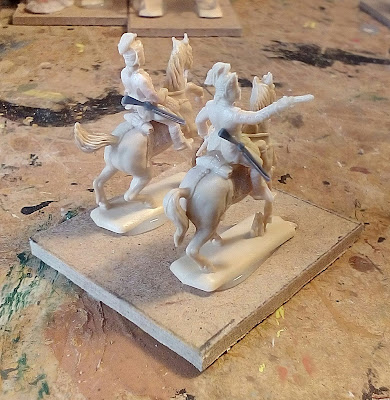 All figures are Italeri from their generous cavalry set with 16 figures plus one Airfix conversion and a ACTA figure. The only addition to the Italeri figures was some short cavalry rifles that were missing. 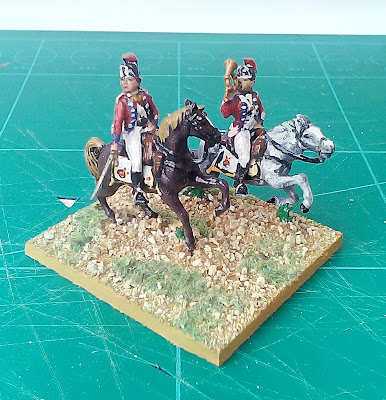 The figures are beautifully sculpted and reasonably accurate but as usual with Italeri most of them are looking sidewards which is not the better position for wargames figures.

The British 16th Light Dragoons. Some sources say that the Tarleton helmet would be more accurate for these units and that includes the 16th LD reconstitution group.

Posted by João Pedro Peixoto at 06:14