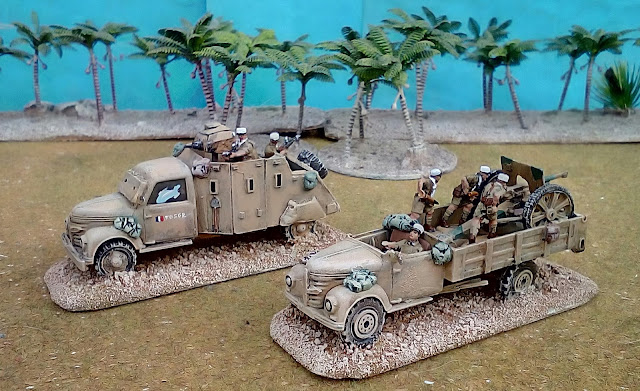 Two Made-In-China Dodge trucks, one Tanake and a 75mm Portee, roam the oasis of Ras-Al-Confinement looking for information on the big southern envelopment of the DAK in May 1942 that will lead to the Bir Hakeim Battle. 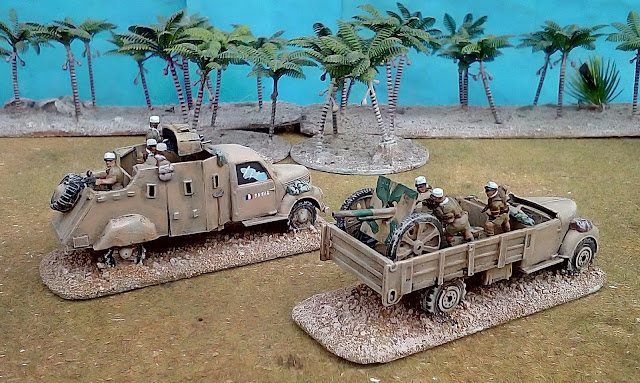 These Dodge 3-ton transformed trucks became famous in the hands of General Koenig French Foreign Legion men specially when defending the Bir Hakeim position and later, in October, when they attacked the Nabq Rala position. But before and after they gave agood account of itselves in the Levant and even under the Vichy rule. 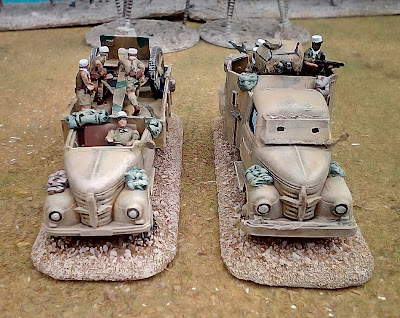 The model vehicles are conversions from cheap Chinese Die-cast, the same I used for various Allied 1940 units particularly the one with a naked woman painted in the canvas of a French truck. Ah ah! I knew you would remember!!
The biggest difference between the true Dodge and these ones are the headlights which should be placed a bit up the mudguards. Other details are passable or easily added like the cross shape at the front. 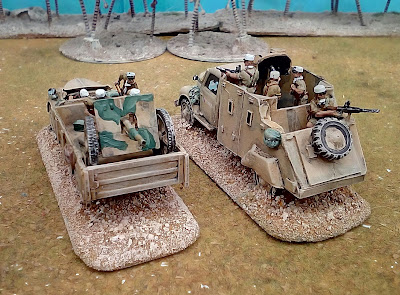 The Portee Dodge carries an Irregular Miniatures French 75mm gun with wheels from soft plastic Hat. All figures are FFL from Strelets R converted to hold ammo or the Bren LMG's. 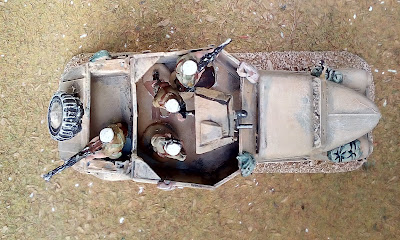 The arrangement of the crew and guns of the Tanake.

Here is its humble beginning. Each of these models is 4 euros and unfortunately the place where I bought a dozen or so is finished with them. The original wheels, the type of Hotwheels, were discarded and replaced by bigger ones. 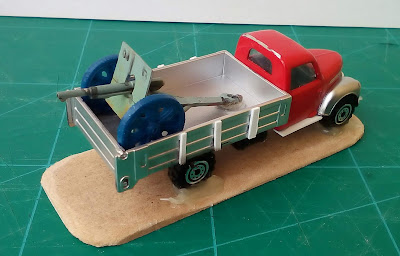 The EverGreen entered in the Portee version with some extra structures for the box and the steps to access the cabin. Later, the top part of the cabin was taken out and that reavealed a nice detailed original interior. 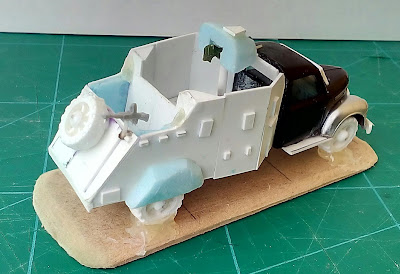 The Tanake was more complicated as a set of new structures, mostly the walled parts,  were made from scratch in EverGreen plastic card. 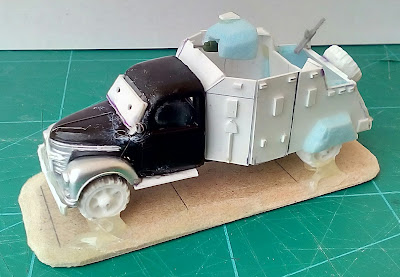 Other parts were made in StyroFoam. A few minutes before priming I aplied PVA glue. Too late as I should have waited for the PVA to dry. You can see the effect of the attack by the solving primer in the pictures of the painted models.