DBM - Battle of Cannae 216 BC in 20mm. The Manipular Roman Legions made up to now 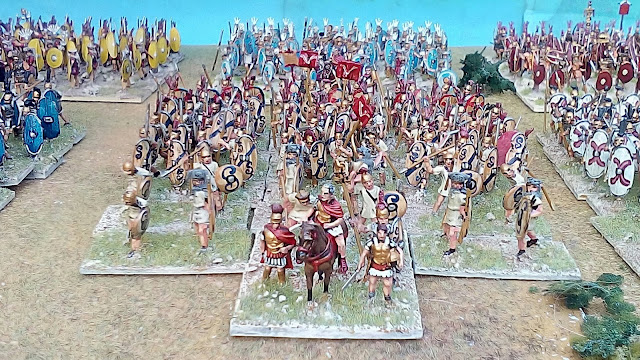 The Battle of Cannae in the year 216 BC is one of the biggest events of ancient times and the most terrible defeat of the Roman army ever. In the end of the 2nd  of August in the plain of Cannae, not far from nowadays Bari, only the Triarii were alive and virtually all other were dead - around 80.000 men! The genius of a certain Carthaginian called Hannibal worked once more and again with a much smaller army.

I´m still far from the end as I need a total of 16 legions and all I have up to now are these 6 you can see. So a bit more than 1/3 of the way done with only the weak Roman cavalry complete. This mean 500 figures already painted but still close to 800 to be painted. Many will be the newer Zvezda which are true beauties. 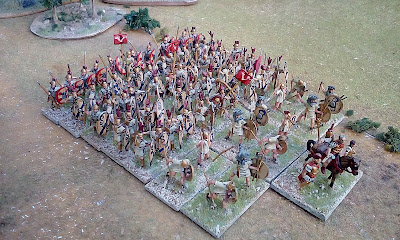 The Roman legion of the period is the pre-Marian one still with four lines you can see here: Velites ahead, followed by two lines both of Hastati and Princeps and finally one line of Triarii. 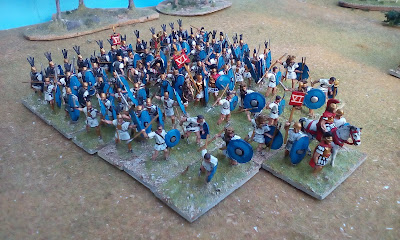 Most of the figures are Hat from all their sets, but you can also find some NewLine Designs, Odemars and Italeri and even some Esci manipulus and officers from Empire days which suits this period too. 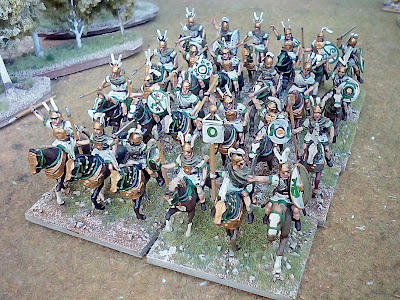 Now the full Roman cavalry for the battle: one of the reasons why they lost as the Gaul and Numidian cavalry were much more and will brush them aside with ease. In this picture you can see the Allied cavalry, an Hat unit with a few Italeri mixed in. 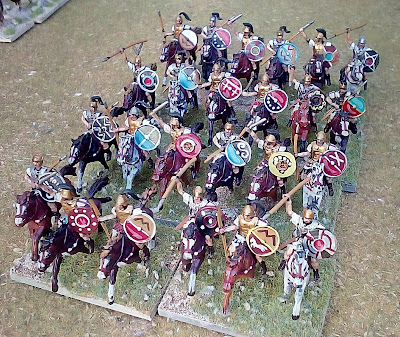 The Roman Citizen cavalry itself. All Hat miniatures again. 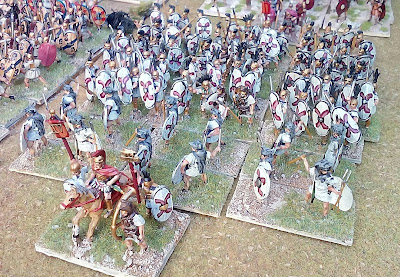 Now a quick review of the six Legions done up to now. The last row of this Legion has Triarii from Italeri with broom sticks spears replacing the original Pila. 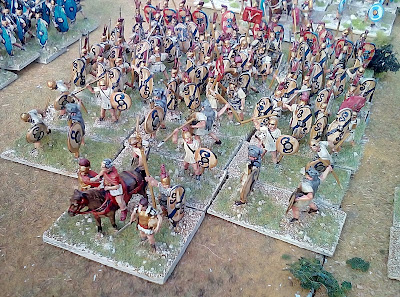 Again a foot Esci imperial officer (on foot) enters this Legion as he still carries the bronze cuirass. 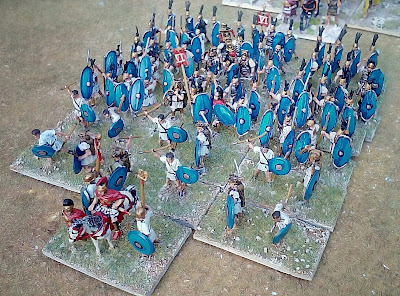 Here you can still see a number of different standards. Only the Eagle will survive with the later Marian reforms. 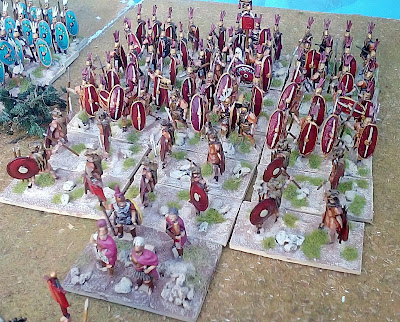 The basing of this Legion was made with Basetex. Half of the command group is NewLine Designs. 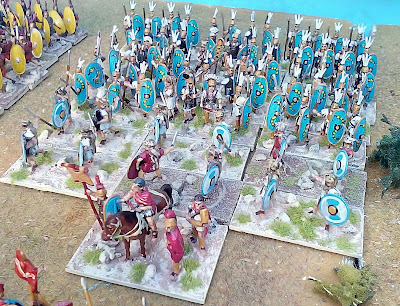 Again the command group has a few NewLine designs namely an officer and the Tubicem. 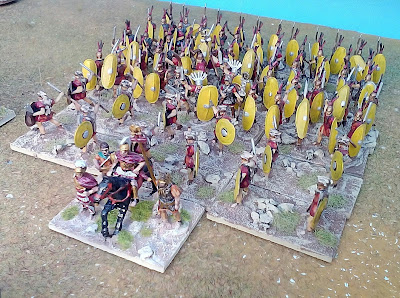 I chose to paint each Legion with one pattern of both tunic and shield. Still there are many debates on the issue but at least  this method speeds painting. 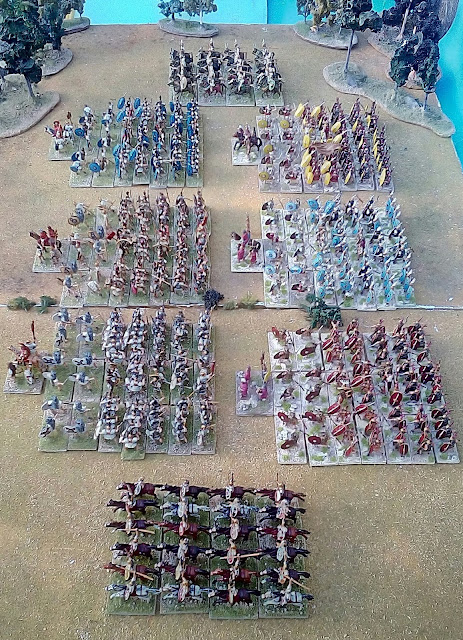 Next: probably British for Early Desert 1940.

Posted by João Pedro Peixoto at 15:05