Rapid Fire! Market Garden in 20mm - Oddities and such (part 2) 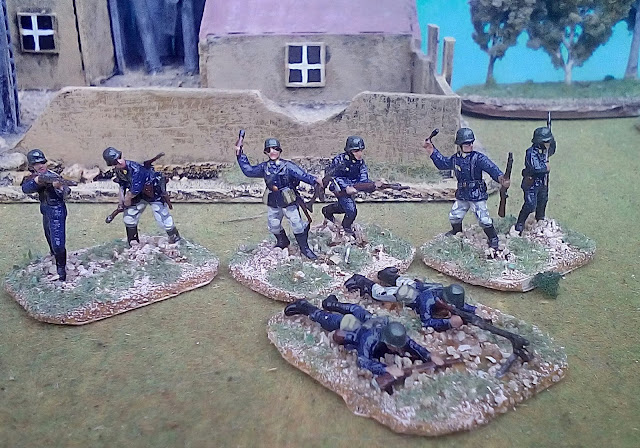 For years I´m also trying to make Kriegsmarine infantry. Unfortunately by the Arnhem campaign the soldiers of the KM Stamm were using Heer uniforms with a few very small yellow navy distinctions to make them different from regular infantry. So I decided to go back two years and use proper navy uniforms for land combat!
The first inspiration came from the nice cover of 1/35th Dragon box of German Naval Infantry at Dieppe. Also having Naval German infantry to fight all those early Churchills from the Calgary regiment fits my wishes of making the entire Dieppe disaster in the future. Besides, dark blue jackets and white trousers in WW2 ? Irresistable! 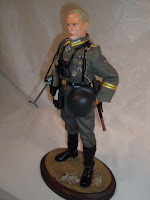 I dont have any book dedicated to the KM Stamm so all information came from the internet with the associated risks. This nice picture on the is from a French museum and guided me all along the painting. I didn't paint the two rows of yellow buttons because I used figures from normal infantry.

To the right I think this is the true uniform used by the Kriegsmarine men at Arnhem. But, as you can see and exceptuating the yellow details, they look too much alike their army mates.

A total of 60 figures, two battalions, are enough for the Dieppe raid or any scenario of the Market Garden campaign. 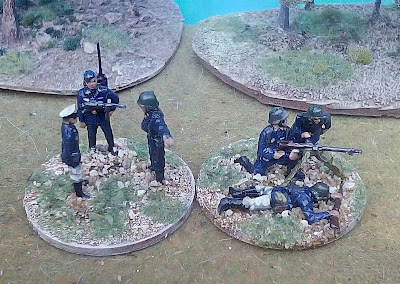 The figures are all plastic from Airfix, Matchbox, Esci and Revell. I managed to find a place for the nice Airfix Luftwaffe aviator in the KM as the radioman you can see top left. The MMGs were scratchbuilt as well as the firer which used parts of two different figures from Matchbox. 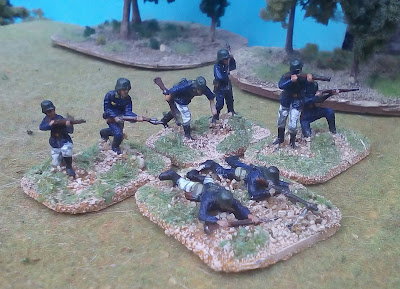 Each company has 8 figures and again all plastics are involved. I glued the Esci and Revell figures to the bases with PVA glue but the Matchbox, slightly smaller, were glued with a glue gun to become a few milimeters taller. The MGs34 got a bipod due to the strange habit of some Esci figures having it "in the air". 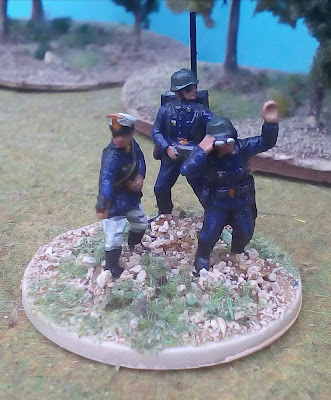 The other command stand is more at ready and has a radio man converted from Esci with two other Matchbox famous figures.

Next: A return to France 1940 or a Late War Soviet tank force.

Posted by João Pedro Peixoto at 12:41