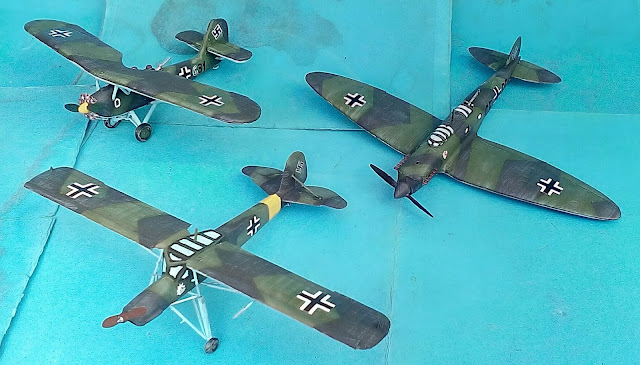 First of all I apologise once again for the swastikas at the tails of these models which obviously are here only for historical accuracy.  These three are old kits I had inside the boxes for years. The common thing they have is that all are German reconnaissance planes suitable for early war. 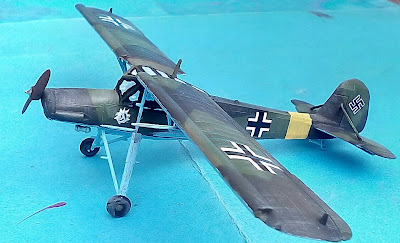 The Fieseler Storch is the old Airfix kit in a Heller box. The thing that surprised me was the size of the thing much bigger that what I was thinking. 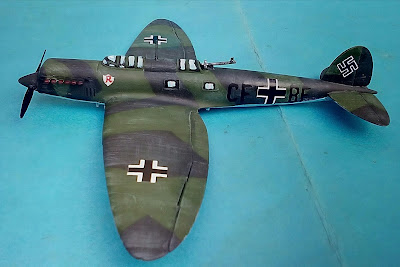 The Heinkel He 70 is the ICM model. I bought it for the Condor Legion of SCW bad fame but  this aircraft was still present in the Polish campaign and so it went east. 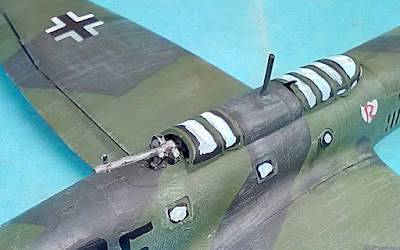 As with most of the stuff I build I replaced the flimsy MG17 and the antenna with metal parts for extra strenght. 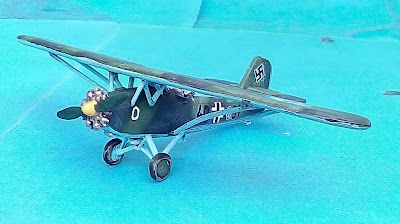 This Heinkel He 46 was waiting to be built for some 30 years or so and was also intended for the SCW. Its a vacform kit from the Spanish brand Vacukit. Last vacuum model I built I think was a Gotha WWI German bomber maybe some 20 years ago so lots of nostalgia in this one too. 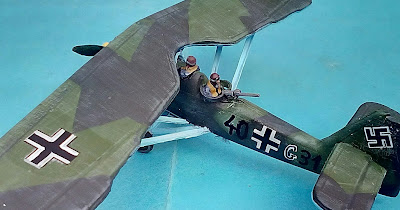 No crew in vacform kits so these ones are Airfix with another homemade MG17. The swastikas are also very old Verlinden 1/35th transfers. I used the smaller ones as they fit nicely the 1/72nd models.

Next: frankly I don't know.

Posted by João Pedro Peixoto at 13:39