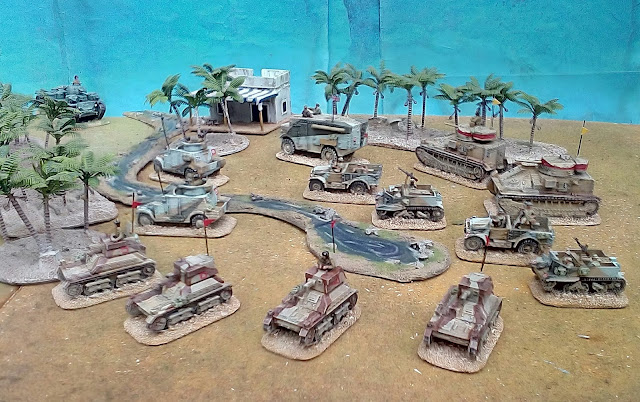 At an oasis near Ras-al-Brexit, in the middle of the Levant, an early British tank force with support group, prepares for the night after a hellish hot day (you will see it better if you inscrease the size of the picture). They are forming a laager to protect themselves from marauding Vichy French, Italians or eventual Germans who may arrive in the region at any time. And quite on time as a huge green tank approaches filled with menacing guns. To whom does it belong? Friend or foe? Is it the Carro Armato P26/40 that the spies of MI5 are talking about? Or maybe the German Neubaufahrzeug? Keep on reading to find out!

All models are Minigeneral 3d prints. 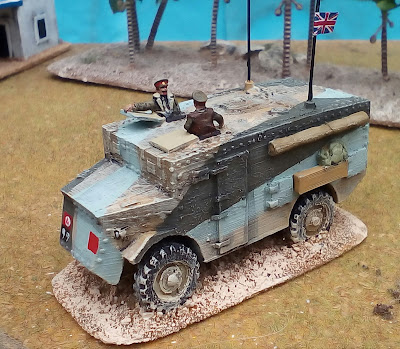 My third Guy ACV went for Early British and was painted in the Counter camouflage scheme. A few stowage parts were added as well as two torsos of Matchbox officers. 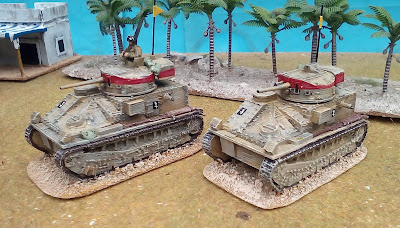 Two Vickers Mediums joined the forces. I painted them with the scheme used at Tobrouk in 1942, at least according to the Wardrawings website. 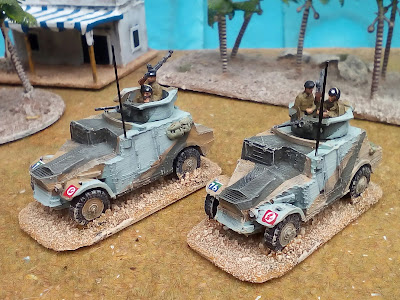 The last two Morris CS9 travelled to the desert and received the colours and camouflage of the famous 11th Lancers of the even more famous 7th Armoured Division. The crew is Airfix and PSC. 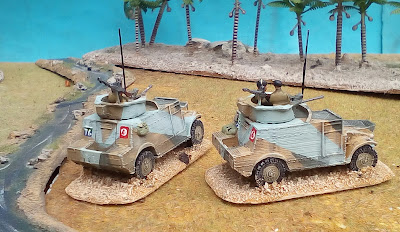 For the Counter camouflage I used a base of Vallejo Desert Yellow, Sage colour from Docraft and Vallejo German WW2 uniform. 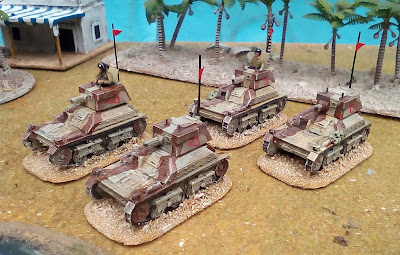 These Light Tanks Mk IIA received the colours of the one present at the Bovington Tank Museum. I added turret hand grips for the commanders as these little tanks could flip them easily 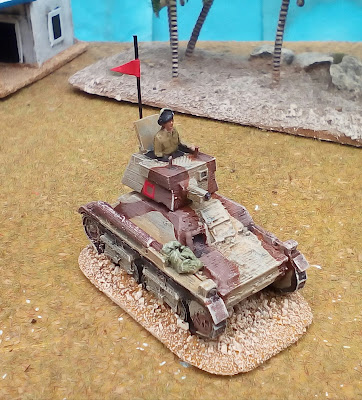 I use several of these figures for my British tankers. They are the Airfix driver you can find in the DUKW, Matador truck or Willys Jeep. By carefully placing some headphones made of heated styrene you get a nice tank commander. 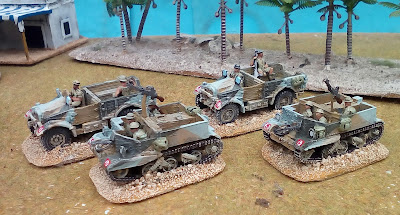 The last few Morris CS8 and Universal Carriers necessary to finish the transports of my 1st Motor Battalion in all flashy Counter Camouflage. 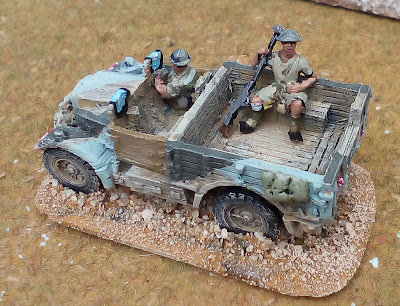 The occupants are 1st edition Airfix for the driver and Revell for the back seater. This last figure is originally seated in a large piece of stowage eating its meal but here is in a much more military attitude holding his Boys AT rifle. 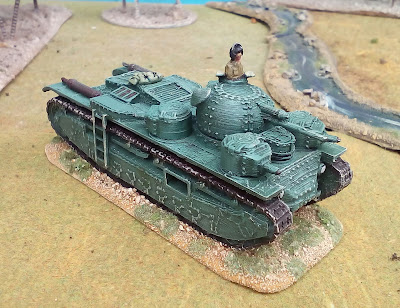 Finally the mystery is unveiled: the approaching monster is the sole Independent A1E1 tank ever made. It escaped Bovington Museum, crossed the Channel, carved a path of destruction in the occupying German forces in France, swam all across the Mediterranean sea (where it may have sunk a German U-boat, but this information is unconfirmed) until joining its comrades-in-arms in the hot sands of the Levant.

The only addition to this gift from Pedro Pato, besides figure and stowage, is the ladder that came from the Airfix Commando box. 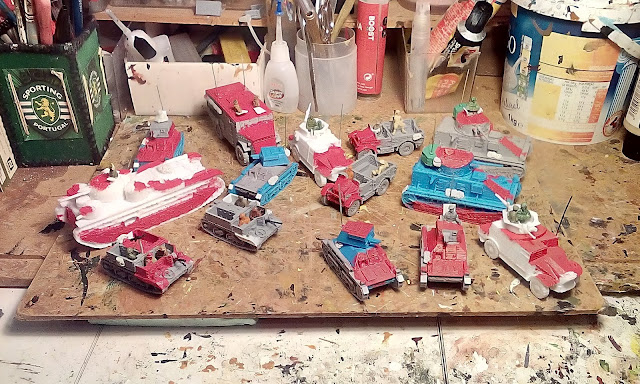 I somehow managed to find a way to reduce the lines of the 3d prints. You can use your oldest acrylic paint, the one that is almost drying is the better, mix 50% of PVA glue, mix the paste (red paste in the picture) and let it dry to loose most of the water. Then apply over the areas with more printing lines. 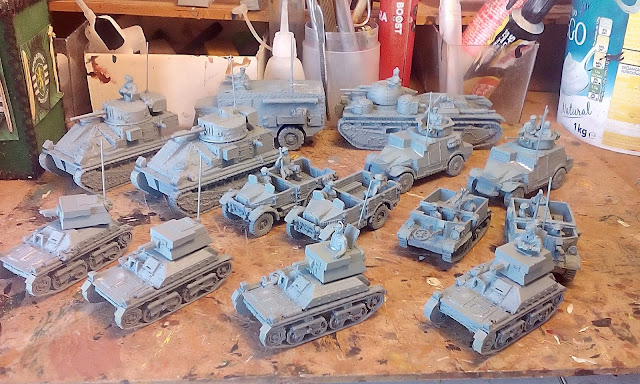 When the lot was primed the results are visible. Still not perfect but most of the problem is solved.

Next: British Infantry for the Desert 1940-43 or Hannibal's army,

Posted by João Pedro Peixoto at 14:09