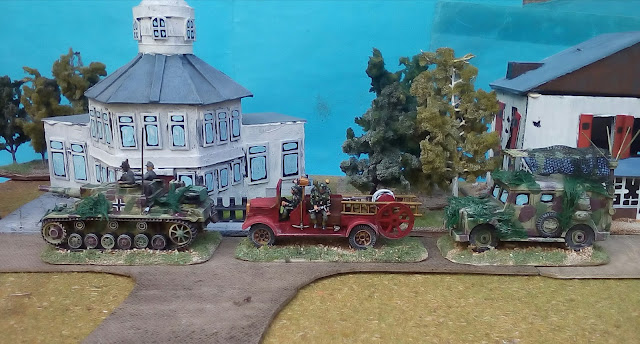 A Group of Germans tries to visit the Arnhem Municipality Museum passing by the famous White house (the Dreyeroord Hotel in Oosterbeek, here slightly misplaced by a few Kms) only to find it closed. Apparently its Regisseur, hearing gun shots around,  abandoned it and threw the keys into the Rhine! Well, without anything else to do on a Sunday afternoon the Germans decided to fight off the pesky British Paratroopers.

I model Wargaming stuff since I was 10, that means for 40 years. From time to time I have to search the old Wargame books looking for inspiration even with the Net packed with stuff from incredible talented modellers. My favourite Rapid Fire! books are many times the source for inspiration, at least for WW2. Looking again into the Arnhem book I signalled many years ago all models that I didn´t have on those days. The list got shorter each year and now the only few things I don't have are the Steyr heavy cars, the Fire Trucks, the Horch Radio cars, the Kriegsmarine infantry and the Sdkfz 251/21 Drilling. I tried to be more picky and looked again inside my usual reference books and found in the Concord book on German Armour at Arnhem by Marcel Zwarts a few more useful stuff to be modelled namely German captured Dodges and Jeeps and a re-used Panhard 178. Also the StuH42 without muzzle on the 105mm Howitzer used by Stug-Bgde 280 showed up. The good thing about all this is that I had material in the stash to fill almost all of these blanks.
The good news continued as by looking into the RF! black book on the Bulge some of the latter models will also fill some blanks for the Ardennes 1944/45 namely the 251/21 Drillings. 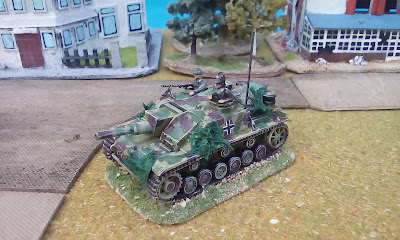 The STUH 42 is an Esci model with PSC crew with cut down muzzle.
The commander got some homemade headphones . 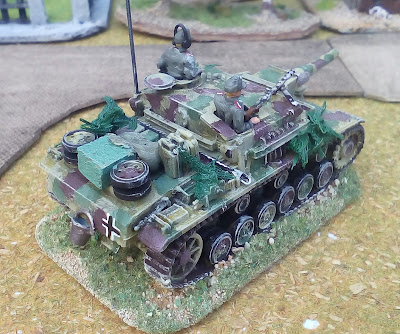 Plenty of stowage and foliage as the ones used at Arnhem. 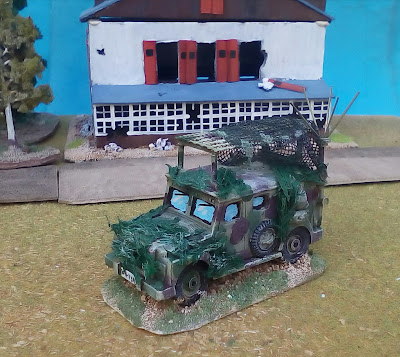 Recognize this one? Me neither. Its just an atempt to make a Horch Radio car from a toy I stole from my 2.5 YO kid. In the morning, when he woke up, the model was all all primed grey, stuck to a base and with a few details. He got suspicious but was never sure! I used plenty of foliage and netting to desguise the original toy and to make it look something like a Horch 901 Kfz 17... 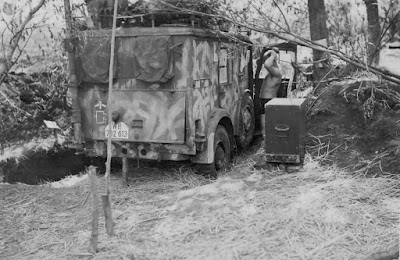 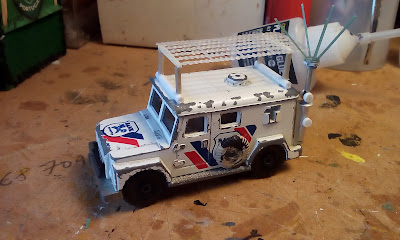 The original toy before priming. A slightly over scale thing but a funny conversion. 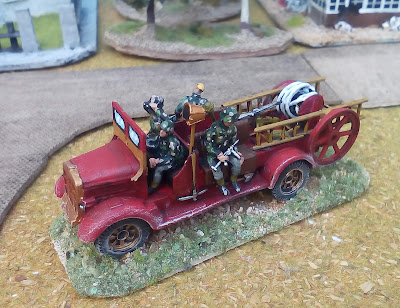 Finally the famous Fire Trucks used by the SS NCO school of Arnhem. They might have looked something like this but they could also have been fully enclosed and more modern. Matt Williamson found a great site from the Arnhem Fire Brigade with two vehicles lost in 1944. One is a fully enclosed -Mercedes maybe- and another has some similarities with the one above. The problem is that both Fire Trucks were commandeered in Leerdam, a place kilometers to the west of Arnhem so I think the quest for the shape and type of these two will continue. As the trucks were used to carry heavy weapons I placed a tripod MG42 inside. After finishing to glue all pieces I found a piece of information that 81mm mortars were carried inside but too late. 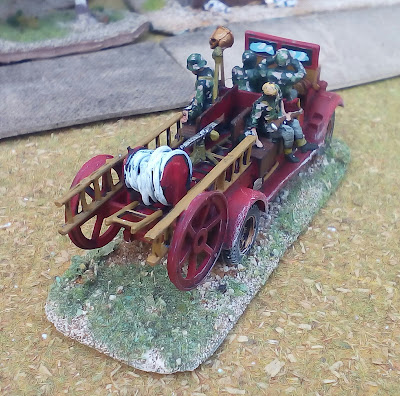 The hoose is made of wire rolled around a piece made of plastic card. 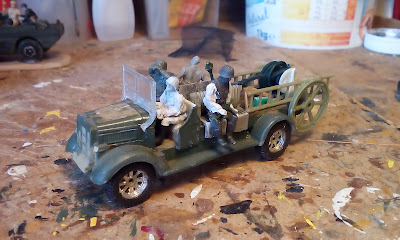 This is the original Hasegawa model still far from over. The figures were all converted to seated people. I think I´ll have to go AB models sooner or later...

Next: wether Hannibal`s army, NW European resin houses or part 2 of this series.

Posted by João Pedro Peixoto at 10:16