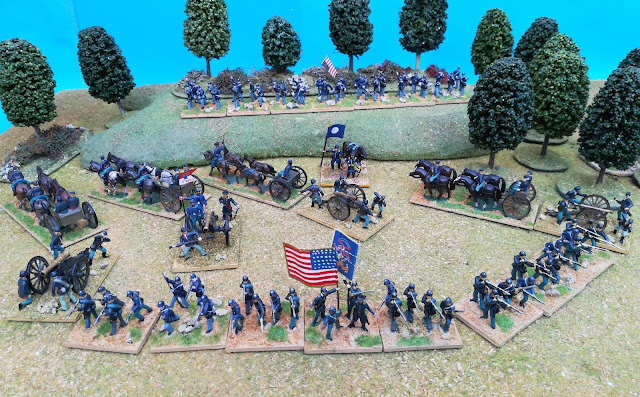 1st of July 1863, Paul's Brigade withdraws north of Gettysburg under the pressure of four Confederate Brigades. Baxter Brigade is installed in Oak Ridge but both brigades will race soon for the safety of Cemetery Hill, behind the line of trees. Well, in fact Cemetery Hill is not there, what lies there is a wall from my yard. 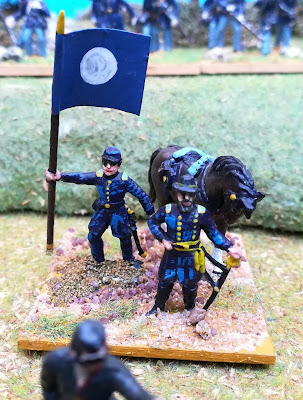 Divisional Commander, Gen. Robinson is a Revell figure, chosen due to the prominent beard the original man had. The standard bearer is a conversion of an Italeri figure. 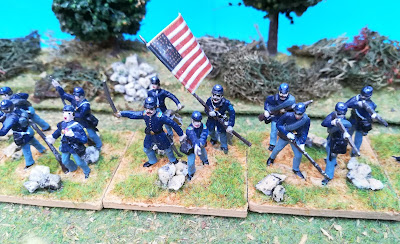 The brigades have nothing special, being made of Revell, Imex, Esci and Italeri. 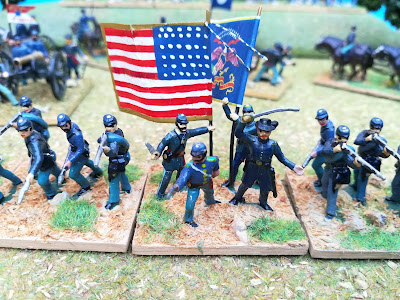 A bit more of the same with some more conversions on the standard bearers. 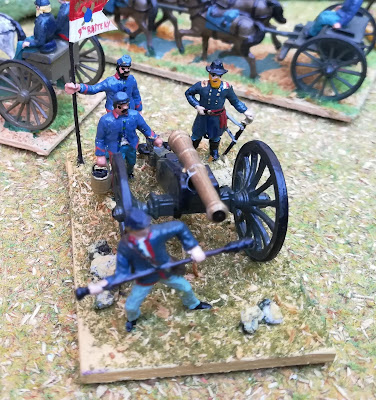 The Divisional artillery, represented by four guns and limbers, have figures from Revell's artillery, infantry and pioneers set. The gun is a conversion of a Napoleonic Esci British gun. 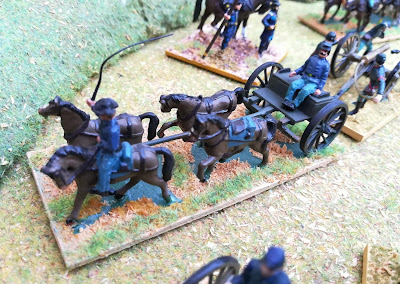 One of the limbers is an old and precious Airfix limber.... 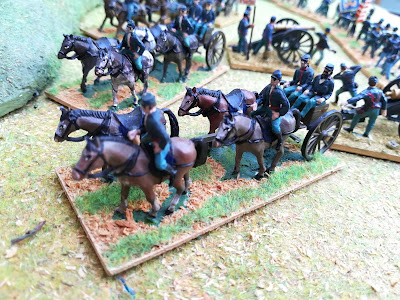 ... and the other three are Revell. Only the strange right arm of the horse drivers was heated and its position changed in order to look more natural.

Next: Doubleday's division to conclude theArmy of the Potomac I Corps, .

Posted by João Pedro Peixoto at 11:56