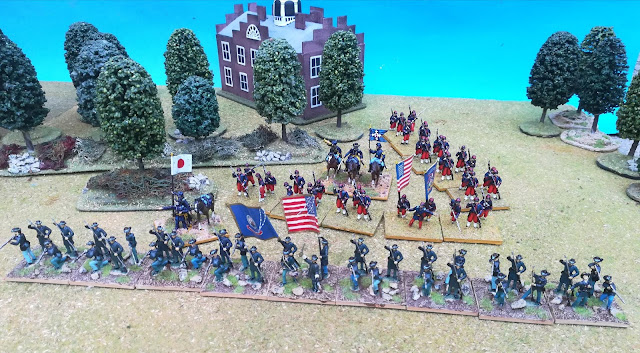 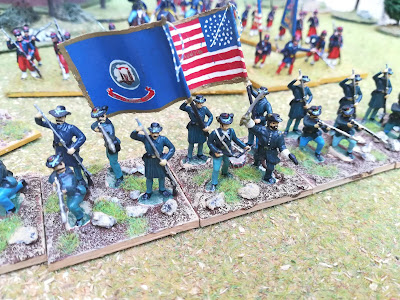 The figures of the Iron Brigade (Meredith`s), represented here by the 2nd Wisconsin, are the Esci figure with the Hardee hat and frock coat plus some conversions from Esci also with Hardee hat on  sack coat figures. The old Airfix confederate officer changed sides and joined the anti-slavery cause. The flags are hand painted from the time when no printers existed. 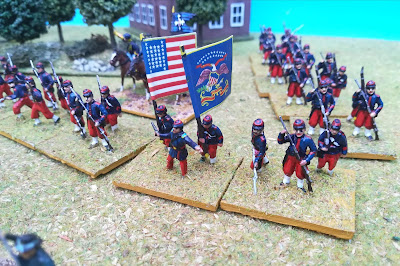 The 14th Brooklin Militia (84th NY) represent Cutler`s brigade and are based on the Hat and Italeri Zouaves all in shell jacket and Revell officer. 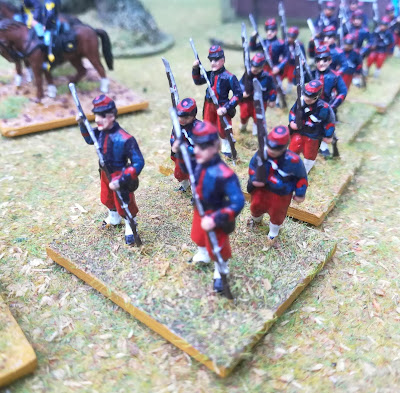 Other figures that joined 14th Brooklin are some conversions on the Chinese copies of the Esci hard plastic WW2 Japanese that you can see in marching position. I only cut the Japanese felt hat on top in order to create a kepi. 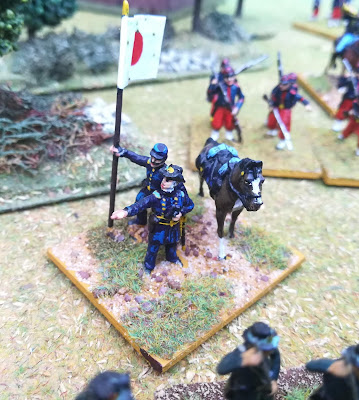 The divisional Co, Gen. Solomon Meredith, is a StreletsR figure with Italeri head with whiskers as the true character. 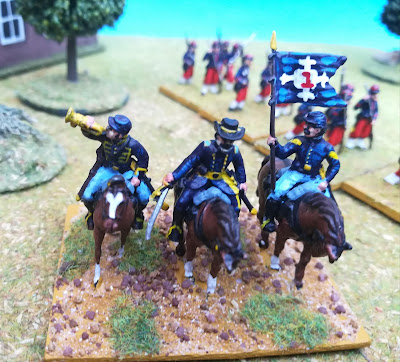 Gen. Abner Doubleday assumed command of I Corps with Gen Reynolds death on the first day. But on the second day the command was given to Gen. John Newton. This Italeri figure represents the bearded John Newton who fought on the second and third day of the battle.

Next: More Army of the Potomac with Robinson division.

Posted by João Pedro Peixoto at 06:15