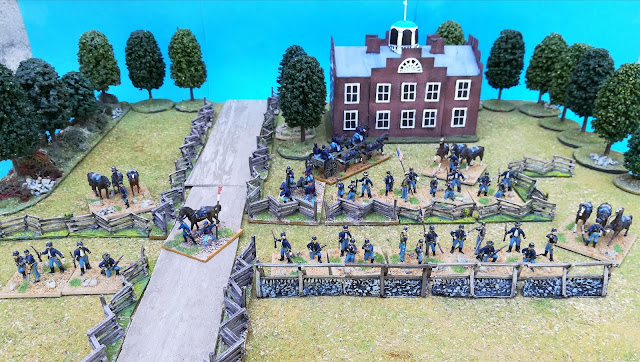 When I was kid, maybe around 8, my parents bought me my first ever box of soldiers - Airfix Napoleonic French Infantry. Soon the British followed and from then on it never stopped.
In a world were Cowboys and Indians ruled the adventures of model toys I also found a few days later that the US had a Civil War when I found the Airfix Union and CSA little soldiers. They were just lovely, with beards and chunky looks. And finaly a real war in America, not those small Hollywood skirmishes between Indians and Cowboys with six guys per side. That's nothing! I started to read about the ACW in encyclopedias and such, and yes, that was a real war with big battles and lots of soldiers. Then Esci showed up with slimmer figures that also looked nice, Irregular Miniatures also released another good range and then Italeri. Imex, more recently StreletsR...
In years, up to just a few months ago, I built, converted and painted a few thousand figures, enough to have all units that participated in the Battle of Gettysburg using the nice Fire and Fury Rule set (1 stand of 4 figures equals 200 men). Once again I never made one sole battle but have all units that participated, that is over 30 divisions and around 3000 figures.
Of course a big boost came from the release of the 1993 Gettysburg movie, a great piece of encouragement for any wargamer.
Well people and faithful followers get ready because this will be a lengthy series with around 30 posts. On the other hand as everything is painted and based it will be quick to show. 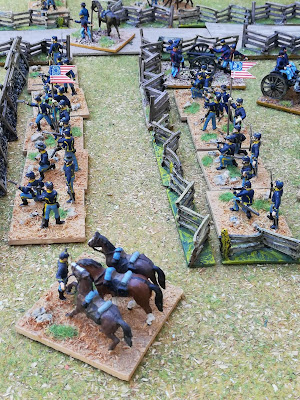 This cavalry division is here defending Chambersburg pike from Hood's division, 1st of July, 1863. In this battle Gen. Buford only had two of its Brigades, Devin's and Gamble's Brigade, but they managed to slow down the Confederates until I Corps arrived.

The figures are Revell, Italeri and Imex. Flags are prints from the web. 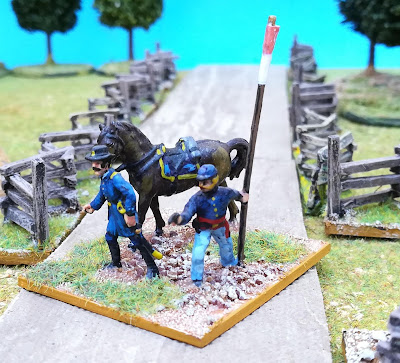 Gen. Buford, originally an artillery figure from Italeri, was painted as close as possible to the character from the movie. 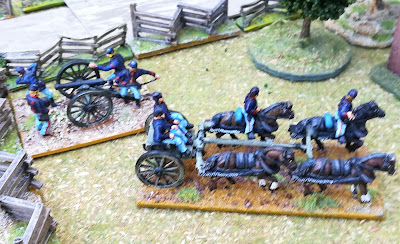 Calef's battery is made of figures with short jackets as it was used by horse artillery. The limber is Irregular Miniatures. 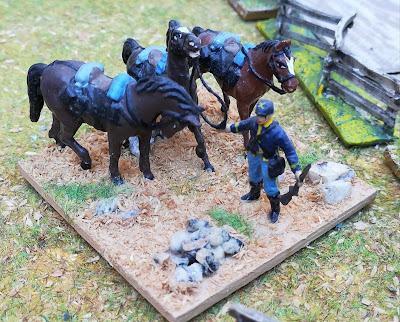 This division has three horse holders made from a Revell Confederate infantryman painted accordingly and three Italeri horses. 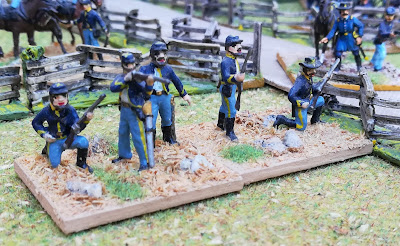 The dismounted cavalrymen are Imex and Italeri. Some of them have new heads with kepi as this headdress was more used by US cavalry than the slouch hat. Also some torsos were used in different legs in order to create more varied poses. 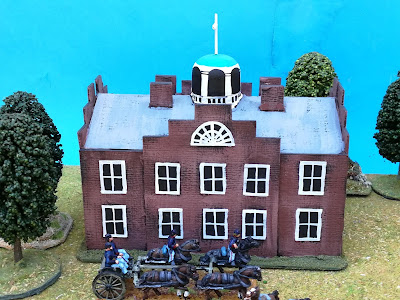 The Lutheran Seminary is a card board construction with its cupola made out from a Kinder Egg. 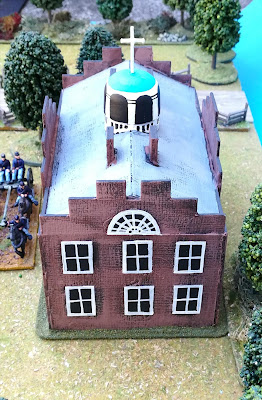 As with all my buildings I glue the windows from the outside as a time saving measure. 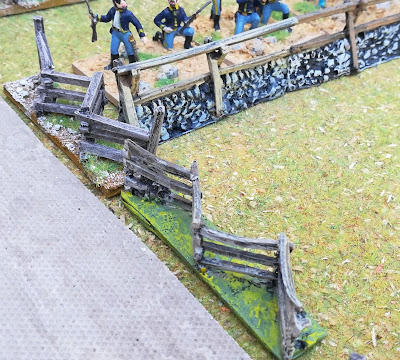 The fences are home made, like the one with a lighter base and the others are Irregular Miniatures.

Posted by João Pedro Peixoto at 06:10