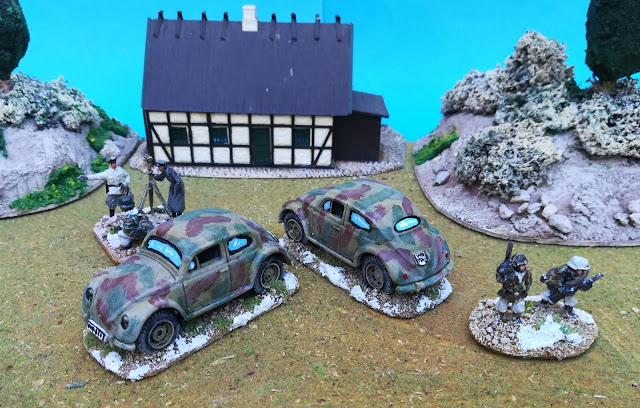 Well, a division is never finished apparently even if you say it is. On a visit to the local ToysR'us I found these two HotWheels 1/72nd scale Volkswagen GmbH. By reading the under part of the miniatures these HotWheels are ex-Mattel from 1989 just delivered in a new electric-tuning-crazy painting. The oval rear window is the main detail you need to have on your WW2 Volkswagen as the bigger rear window only showed up in 1950.

The original wheels were replaced by these ones from the Airfix Hanomag+88mm and some plastic licence plates were added. After repainting, they look the part and now my Volksgrenadier division already has four of these cars with two more missing (total of six, one for each of the infantry battalions).

Posted by João Pedro Peixoto at 15:27