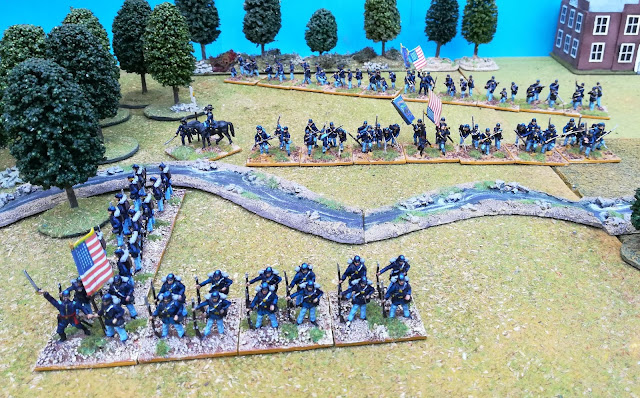 Doubleday's Division, Now Rowley's, due to I Corps commander's death Gen. Reynolds, is engaging the Confederates of Brockenbrough and Pettigrew close to Herbst Woods and along the Willoughby run on the 1st of July, 1863. 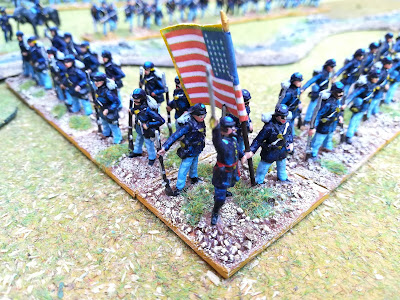 The L shaped Stone's Brigade is made fully of one position of the Union Revell and Imex. 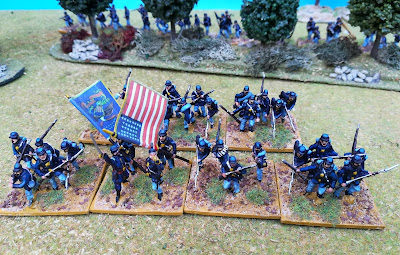 Biddle's Brigade is a mix of Italeri and Revell plastics with some Irregular miniatures with shouldered rifles. This important position for carrying a ACW weapon is absent of all plastic brands until the last StreletsR arrival.

Stannard Brigade was not at Gettysburg on day one but present in the defeat of Pickett's charge in which his Vermont men flanked the Confederate's advance in a very important moment of the battle and poured flanking fire into their advance.

The figures are mostly from A Call to Arms and Esci. 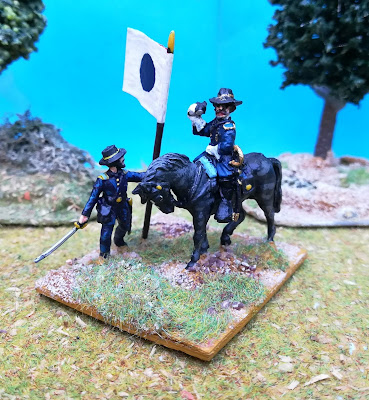 Gen. Doubleday is a figure from one of the StreletsR box of Union personalities.

Next: Army of the Potomac, II Corps.

Posted by João Pedro Peixoto at 12:27