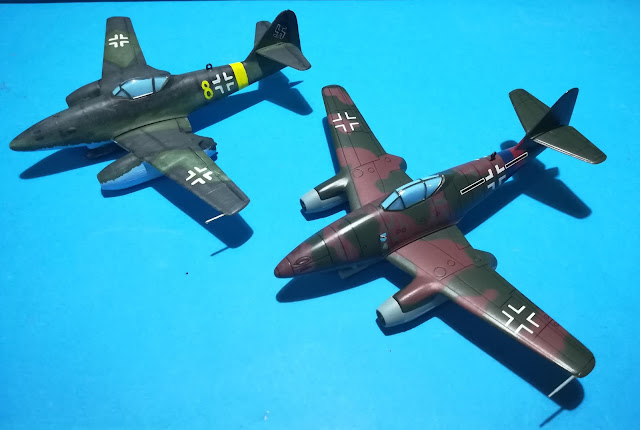 Late Luftwaffe is not something you see much on wargaming tables around 1944/45. May be its because of the perception that the Allies dominated the skies and it would be foolish to use German aircraft against ground troops.

Lately this misconception has been fought back and some deeper analysis shows that the Bulge offensive was supported by around 2300 Luftwaffe aircraft. Also Operation Bodenplatte (1000 German aircraft) destroyed or crippled many more Allied aircraft than the US acknowledged for decades (around 600, while before the number 300 was the rule).

All this German air activity was important in stopping Patton's III Army  from driving north and cutting and isolating the Bulge: In fact in the first week of 1945 the loss of those 600 Allied aircraft would deprive Patton from an important asset for its goal. On the other hand the Luftwaffe actions would allow the Germans, particularly the SS 6th Panzer Army, to fall back and fight one last offensive action in Hungary against the Soviets.

The first picture shows the state of the art Luftwaffe fighter-bomber of 1944/45, the Me262 jet. The one to the left is the old FROG models and the other is the recent Altaya. 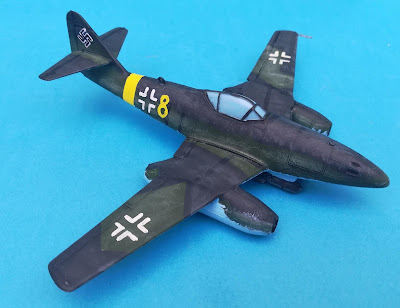 The FROG model is a simple beauty and probably one of my oldest models, even if built and painted only last week. 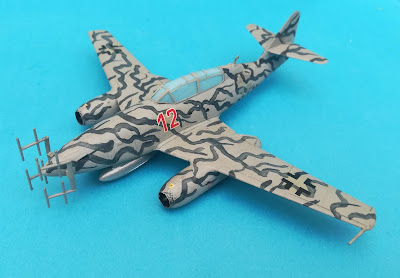 This one is the two-seater Me262 night fighter from Revell. 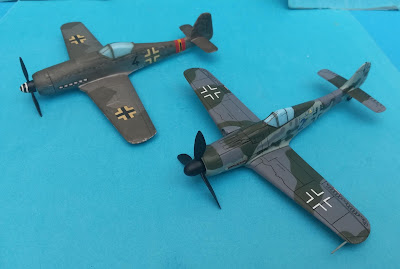 Leaving jets for now here you have two Fw190D, the one in the left from Revell and the other Altaya. 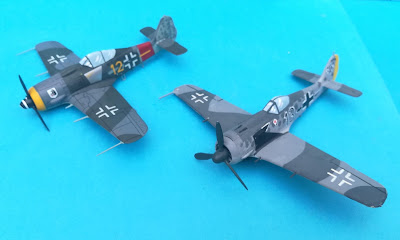 Two Fw190G, left is Altaya and right is Airfix (in fact its 'Pips' Priller Fw around the time of its famous D-Day straffing). 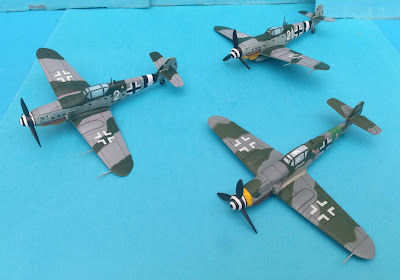 All three Me109G are Altaya. In all of these ten fighters I painted the canopy from the inside with light blue colour leaving the canopy frame as it was. This trick is very effective specially in the Altaya models.

Next: quick return to Volksgrenadiers.

Posted by João Pedro Peixoto at 01:47