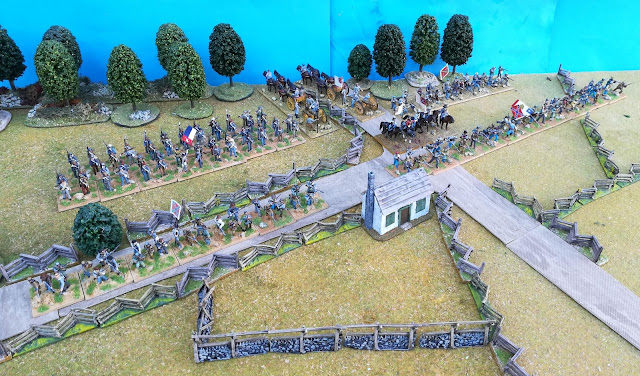 On the 1st of July, Henry Heth's Confederate Division deploys along the Chambersburg Pike and around Herr's Tavern in order to advance on the dismounted cavalry of Buford. The division rested on the second day and was engaged again on the third. The result of two days fighting was the highest casualty rate of the A.N.V at Gettysburg with 50% casualties. 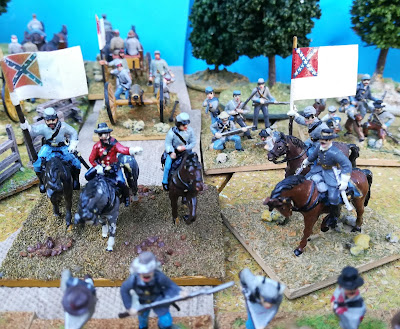 On the left you can see the 3rd Corps commander Lt.Gen. Ambrose P. Hill in his distinctive red shirt. The figure is a conversion from somewhere I can't remember with the head from Revell. To the right Gen. Heth is another conversion using a Italeri body and an Imex head with the proper moustache.

Archer's Brigade is moving to face the Iron Brigade. The figures are some of my oldest with plenty of head swaps.

Pettigrew's Brigade of North Carolinians was the biggest of the A.N.V. The figures are from Revell, Italeri, Imex and Airfix. 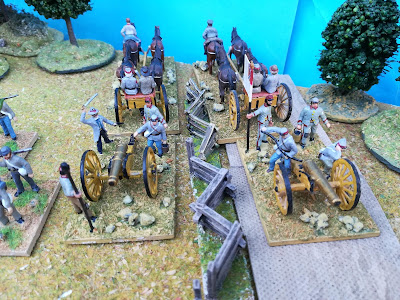 The usual mix for the artillery: mostly Revell figures but from different boxes including the Pioneer's.

Brockenborough's Brigade includes some of the ACTA figures including the laying down ones.

Davis is heading his men towards the Rail Road Cut were many will get trapped. 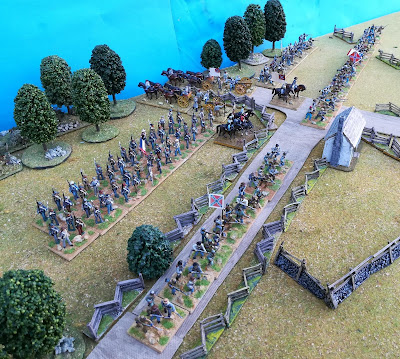 Side view of Heth's Division.

Next: Pender's Division, the Army of Northern Virginia.

Posted by João Pedro Peixoto at 08:08