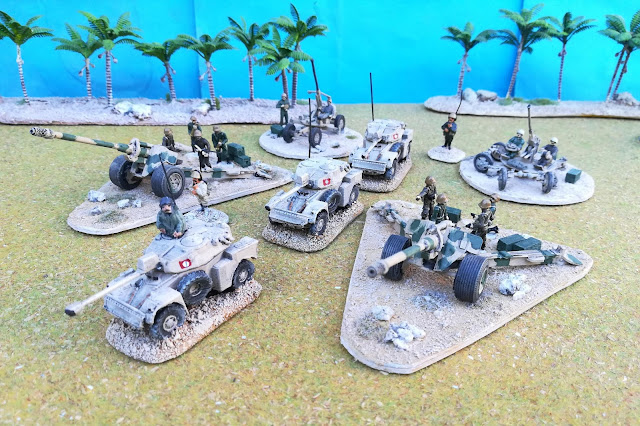 Both the Reconnaissance Battalion and the Artillery Regiment of the 5th Iraqi MD are still incomplete. The Recce battalion is still missing the BTR-50PU and the artillery has even bigger problem as main source indicates 2S1's as the SPG of the regiment. The problem is that such allocation of 2S1 SPG's is unlikely as Iraq received 50 of them and the 3rd Saladin AD seems to have collected all of them. Once again as both the 5th MD and the 3rd AD operated in the same area there may be a understandable mistake here. Nevertheless I keep without knowing which kind of SPG did this regiment had - if any. 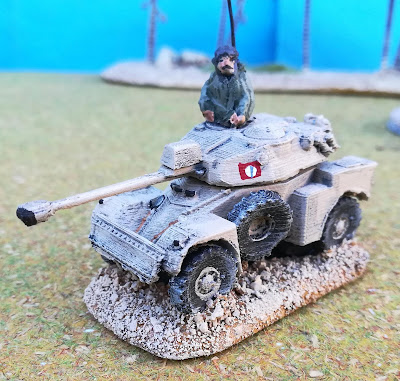 Regarding what is already in the shelves ready for a fight against the glass, the Recce Battalion has three of the BPM Panhard AML. I just added the optical range finder and some crew. 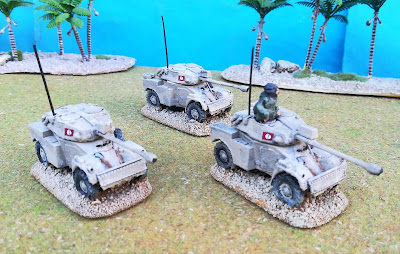 May be one day I make a few of them for the Portuguese wars in Africa... 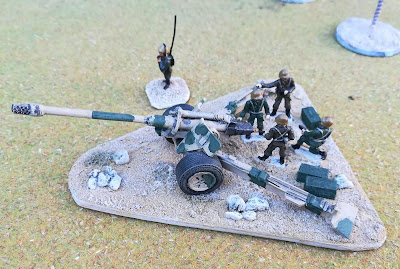 The artillery is the Soviet M-46 130mm. I used some parts of the Irregular Miniatures Really Useful Guns range and scratch built the rest with plastic card and tubing. The wheels are from a 1/43 scale rally car.  The figures are Skytrex WWII Americans turned into Middle Easterners. 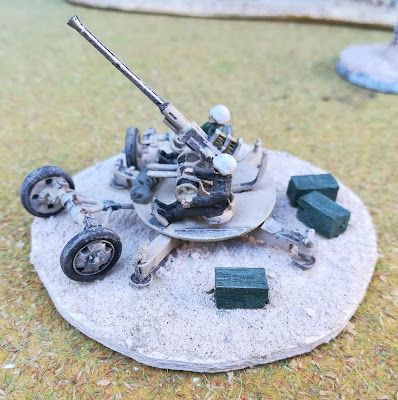 Finally the S-60 AA guns are in fact 37mm WWII Soviet guns (Irregular Miniatures again). The overall difference is some as the S-60 has a shield and is slightly bigger  but if one day I find them I'll send these 37mm to the infantry as Iraq had over 250 of them. 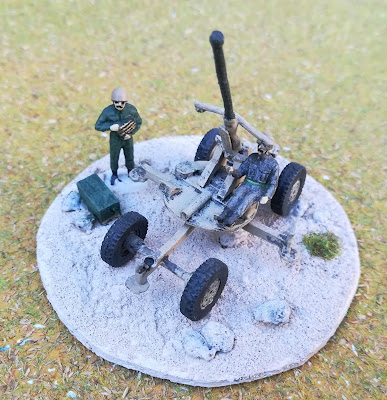 The crew of this AA gun is the Airfix Bofors crew with new heads.

Next: more 5th MD and its Artillery Corps support or the attached 20th Infantry Brigade.

Posted by João Pedro Peixoto at 12:59