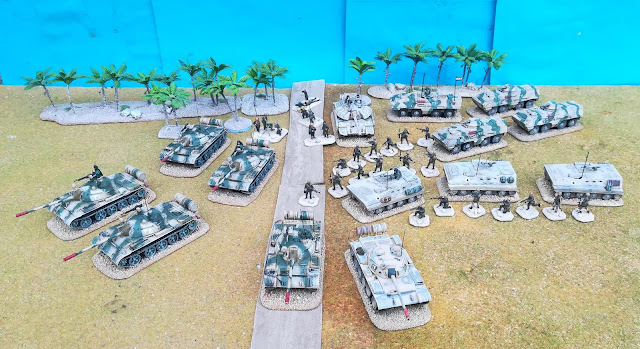 The 20th Iraqi Mechanized Brigade gathers around a wadi in southern Kuwait to support the attack on Khafji on the 29th January 1991. 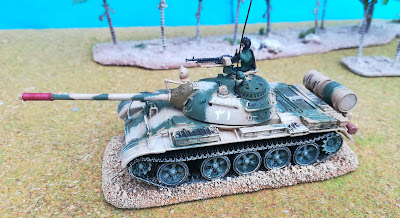 The Armoured battalion of this brigade (the 10th Armoured Regiment) was built around the Hobby Master Die-cast excellent T-55. A very important detail is this model is its metal gun barrel which makes it long lasting. I only added a few crewmen and  repainted a few parts including the main symbol of this Regiment, the red bore evacuator. 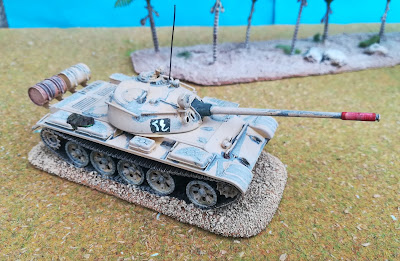 The only non-Hobby Master model in this regiment is this Ace T-55. 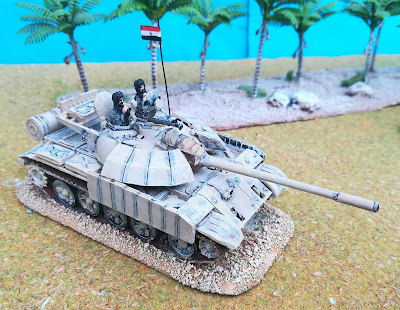 The command tank of the regiment is another Ace 'Enigma' T-55, this time with two Skytrex figures. These command tanks had no markings whatsoever which led to some confusion along the years. 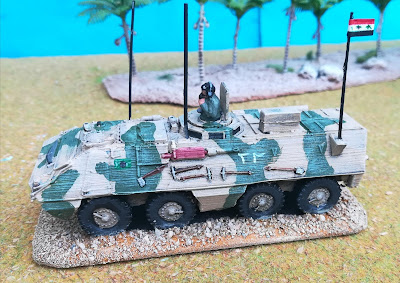 Now problems begin. I couldn't find any certainty about the APC's that the three mechanized battalions of the 20th Brigade had. One source says BMP-1, but I think this is due to the proximity of the 3rd Saladin AD. A picture shows a K-63 with a unit's rectangle that may have been from this brigade. To add to the confusion, the 5h MD had during the Iran-Iraq war plenty OT-64 Skot. So I like to think that each of the three battalions had one of these APC's as its main vehicle.

So I placed in the 2nd Battalion the OT-64 from BPM, which is one of their best models, simple and with very few printing lines. One of them was converted to a command version. 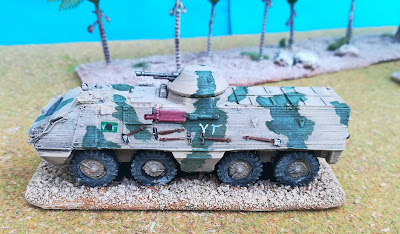 The other three are normal OT-64. Maybe even they were  never in the OB of the 5th MD as some sources say this division was fully tracked in its APC's but I like to think the opposite. 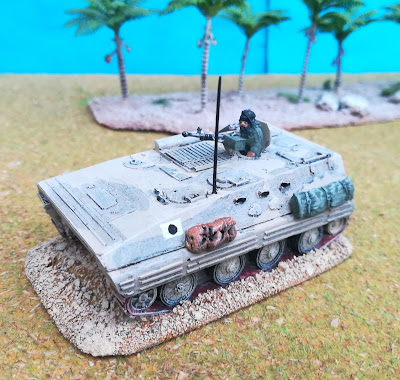 The 1st Battalion is equipped with K-63. This time I had no patience  to build my own 'JP models' and used three S&S models. They are the same length as the Red Star and my copies but a bit wider. As S&S are more recent they probably made it closer to the real vehicle. 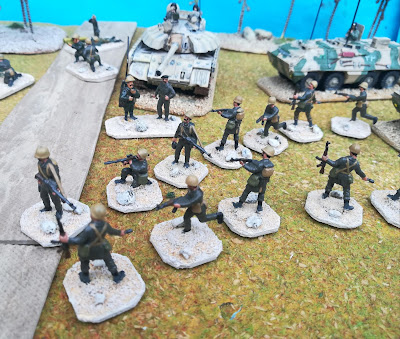 The infantry are my usual Esci conversions with Modern Russian and Vietcong bodies and WWII US heads. 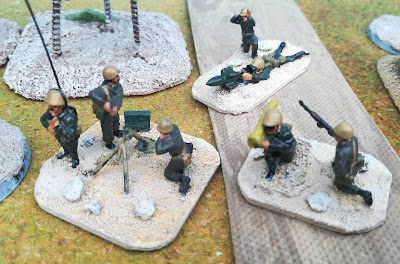 The support weapons are a mixture of WWII US figures and Skytrex metals. The mortar crew includes a conversion of a Matchbox British paratrooper.

Posted by João Pedro Peixoto at 06:20