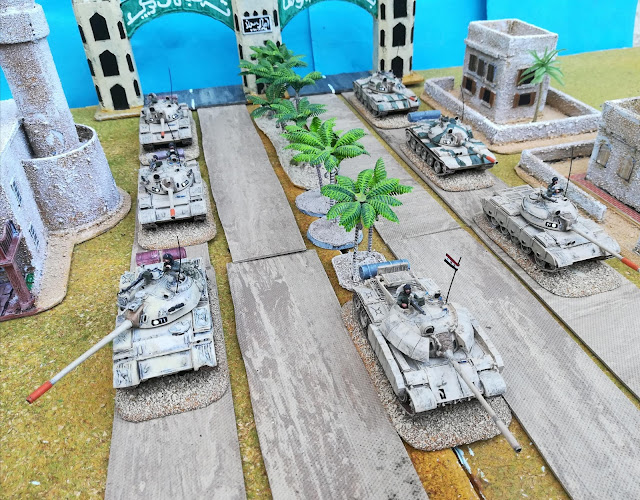 Here the 5th Armoured Regiment (T-59 tanks) enter triumphantly the Saudi border city of Khafji on the night of 29th of January and passes under the famous city arch. The T-59 are Cromwell models and the command 'Enigma' tank is Ace. 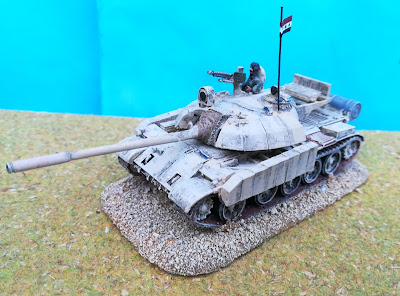 The 'Enigma' Ace model is not the easiest model, which is the usual with this brand, but the final result is quite good and the model is quite sturdy. 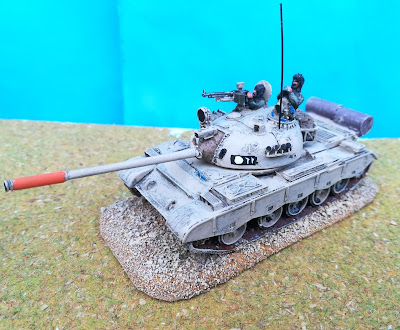 The resin T-59 from Cromwell is very well done, easy to build and quite detailed. The figures are metal Skytrex. 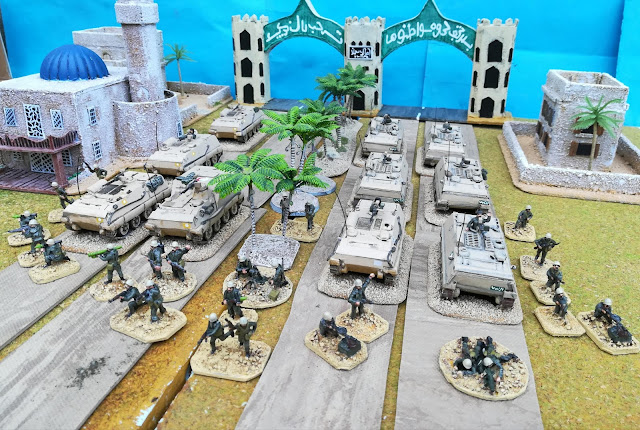 Up to now a total of 10 K-63 APC are the three Mechanized Battalions of the 15th Brigade. The ideal number is 12 though (4 in each battalion, 1 per company, plus a command version) so still two command K-63 (YW701) to go. The infantry are the usual Esci conversions with many Irregular Miniatures figures. 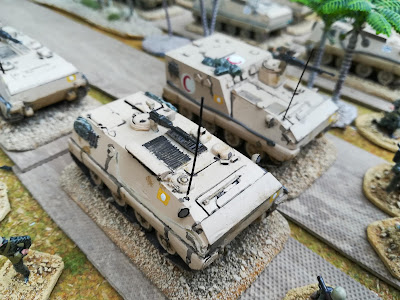 Half of the K-63 are resin Red Star models with Skytrex metal HMG. The YW701  also got a DSKH 12,7mm from Skytrex. 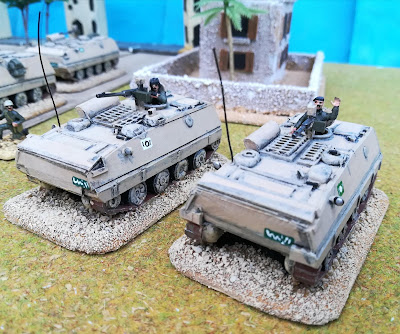 The other half are my own builds. I copied the Red Star measures and duplicated them in Evergreen plastic card. Its not complicated mainly because of the straight lines of the K-63. The HMG's are also scratch built. The top grill is made of some plastic pieces I had around and the hatches are two component paste.

The more difficult are the wheels. As you can see on the JP model (JP its me...) on the right I made the wheel with cut down cylinders from plastic tubing. Then I filled them with two component paste and finally an even small cylinder right in the middle. It was a repetitive procedure but it paid off in the end. On the left you have another Red Star model as comparison.

Posted by João Pedro Peixoto at 02:12