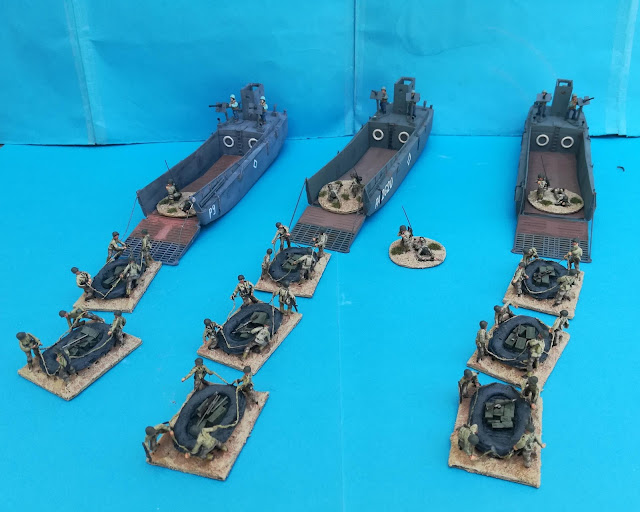 I told you that I would show you WN71 but I lied. Instead let's see the first Americans of this Omaha series, namely the US engineers. 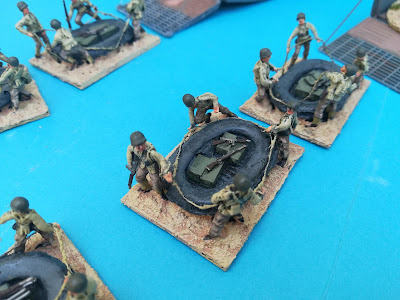 Most of the engineers material was transported in rubber dinghies. I casted a number of them from the Airfix US Marines box and made these vignettes small enough to go inside the LCM's of the engineers but big enough to be pulled by groups of 4 men. 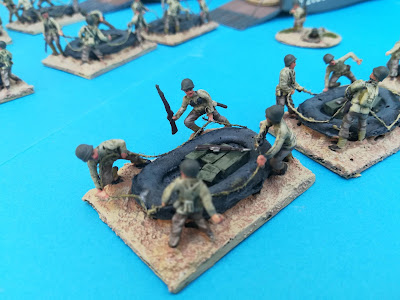 All plastic boxes of US Infantry were used: Atlantic, Esci, Airfix, Matchbox, etc. 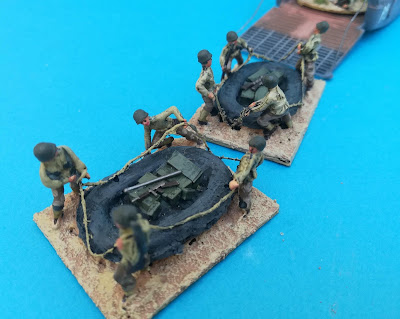 The best positions in my opinion for the task are the grenade throwers, marching guys and those Esci figures of the Iwo Jima set who can be easily converted. 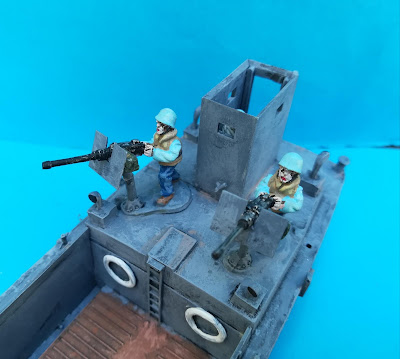 The LCM's are Airfix with added crew from Britannia. Then I only added a small shield to the Browning MG's. 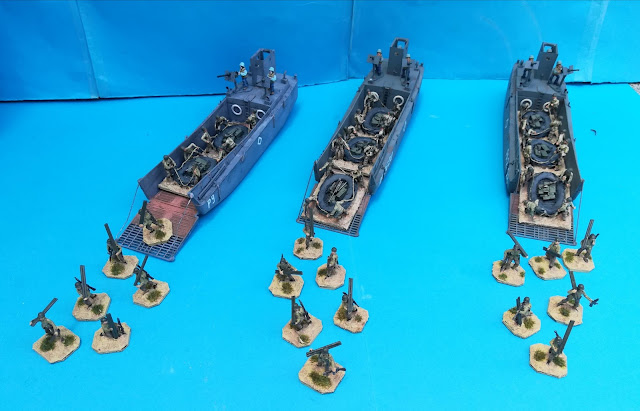 Now the Bangalore torpedoes. The US enginners also carried these torpeoes in order to destroy barbed wire and, hopefully, bunkers. 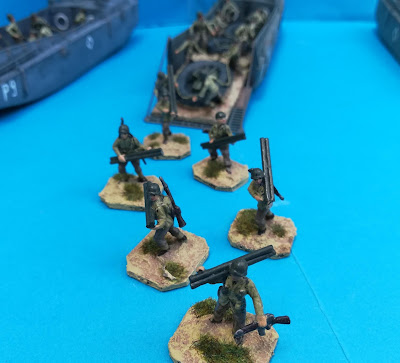 The figures are conversions from plastics with added pieces of Evergreen rod. 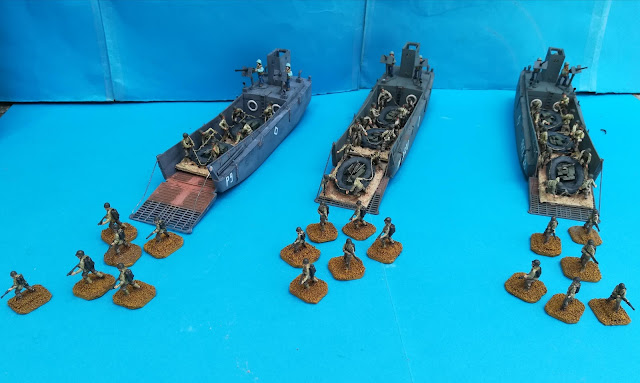 The flamethrowers also acompanied the engineers.  The figures are again soft plastics. 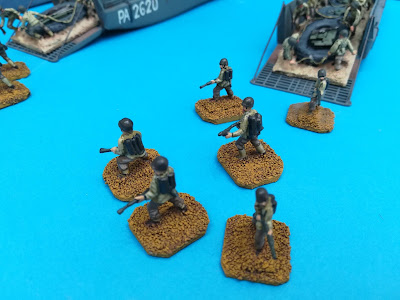