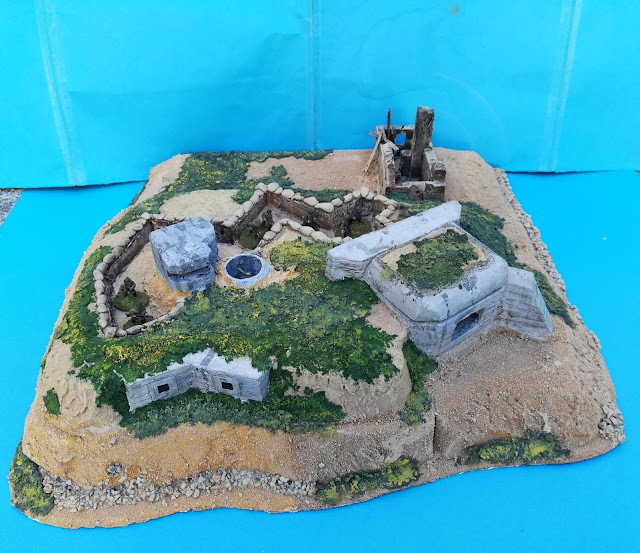 People may think I'm crazy and that I can model 25 hour per day non-stop. Completely false: sometimes I spend an entire day without modelling! Zero, really! (on that day I only read about the hobby). It cost a lot, of course, and then I have to take revenge with many hours in a row grabbing tools, paint and brush.

Well, what really happens is that I model for wargaming since I was 10 yo and I'm 49, in spite of looking like 48. The Iraqi Saladin Division I've showed during last posts started around 1992 and I kept on adding new stuff up to last week. Some 95% of the vehicles and figures are made for years and recently I just based them. The same happens to much of the stuff I show in this blog. Sometimes I start a period like AWI or SCW and produce a few hundreds of figures but from the beginning I now this is a fever that will only last a few months.

Now for this new series. Years ago I made all Wiederstandnest of Omaha, from No60 to No73, also all US and German infantry, tanks, landing craft, beach obstacles, Destroyers, etc to play the 'Bloody Omaha' scenario of RF! D-Day campaign guide. Obviously It took me several months to finish it all. I even played the game solo. The result was dreadful: the table was too short, everything became too crammed and Gockel and Severloh had a true party behind their MG's. Besides there were almost no cliffs and in the end the US infantry could enter all small gaps in spite of dreadful losses! 21st Panzer Division tanks even ended up in the beach fighting with Sherman DD and receiving direct hits from USN Destroyers!!

Now I'm in the process of revamping the WN's and extending the wargame table to the desirable 5 meters. I also collected new information on the recent years on the Omaha events and terrain and to gain inspiration I saw twenty times the movie 'Saving Private Ryan' (fifty times the first 20 minutes, of course).

To each WN I'm adding a new level of blue board  and carving new trenches and adding other details. 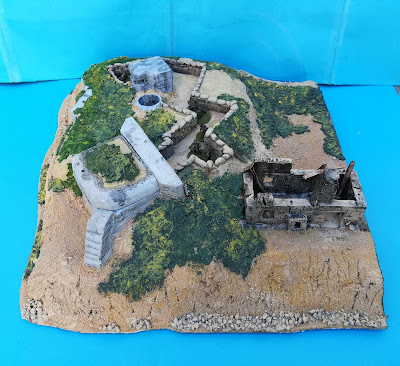 This view is leaning against the 'end of the world' or end of the table (to the right of US attack). Its also seen from the eyes  of the US landing on the area of WN73 (Dog Beach), that is, looking at the beach from the sea. To the right you have the 'Ruined Mansion' and the type 677 bunker with a captured 75mm gun of French origin. On the back you can see the 50mm  Tobruk, the OP and the MG double emplacement bunker, hidden on the left top corner. 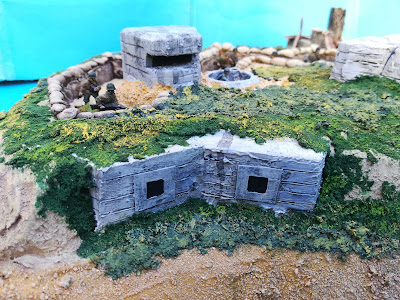 A close up of the double emplacement MG bunker. This one covered the entry of 'D1' exit together with a similar one in front on WN 71 a few meters to the east. All bunkers are made in blue board, carved with an X-acto and detailed with a soldering iron. 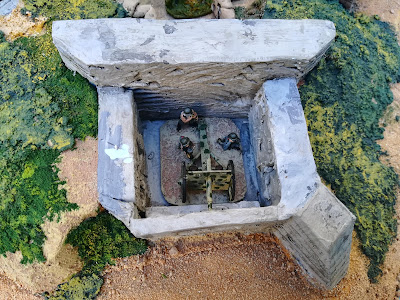 The bunkers has separate roof tops. This one has a 75mm 1897 model (the famous 'Soissante-Quinze of WWI fame) from Irregular Miniatures together with crew. 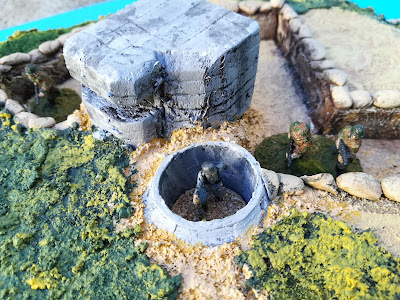 The 50mm mortar is an Esci conversion. The mortar tube was shortened and the bipod was taken out. 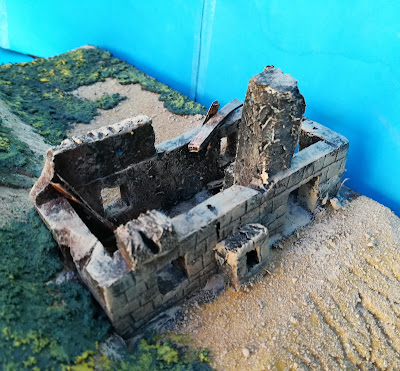 The ruined mansion that can still be seen today in the western tip of the beach. 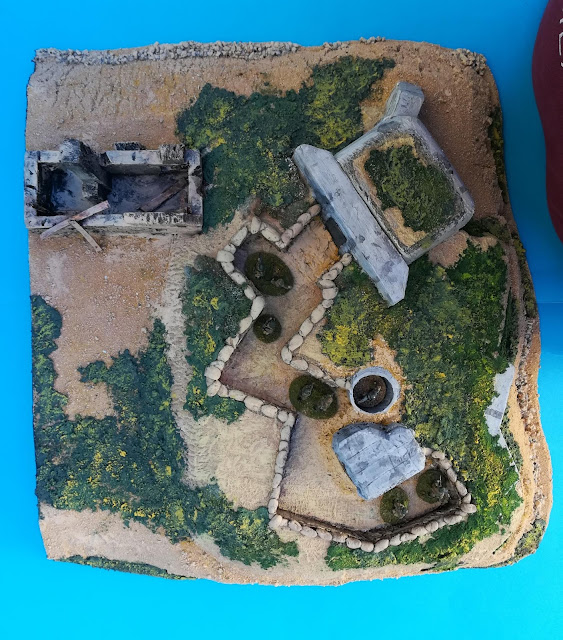 General layout of WN73 (beach is at top part).

Posted by João Pedro Peixoto at 16:52