I wanted something to go along my 4D Topol. Two different vehicles work together with the Topol: a Launch-Assisting Support vehicle and this Troposphere Relay Station vehicle. Both have the same vehicle as basis, the MAZ-543. So I used another 4D model from China, this time the radar vehicle of the S-300 system, as the basis of this conversion. 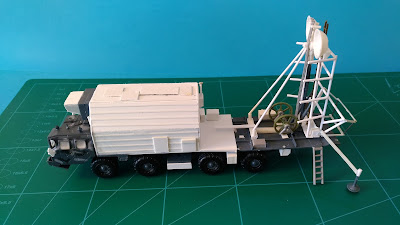 The parts of the original vehicle are in a distinctive grey while most of the scratch built parts are white plasticard. 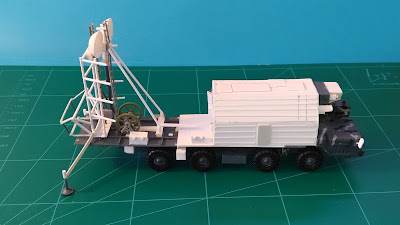 The WWI buffs probably recognize the green Airfix wheels of the Mark 1 tank on the flat bed of the truck used here as the power wheels of the relay system. 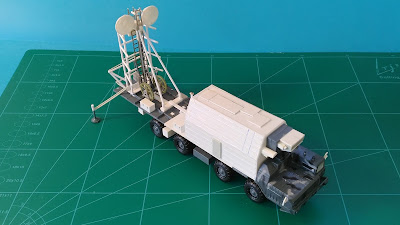 As usual I prefered to replace the flimsy structure of the Relay Station with sturdy plasticard. 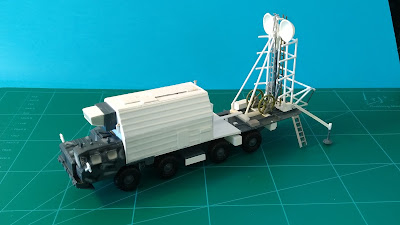 A few other parts were taken from the surplus parts of the Matchbox Flower Corvette, as the stairs and several boxes. 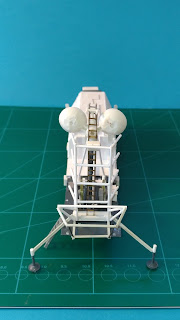 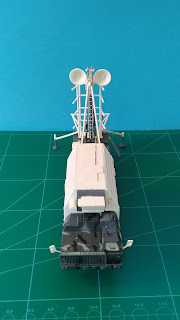 The radar itself was taken from a plastic Chinese toy of a small truck with radar and then carved until the desired shape was reached.
Posted by João Pedro Peixoto at 16:53