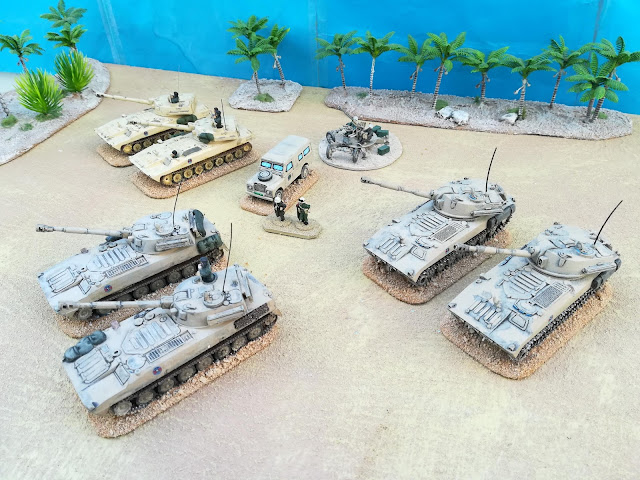 The divisional artillery of the 3rd Saladin AD had 80 2S1 Gvozdika systems and 16 2S3 Akatsya systems divided by six regiments. What I have up to now is the equivalent of just one or  two of those regiments (depending on three models or six per regiment, which is sometimes variable in RF! terms).

The farthest battery (two SPG's) was my first and is made of Cromwell models. The battery to the left is ACE and the one to the right is Armo-Jadar. 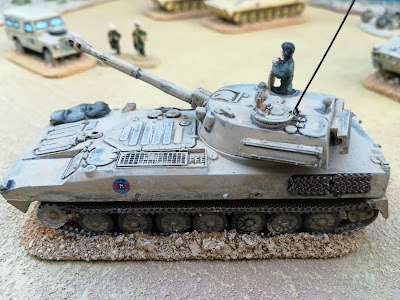 Finally I could build a simple and effective ACE model. Its 2S1 is relatively simple with few pieces which helps a lot the deployment of several of them . 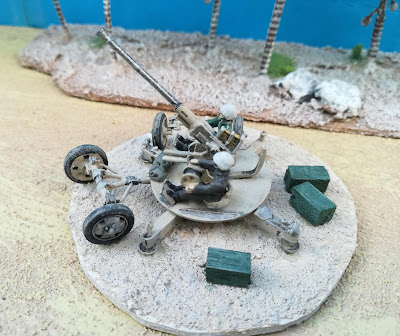 This post concludes my Iraqi 3rd Saladin  Armoured Division. This division alone has 100 model vehicles and around 200 figures and this series of posts were a good way to force me to base all vehicles and finish two or three models.

Later on I´ll do the same with the 5th Mechanized Division, another important part of Iraqi III corps in 1991.

Next: getting back to WWII (No, no Dukirk. The movie didn't sparked any emotions on me regarding getting back to France 1940. Its a great movie in artistic terms but for me it left a lot to desire in terms of magnitude and scope of the events. So what I'll humbly show you next is what happenned four years later in a stretch of land some 8 km long. Any hints?).

Posted by João Pedro Peixoto at 01:09