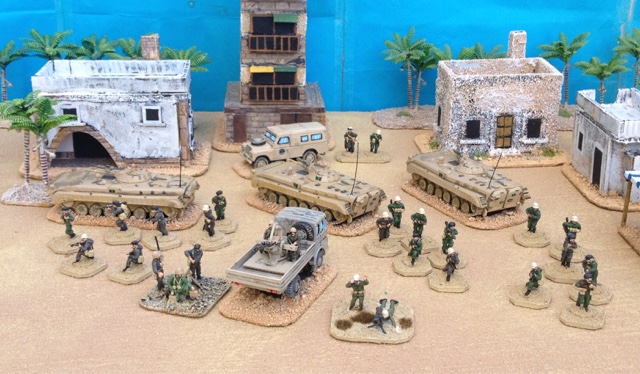 This post completes the 12Th Tank Brigade of Saladin's Division. Here you have its Mechanized infantry battalion (Regiment, in Iraqi terms) made out of 6 men in each of the 3 companies, plus command, AT, AA and mortar detachments. 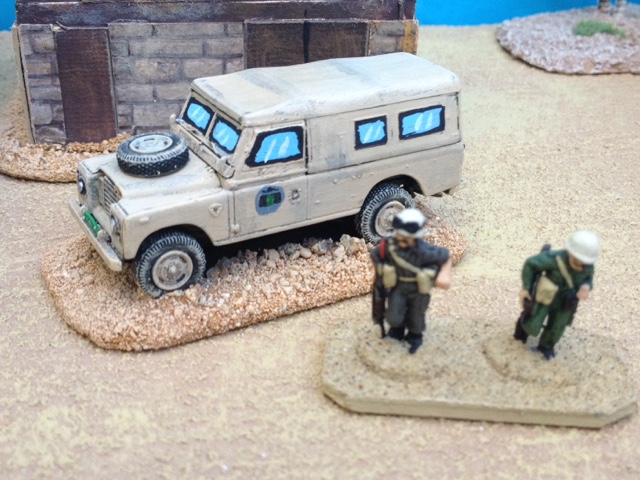 The command of the battalion only has these two SHQ figures, and a Cararama Land Rover. In the future I'll add maybe two more figures and a 12,7mm HMG. 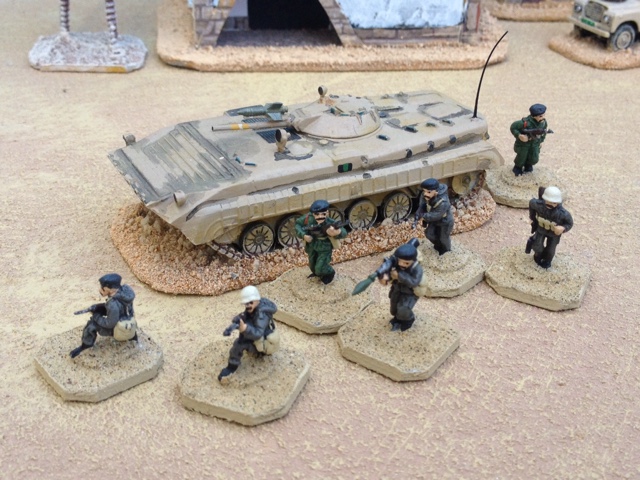 Each company has a Skytrex BMP-1 and six SHQ figures, one of them with RPG-7. Third from the left an Iraqi sniper from the command group looks for a position for his deadly job. 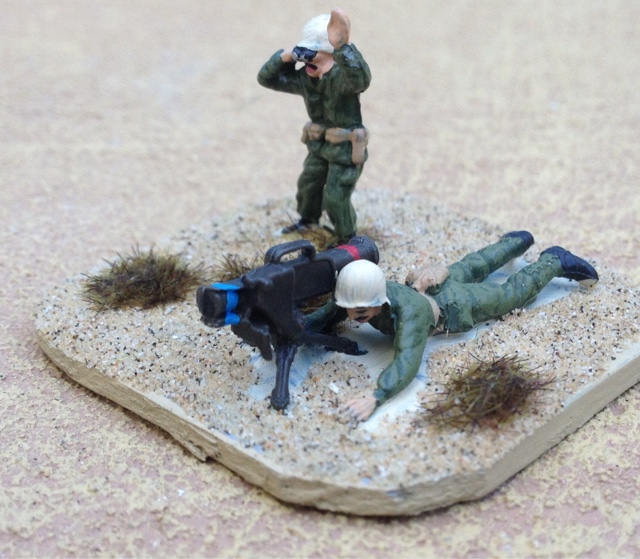 The A/T team has a Milan ATGW taken from the Revell Modern German Infantry, the firer (ESCI US WWII) and a famous figure from Matchbox, with moustache, of course. 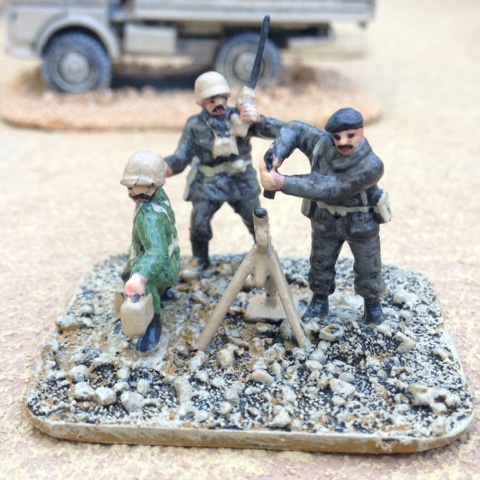 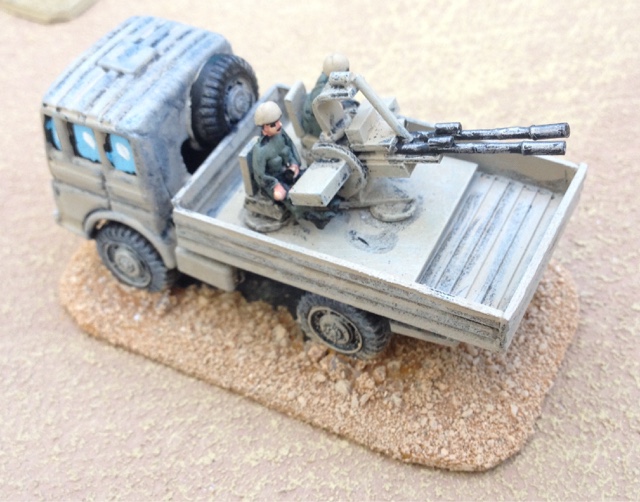 The AA weapon is a twin 23mm mounted on a 3/4-ton vehicle. The twin 23mm was scratch built in Evergreen and the truck is a supermarket toy resembling closely the Gaz 66 or a civilian truck requested for military service. 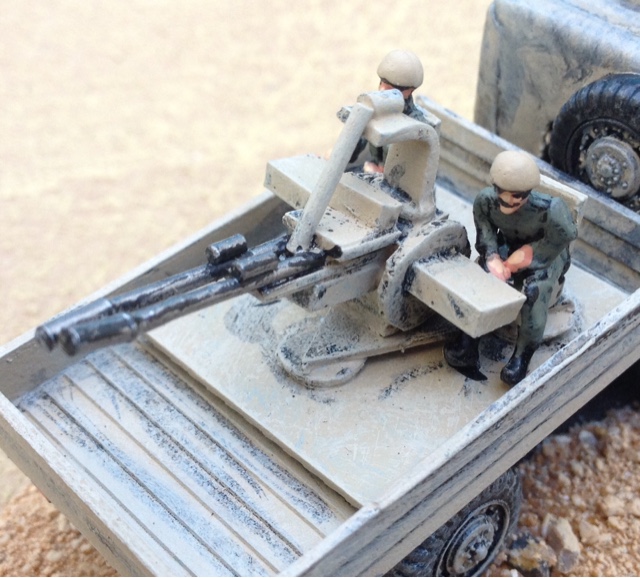 The figures are old Atlantic figures. 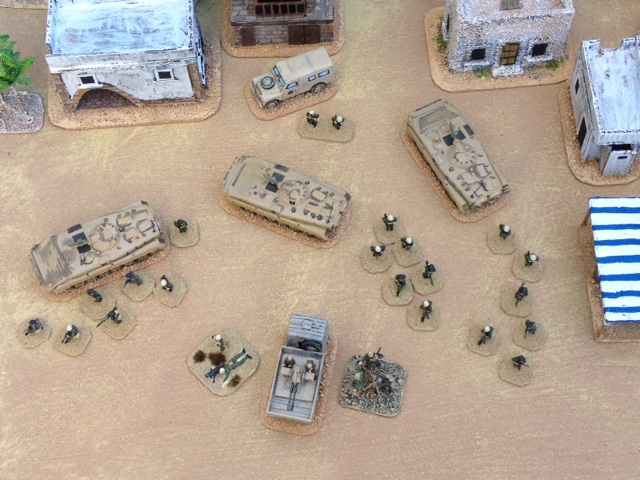 Next: the 6th Armoured Brigade with its T-62's.