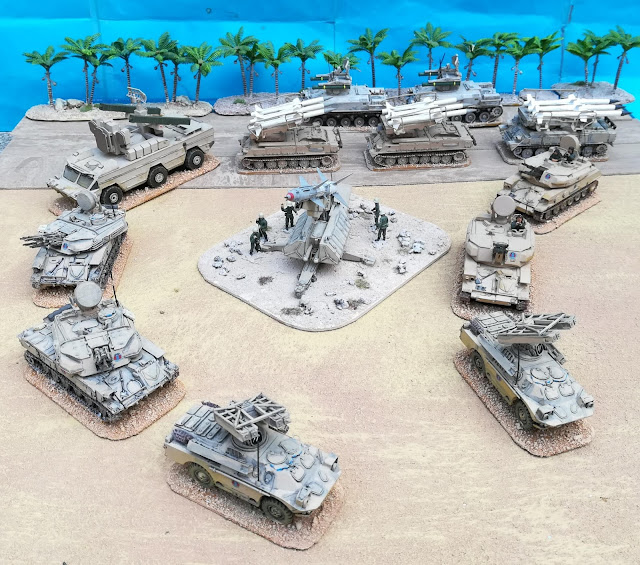 The 95th ADR leaves the highway and rushes to the defensive revetments build by the engineers of its Division. 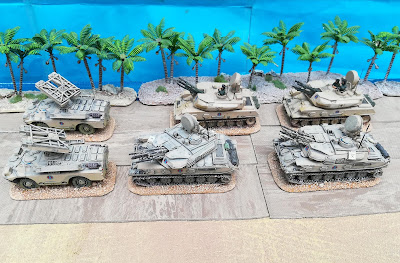 Still incomplete the regiment has four Zsu-23-4 Shilka and two SA-9 Gaskin . The Gaskins are Armo models as well as the closer rank of Shilkas. The farthest Shilkas are Cromwell making this a 100% resin regiment. The figures are metal Skytrex. 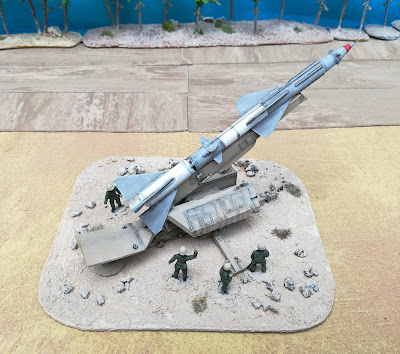 The SA-2 Guideline is no integral part of the regiment but comes from III Corps support. Its a resin Planet Model with Irregular Miniatures and Skytrex crew. 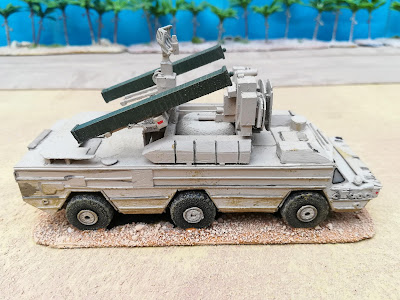 The SA-8 Gopher is another help from III Corps support. The model is entirely scratchbuilt in Evergreen plastics. 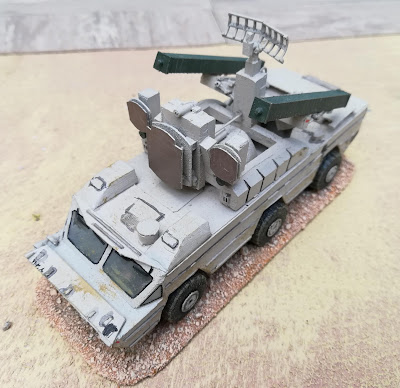 I based this one on 1/35th plans I saw in Millitary Modelling.  On the time of its making there were no commercialy available models of the SA-8. 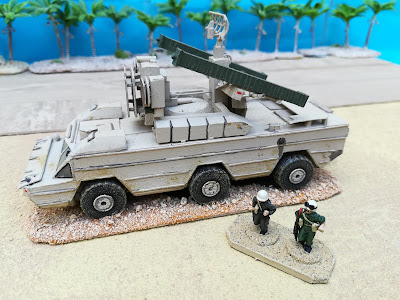 The Iraqi Air Defense managed to shoot most of the 75 allied aircraft lost during the Kuwait war but was almost obliterated in the process. 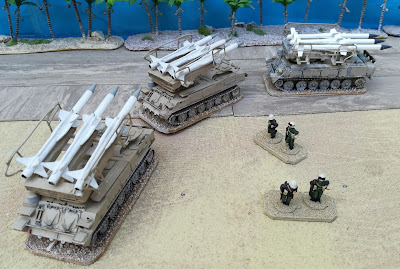 Now some SA-6 Gainful. The first two are Cromwell with additional rails and the last one is a repainted Altaya Die-cast model. 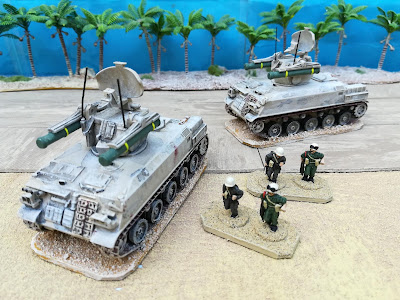 Finally some Roland on AMX-30 chassis from Altaya simply repainted. These weapons were mostly in the Republican Guard units but some elite units of the army also received them, so its probable they found their way up to III Corps.

Posted by João Pedro Peixoto at 11:42