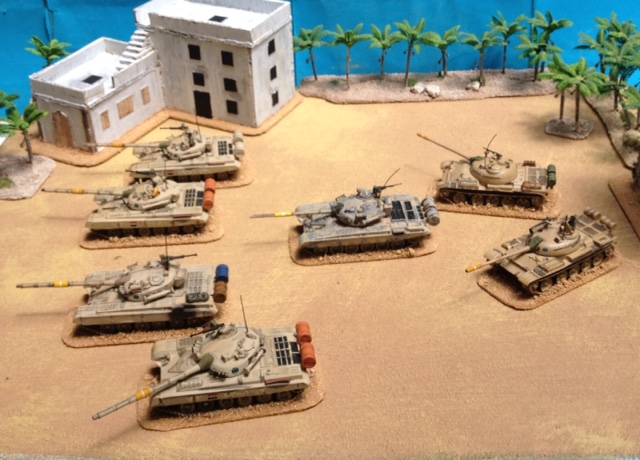 This Regiment is almost identical to the one showned previously. Four of the T-72s are Revell T-80's conversions, T-55 are also Skytrex and only the T-72 of the Regimental commander is an Altaya model. 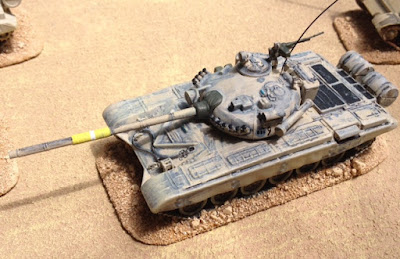 The Altaya model had to be repainted and for this one I only added the Chinese electro-optical dazzler you can see on above the number '9' that identifies the Co of an Iraqi tank regiment. 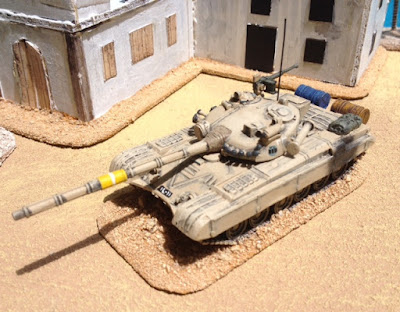 The last of the conversions of the T-80 into a T-72: again the Chinese dazzler and all the add-ons I told you about in the last post. If you compare the Altaya model with the converted T-72 I think its worth the effort as they became pretty similar. 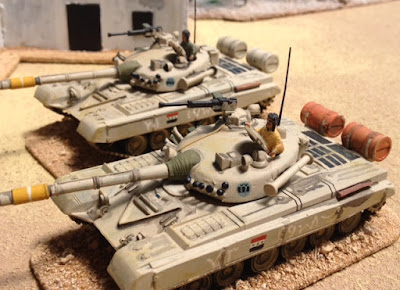 I used as tank commanders the nice ESCI soft plastic tank commander of the Warsaw Pact box. With bended arms they became nicely fit into the turret hatch. I also placed some Iraqi flags on the side skirts of some of the models for colour. 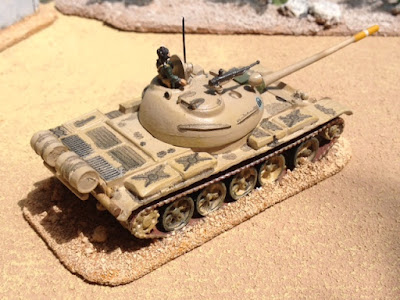 The venerable Skytrex T-55 painted many years ago when I still had all my hair...

Next: the last tank regiment of this brigade.

Posted by João Pedro Peixoto at 05:54