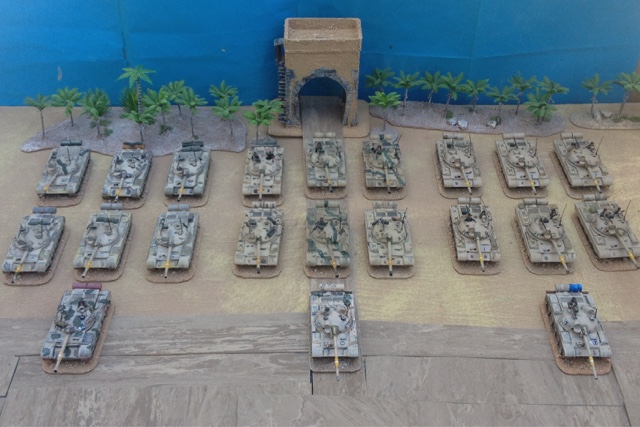 The full 6th Iraqi Armoured Brigade of the 3rd Saladin Armoured Division prepares to leave its barracks for the invasion of Kuwait at first light, 2nd August 1990.

The models are a total 21 T-62's mostly from ESCI but also a few Altaya Die-cast and Chinese copies of the ESCI kits I was lucky to find in a Lisbon's Toys'R'Us shop. 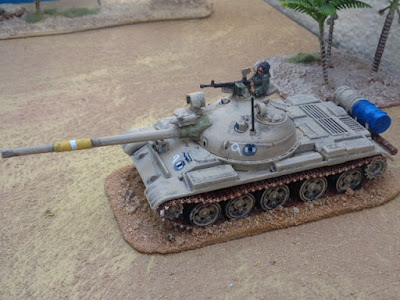 The two Altaya's became the Co's of two of the companies. They needed a scratch built Dshk 12,7 MG, figure, plastic covers for the two searchlights and the laser range finder to properly portray the T-62M version which, alongside the T-62A, made this Brigade. 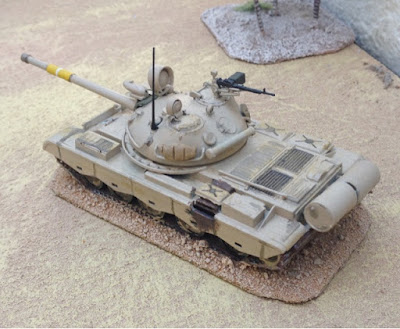 One of the twelve ESCI T-62M. Both side skirts and range finder are already included in the model but again the covers for the searchlights had to be scratch built. 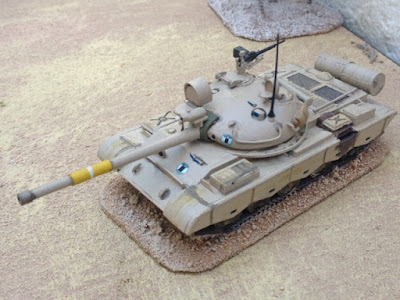 Same vehicle, another view. When this model came out in the 90's it was criticized for being several milimeters too long, but on those days its was the quickest way to find model tanks for Saddam's army. 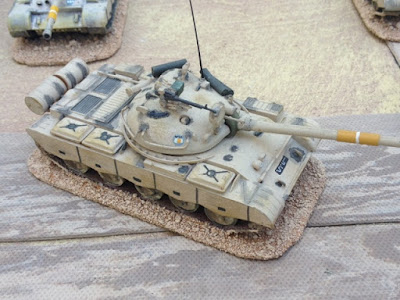 Some of the ESCI models were T-62A models without side skirts and they had to be scratch built in plasticard. 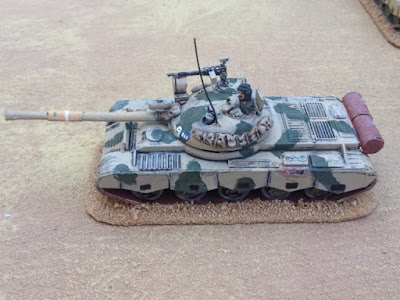 Now for the last seven Chinese soft plastic copies I found in Toys'R'Us inside the usual transparent bag (had to buy seven bags...). As usual they carried a buch of big green soldiers, palm trees and trucks who went to some neighbours kids. There were also other bags with a model of the Merkava, again a copy of ESCI's, but on those days I already started the Lebanon War of 82 in 1/87th scale, so I left the Merkavas aside. 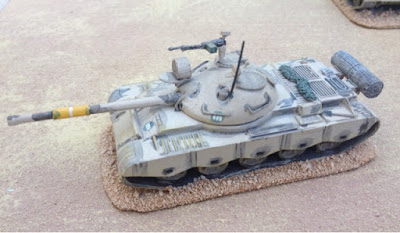 They had to have a number of additions: metal Dskh 12,7mm MG from Skytrex; searchlights, range finders, turret handlers, external fuel tanks, antennae,front excavator tool and side skirts everything had to be built from EverGreen plasticard. Also many thin lines on the front part just beneath the headlights protector had to be sanded.

Placed side by side with the ESCI models the Chinese copies are almost undistinguished from each other if you add the mentioned details to the Chinese copy.

Next: the Mechanized Regiment of the 6th Armoured Brigade.

Posted by João Pedro Peixoto at 06:53