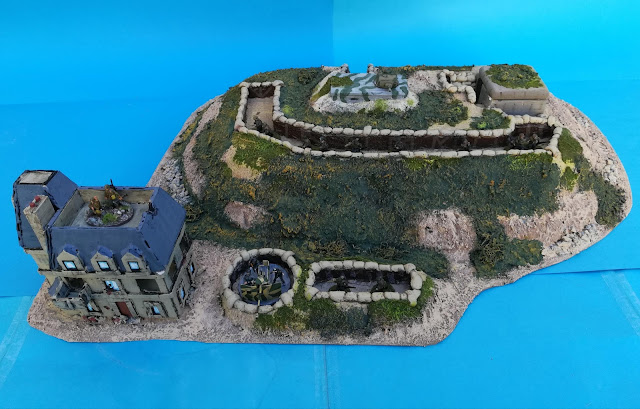 WN 66 was a big Wiederstandnest emplaced right in the middle of Omaha Beach. Together with WN 68 it controlled D3 exit and the way to Saint Lorent. 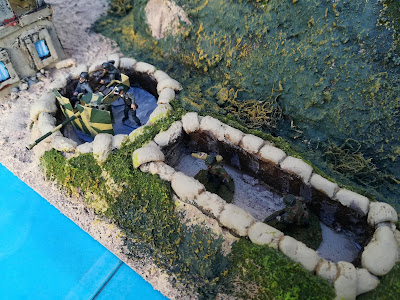 WN 66 not only had defences on the bluffs but also on the beach itself. The 50mm gun is a scratchbuilt and shameless copy of the Britannia model. 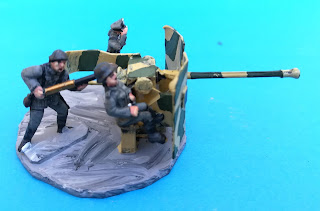 I made it in plasticard and the crew is a seated Raventhorpe figure, the loader is a Fujimi conversion and the eternal officer of the DAK from Airfix. 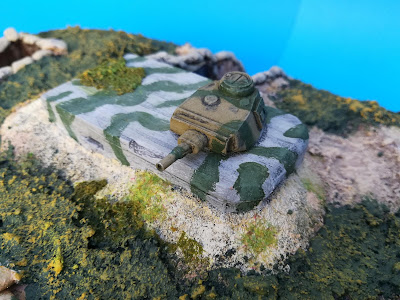 On top of the bluffs the PZIII/50mm turret and bunker is from Frontline Wargaming and its base was stuck and then covered in sand and grass in the middle of the blueboard. 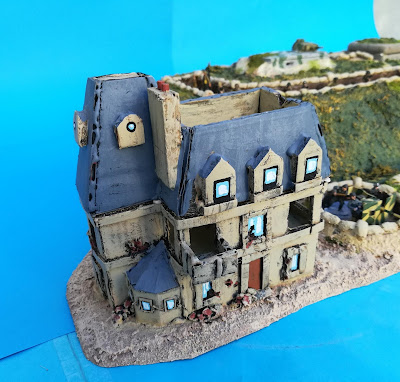 Major Bingham's house is another shameless copy of the Sentry Models made in card. I made it smaller than Sentry's as this thing ocupies a lot of space in the table. In fact, historically, it was placed far from the first line of defences of WN 68 very close to the sea shore but here it has to stay closer due to space compression as Colin Ruford did in his campaign guide. 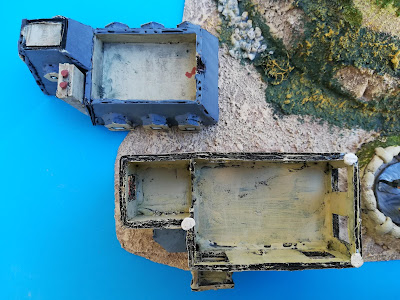 Effects of naval bombing? No. I made it with a lifting rooftop like the one from Sentry Models. 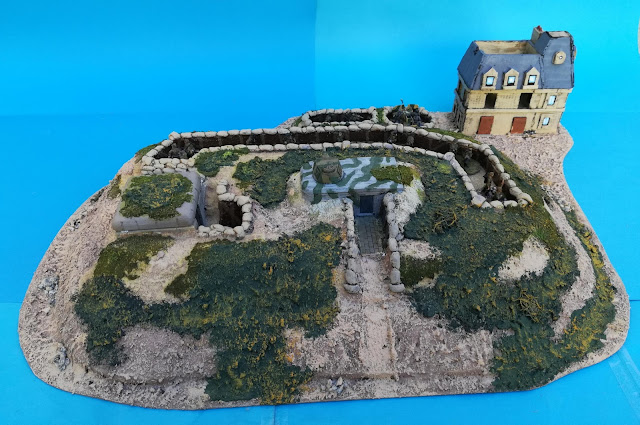 View from the German rearguard.  To the left you have the bunker (can't remember the brand) that controlled D3 closely. 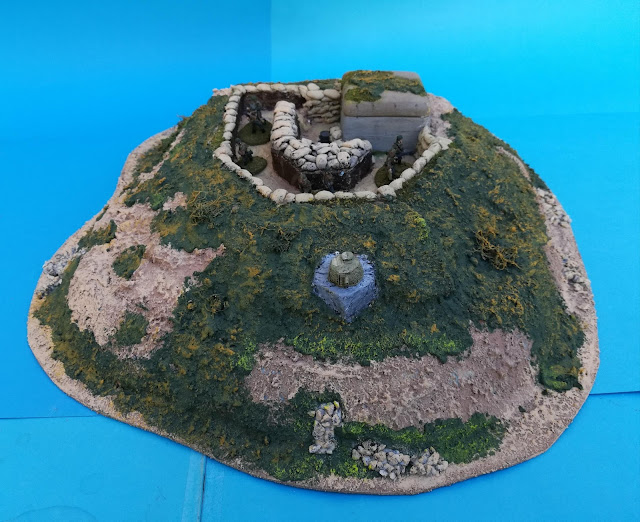 Working closely with WN 68 you have WN 66. I just added the French tank turret with the short Puteaux 37mm gun as extra from the campaign guide. This WN had several of them and gives some extra fire power to this small resistance nest. 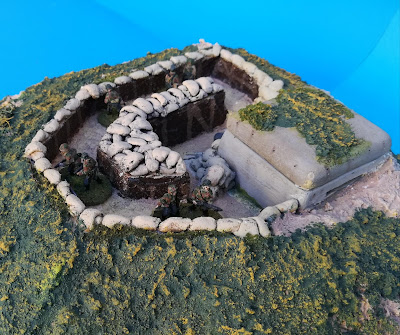 I made the trench net more complex than usual otherwise this WN would be too bare. The bunker is resin from the same company of the similar one in WN 68. 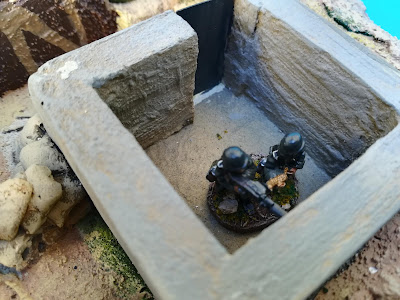 On the its inside the usual MG42 Britannia duo. 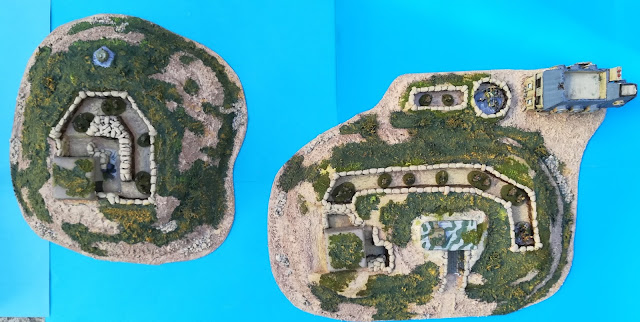 The view from the complex guarding D3 exit.
Next: US LCT, LCA, LCVP, LCI and LCSDRFATGCEVBFM. Or may be the US Rangers or a 1/72
Destroyer...
Posted by João Pedro Peixoto at 12:06