After building the 1/125th scale USN Destroyer from Lindberg I still was feeling that something was missing, that an intrusion happened and that I had to purge myself. It was not 20mm, the true wargaming size, the one with whom we were fed, taught and in one word (or two...), brought upon! Sorry to place tears in your eyes but I just had to say it!
Looking again to the juicy picture on p.32 of RF! D-day campaign guide I could only admire the great work that Richard Marsh made on the conversion of  the Revell Flower Corvette into a Destroyer. With my usual arrogance I thought 'I can do that' and so I bought another model of the Flower Corvette this time for conversion.
There were 13 Destroyers supporting the landings at Omaha beach, 3 of them British. This, and the idea of using a Hunt Class Destroyer in other scenarios, namely British D-Day landings, made me start the work.

Of course a Corvette could never become a Destroyer (a corvette is 60 meter long and the Hunt destroyer is 90 meter) but using the usual compression idea and Richard's example I had a go at it. Again large quantities of Evergreen Plasticard was used. 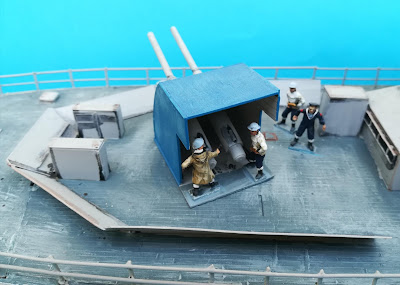 The main focus was the guns obviously for the fire support they could give. The QF 4 inch MkXVI guns were scratch built and the original figures adapted as gunners. 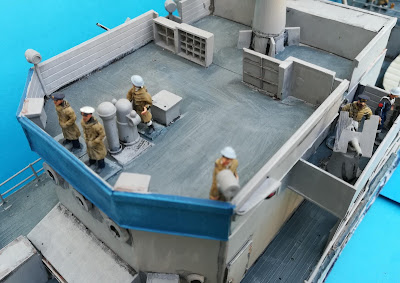 The control room, tower, funnel, Oerlikon AA's and many other had some parts from the original Corvette or were entirely used, something I did all along the conversion as a time saving measure. The big structures had to be made from the beginning as they are completely different. 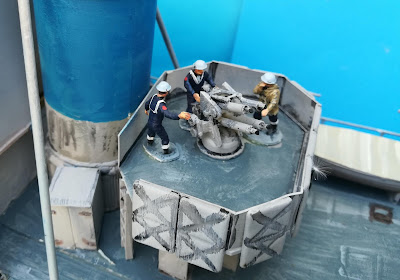 The QF 2 pdr were also scratch built and figures from other sets like the Airfix LCM were adapted to the new task. 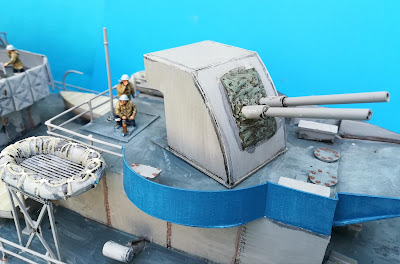 Another view of the big guns and a new castle for them. 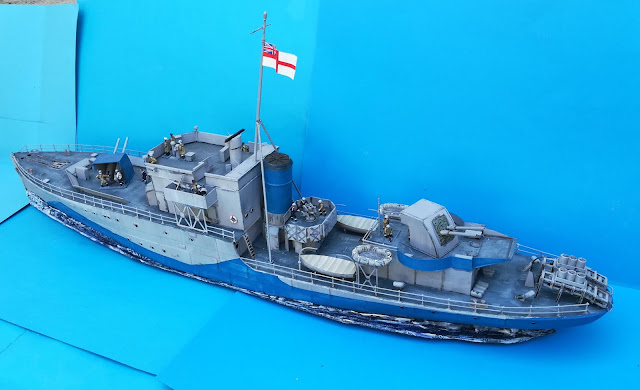 These kind of conversions are for me the most gratifying aspect of our hobby as we keep in the end something that, in spite of its many mistakes, is unique. 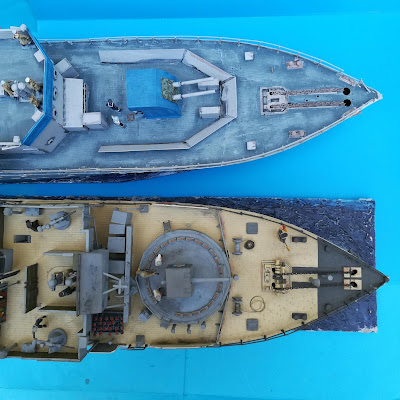 From the following pictures you can see the transformation the Flower had. 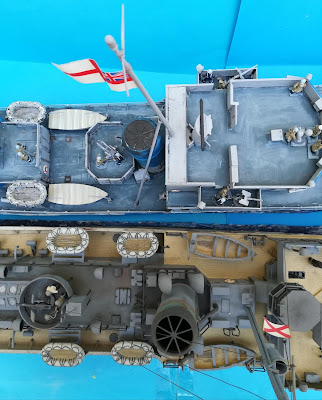 Lots of carving, cutting and breaking was necessary. 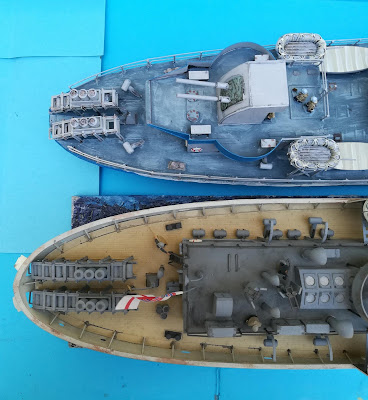 The stern had its outer wall completely taken out making the Destroyer thinner than the Corvette as you can see in the top Picture. 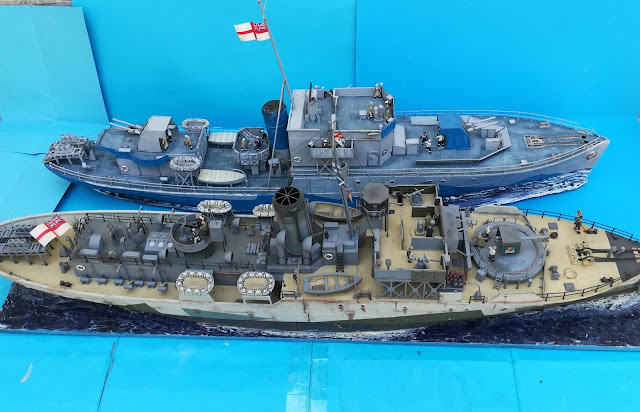 This picture gives the illusion that the Corvette is much bigger than the Destroyer. That is only so slightly because of the non-existant walls in the Destroyer's stern and also I cut the Hunt lower from bow to stern giving that illusion. Also the original Corvette  has plenty more details looking bigger that way: due to compression if you place all details the Destroyer had you would end up with a Destroyer looking like another Corvette!
Next: WN 64 and WN 65, now for sure.
Posted by João Pedro Peixoto at 03:40