WN 61, together with WN 62, was closing the acess to E3, the road to Colleville. This WN was placed lower down the bluffs and entering the beach itself. It housed another powerful A/T 88mm PAK 43 like the one in the oposite far end of the beach on WN 72. These two guns could crossfire the entire lenght of the beach.
. 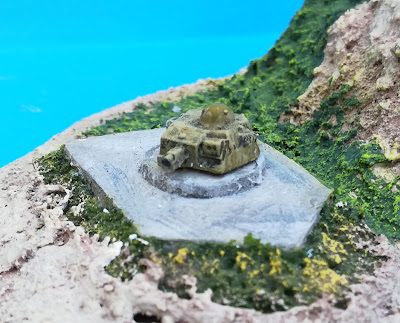 There was a captured 37mm Puteaux gun from a French tank on Tobruk. This one is in fact 1/87th scale as I didn't want to ruin any of my precious French tanks for 1940 or German for 1944. 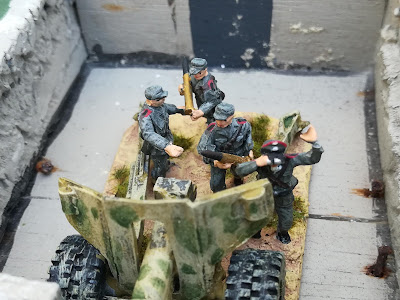 The 88mm PAK 43 this time is an Irregular Miniatures 100mm Russian A/T gun. I bought a few for my late war Russians but then I noticed how similar to the German gun this one was and I used it in my WN 61 with a few cuts here and there and some shortening of the trail. The crew is made of the eternal Airfix DAK officer and three gunners from the Pioneer Revell box converted to artillerymen with some rounds of 88mm ammo from Hasegawa. 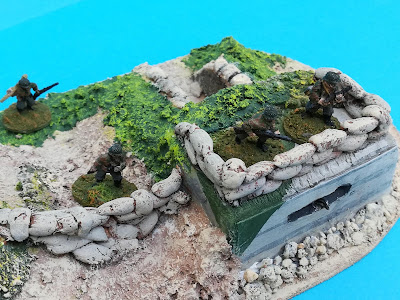 I didn't want this WN too big (where the hell am I going to find 5 meters of table...) so I improvised some space for the extra six figures behind sand bags. 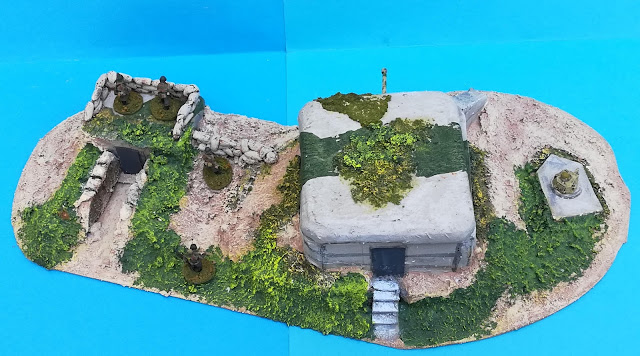 Rear view of the strongpoint. 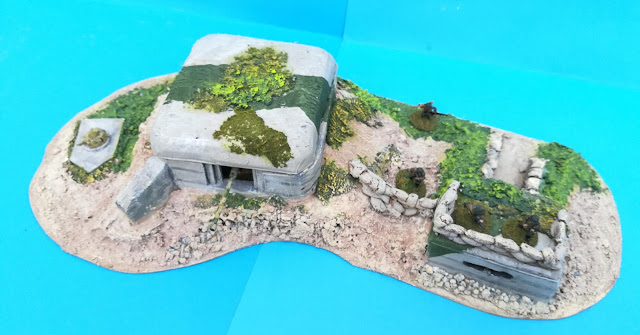 The main bunker started as an isolated piece I made years ago but it's really completely different from the original H 667 model. But due to laziness (and having new stuff on my mind...) I left it like it was to save time. A true and excellent alternative model is provided by the Italeri D-Day diorama. 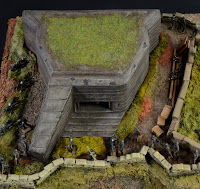 Posted by João Pedro Peixoto at 08:14