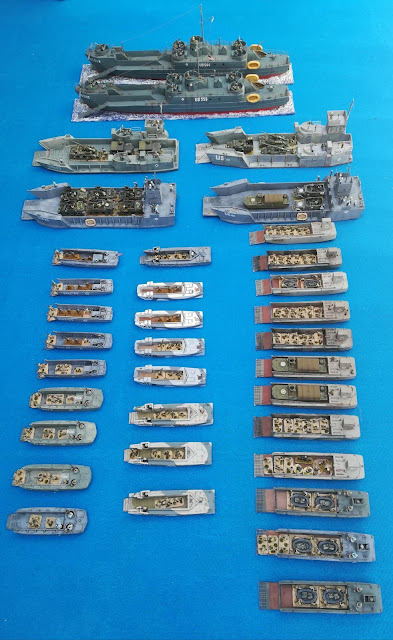 Up to the moment this is the US landing Craft I have. In time things got a little out of hand with too many LCM's (cheap Airfix with a Sherman as bonus) and too few LCVP's. But as I'm also building the assault fleets for the British beaches I ended up by having too many LCA's which can be used instead of LCVP's (in fact the French Militaria Magazine No 107 places the full 1st battalion of the 116th Infantry Regiment being carried on LCA's at Omaha). The bigger LCI(L)'s and LCT's are just enough for the American scenarios both Omaha or Utah.
I also have three big LCT 4 and two LCI(S) but those are only for British scenarios. 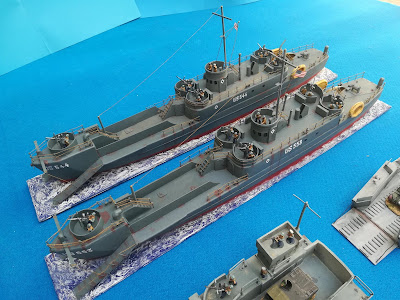 The big LCI (L) are from Combat Models a vaccum formed kit company in the US. 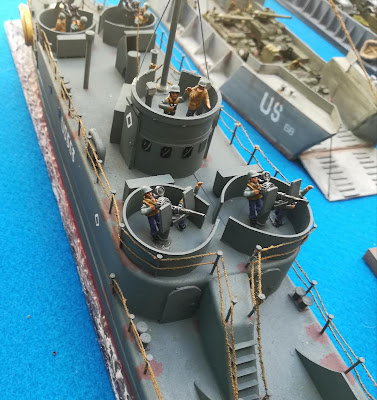 These Combat Models are very big (80cm) and they come quite bare with only the main stuctures. All details have to be bought (resin and metal) from a parent company making these models very expensive. 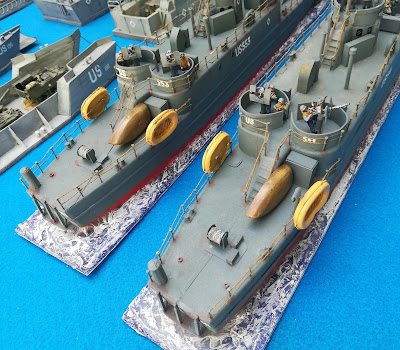 So I scratch built most of the detail, casted the rubber life boats  from the Airfix Marines box and used Britannia models as crew and AA guns. 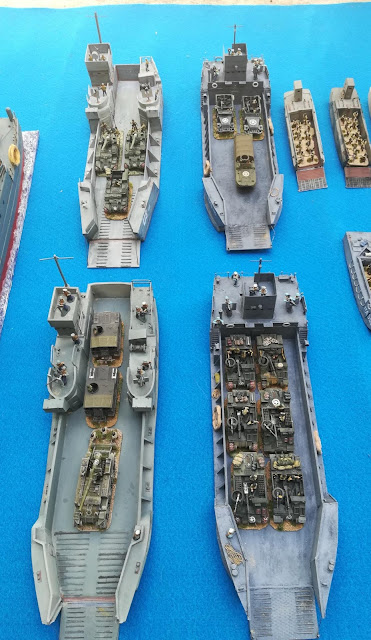 The  LCT 6 on the bottom left is a Britannia model and the one on top is a copy I made in plywood.
The models on the right are the LCT 5 and are also made in plywood. All of them have Britannia figures with a few converted figures here and there taken from Airfix or Hasegawa. 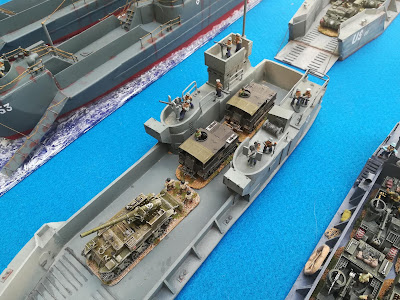 Unfortunately the LCT 6 was not in Normandy but probably this fact escaped the people from Britannia as they were doing mostly Normandy models.
When I bought it I still didn't know it but then it was too late... 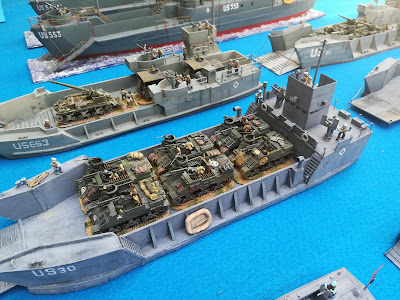 These plywood models are not difficult as they have mostly straight lines and plywood is an obedient material when you need to bend it up to a certain extent like the bow of these Landing Craft. 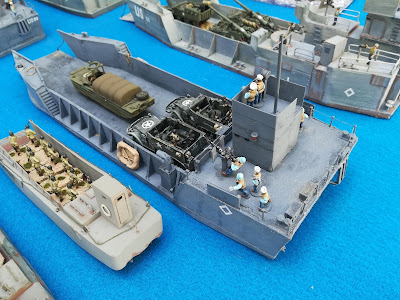 The view from the stern of the LCT 5. 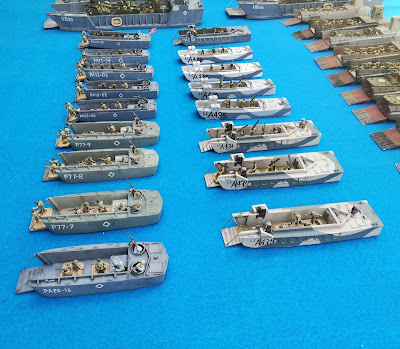 Now for the smaller LC's. To the right there is a row of nine LCVP's: the first group of four are the chunky Britannia; the second group of four are from Frontline Wargaming with converted figures and MG's and the last one is an Airfix model slightly taller as its not a water line version.
Same story for the LCA's. The first three and the last one are Britannia and the four in the middle are Frontline Wargaming. 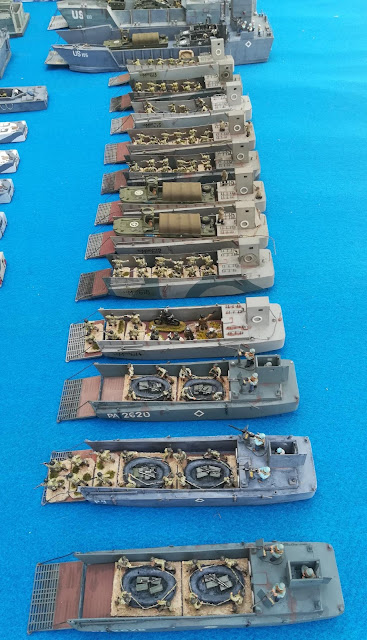 All these LCM's are Airfix. Some are painted US style, others British style. Some DUKW's are also scattered along the LCM's and LCT's.
Next: German beach obstacles, because an obstacle also has the right to live, or WN 62.
Posted by João Pedro Peixoto at 08:56