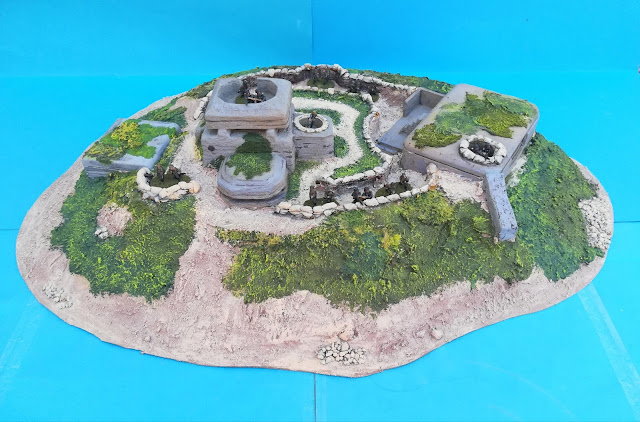 Well my friends this series is running quickly towars its end, maybe three or four posts more and all will be done. The good news for beach lovers is that I still have to show you my stuff for the British beaches.
This post is about the famous strongpoint of the equally famous German soldiers Severloh and Gockel who behind a MG 42 and a Polish MMG  caused tremendous casualties on the Americans. 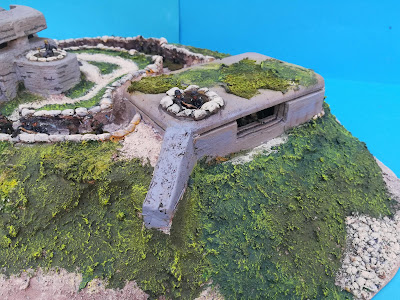 There were two such bunkers (only one operational) at WN 62 with Czech 7,62 cm guns but I obediently placed a French 75mm  FG inside according to Master Colin's orders. 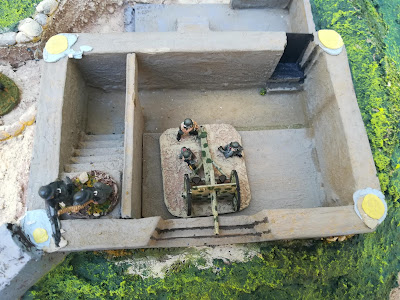 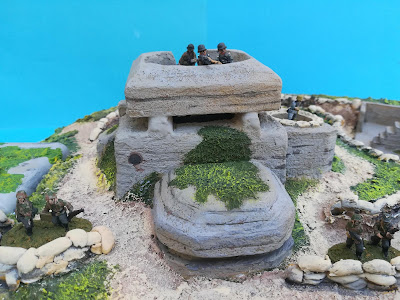 This Britannia OP bunker was my first for the Atlantic Wall and so it had to fit somewhere.  The original one on WN 62 was smaller but this one can also have the place for the Tobruk 50mm mortar. 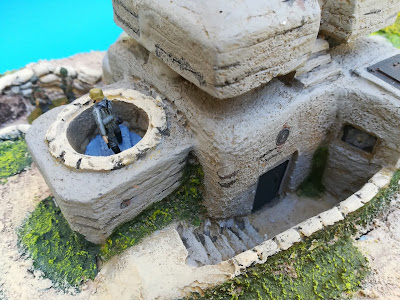 The 50mm mortar is the usual Esci conversion. 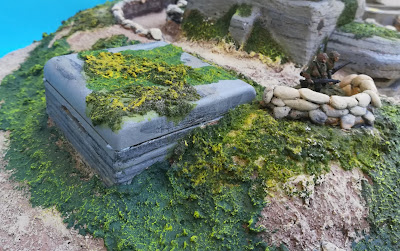 The MG bunker was made out of an electricity junction box. Always check these kind of stuff as they can be useful even allowing roofs to be taken out. 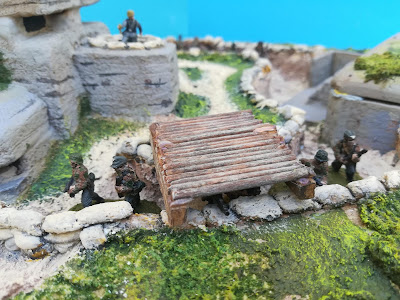 Gockel used its Polish MMG under some logged construction. So I built with barbecue sticks this removable wood bunker. Only when ammunition was low the Germans started to use tracer bullets which showed the way to USN fire forcing these positions to be abandoned. 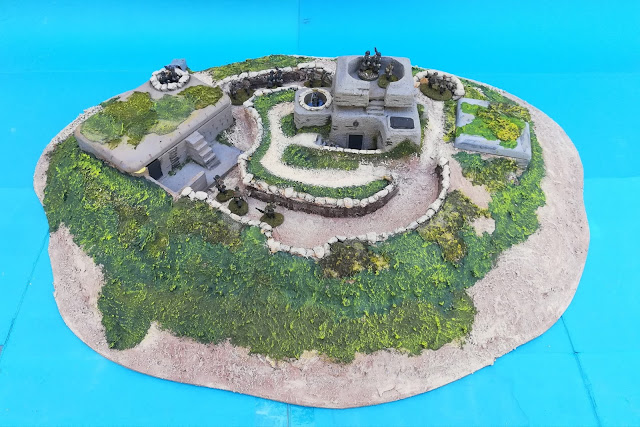 The view from the rear. 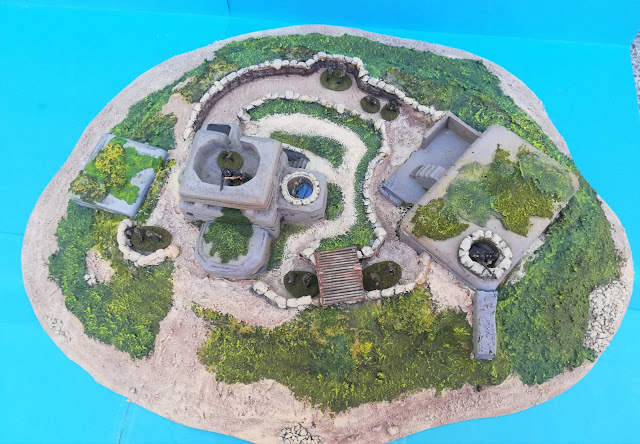 And from the top.
Next: Sherman Dozer and Sherman DD's.
Posted by João Pedro Peixoto at 08:34