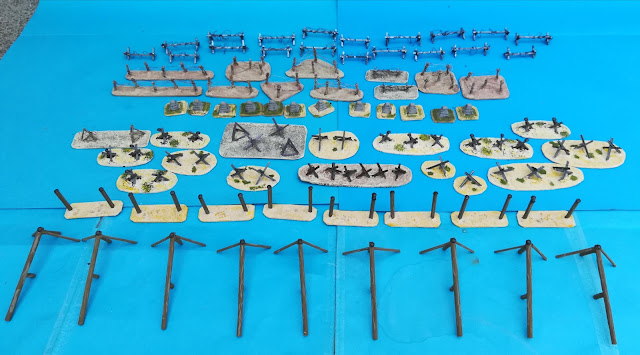 These are the several types of the beach obstacles I made so far for Omaha Beach defences. The ones at the bottom of the picture  (obstruction beams/Hemmbalken) have no base as they are intended to stay inside water while all other are for the beach itself. Another exception without base is the top barbed wire type which was made to go along rough or sloping terrain. 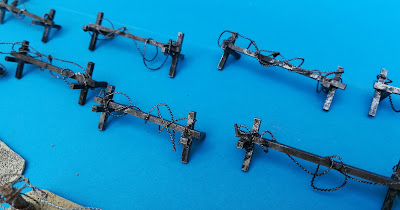 I painted this type of barbed wire in metal colours but they could also be wood colour. This kind of barbed wire was intended for removal to allow passage for personnel and vehicles. They are made of plasticard beams and metal barbed wire from HO train accessories. 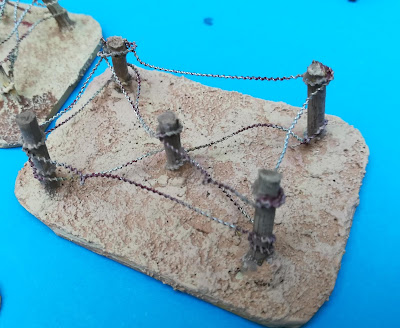 The second type of barbed wire was fixed on the ground and also mined. Its made from pieces of cocktail sticks (you can buy it cheap on supermarkets or wait for the next barbecue to have 'veteran' ones). 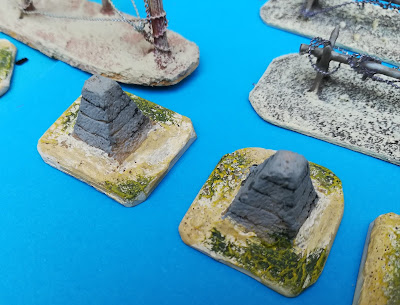 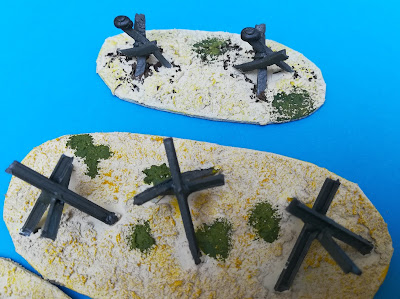 The Hedgehogs on top are Britannia and carry a mine on top (in fact salt water rendered these mostly inefective). The ones below are home made from HO train rails, in fact like the original thing. 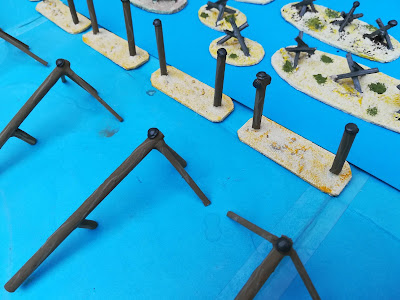 The Hemmbalken are coctail sticks again  like the Rommel Asparagus. I made the mines with pieces of rod suitably melted with a lighter until the desired shape is obtained. 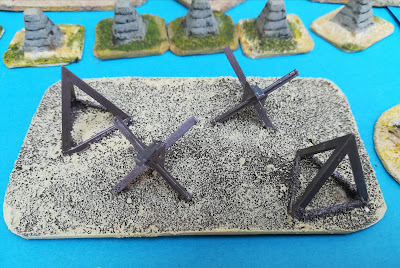 The Tetrahedrons have the same objective as the Hedgehogs, that is to rip a hole in allied landing craft while closing to the shore. Its was mainly due to the number of beach obstacles that the allies waited for the low tide in order to expose them but at the same time increasing the depth of the beach to be crossed under fire. It was an option, none of them was perfect.
Next: WN 62 of the famous Gockel and Severloh.
Posted by João Pedro Peixoto at 08:14