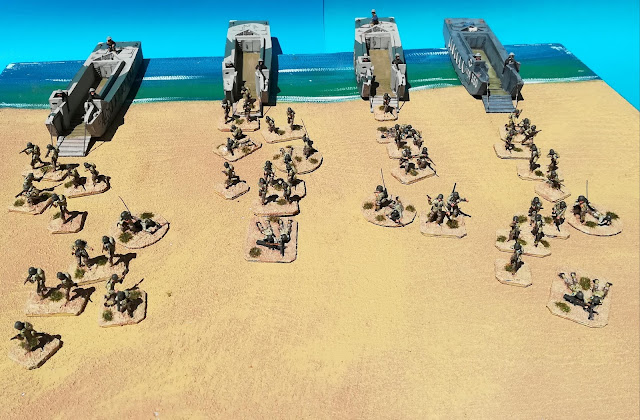 A total of seven companies from the 2nd and 5th Ranger battalions participated in the assault on Omaha Beach. Using RF! scale each company is represented by just seven figures some equipped with bazooka other with Browning MMG as company support weapons.
Also different from most of the infantry from the RCT's the Rangers used British LCA as transport. 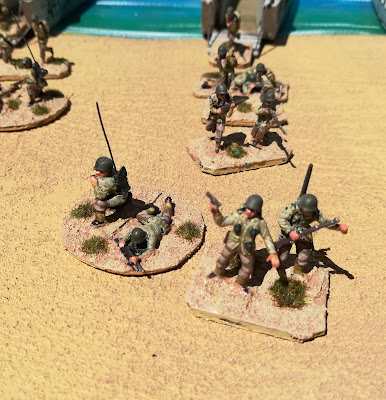 The Rangers are  hard plastic figures from Hasegawa with Milliput backpacks with a few Esci. I placed some static grass on the bases for a future use of these figures in other scenarios. 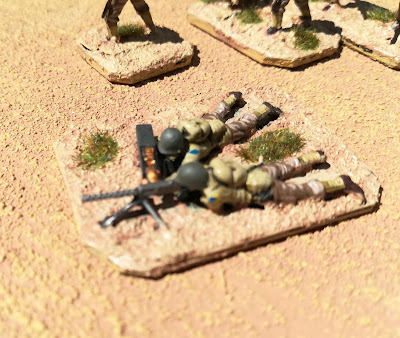 Besides the back packs I painted a small Ranger badge on each shoulder in order to distinguish them on the crowded beach.
Regarding the normal infantry landed at Omaha beach I will use my six infantry battalions I showed you on from the Armoured division as the two RCT's with an additional 6 figures per company. The problem is of course the many greenish bases which will stay pretty ugly on the beach environment. 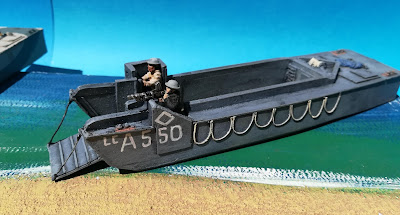 The LCA's are Britannia and crewed by British sailors. 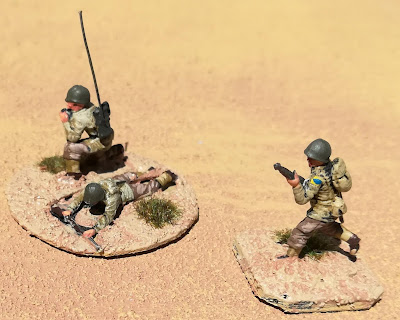 To the right you can see the extra details on the Ranger figures (backpack and badge) and on the left the round base of the OP team with Hasegawa/Esci crew. The radio operator had its Garand rifle cut out and a small piece of it used to make a small phone. On its back I used the nice radios provided by the box of Hasegawa hard plastic US infantry.
Next: WN 65 and maybe the WN 64.
Posted by João Pedro Peixoto at 05:40