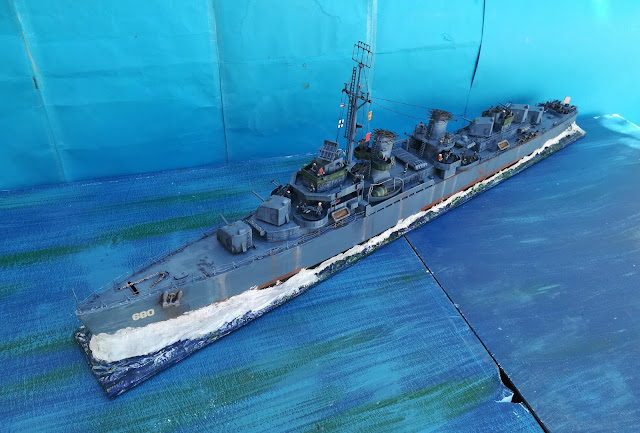 So I built this Lindberg 1/125th scale USN Fletcher class Destroyer. I populated the vessel with some fifty sailors converted from 1/100th scale Skytrex models and that's it. Even so the model measures almost one meter long. 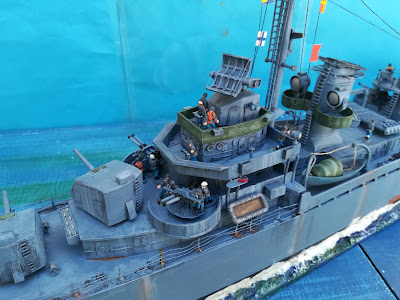 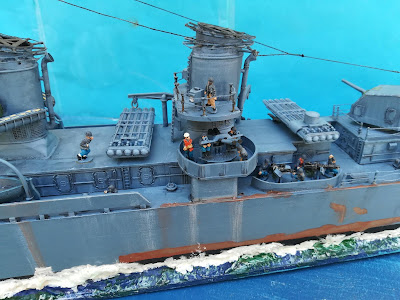 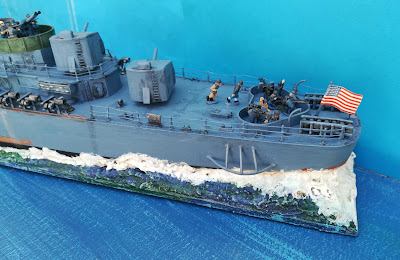 Stern with the usual depth charges. 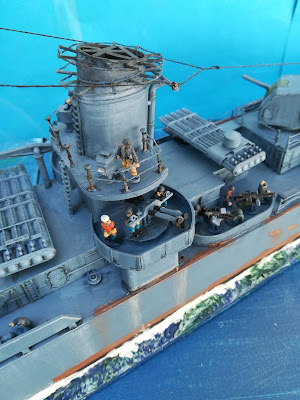 With such a model you have five 5'' guns to pound German WN's. In fact there were no Fletchers in Normandy as they served in the Pacific instead but it was the closest thing I could get.

Posted by João Pedro Peixoto at 07:40