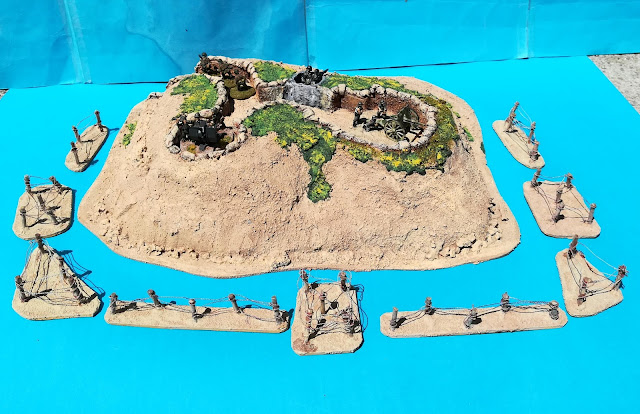 Now for the finished WN 70. Colin Rumford on D-Day campaign guide mentions only the 75mm gun emplacement and not the one inside a bunker that existed in the eastern part of the WN probably due to questions of game balance. 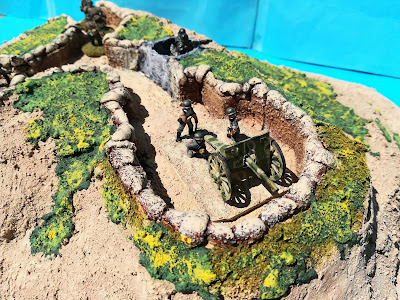 The French 75mm gun and crew are again Irregular Miniatures. 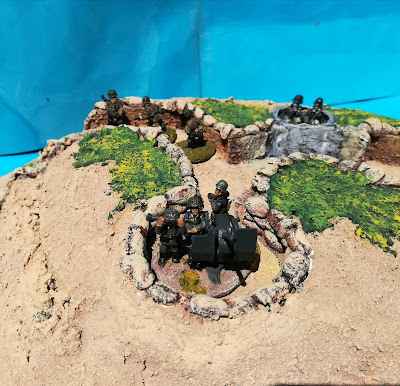 The MMG and 20mm Flak gun and crews are Britannia. 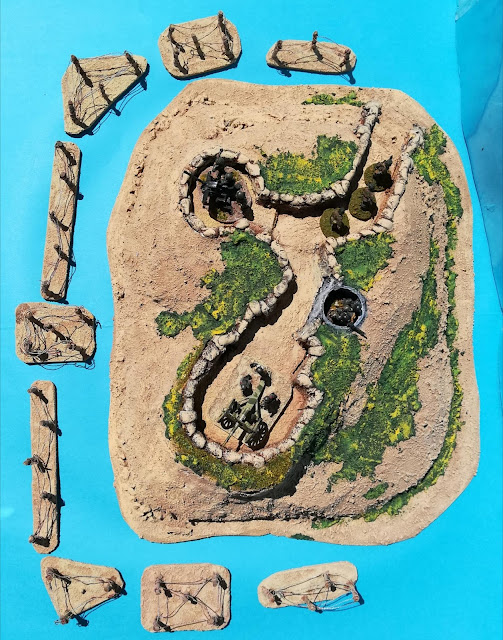 I found the barbed wire in a train shop and built nough for most of the WN's.
Next: US landing crafts or WN68 and WN 69.
Posted by João Pedro Peixoto at 06:14