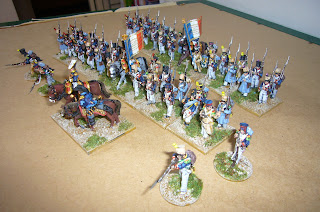 Marcognet Division with General D´Erlon himself leading. There is a mix of metal and plastic Perry minis and Victrix. 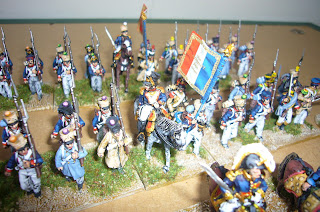 Flags are out of the box paper flags by Perry Miniatures. 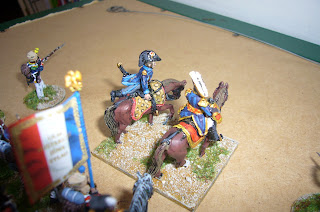 The Aide de Camp of D´Erlon is also Perry metal. A nice moving figure climbing atop of his horse. 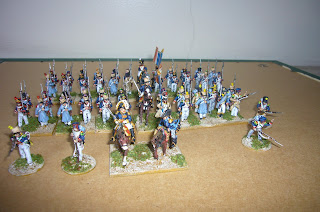 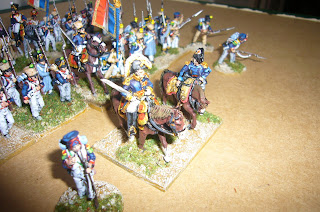 Some figures, like the 1st voltigeur, has Victrix and Perry parts. 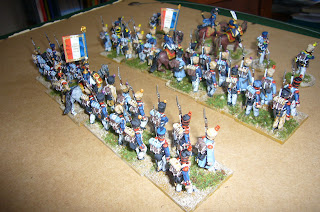 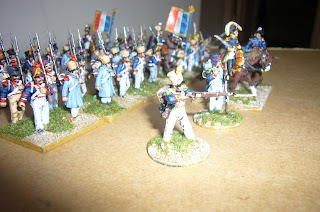 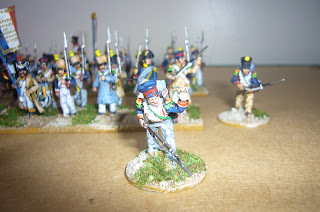 The famous FN 100 Perry reference (plastic french Inf.) has loads of modelling possibilities allowing the Pokalem and the Bonnet the police to be portrayed in many figures, besides being able to create many different moving and firing figures. 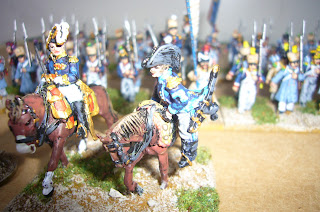 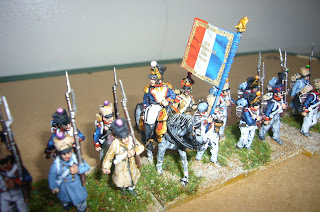