Last units to be made are the two units of Guards present in the big flanking monouever made by Cornwallys's division. 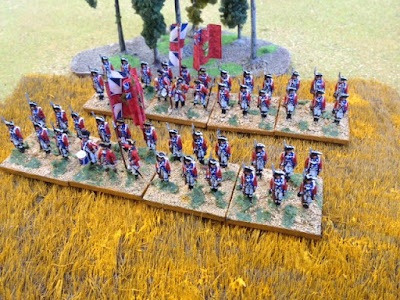 Only one in each six is really a plastic Revell miniatures the other five are resin copies made in silicone masters. Of course this is a secret information which is better not to reach internet!

This kind of standing position is the best to duplicate and in fact the only one my short-run home-made technology managed to produce. 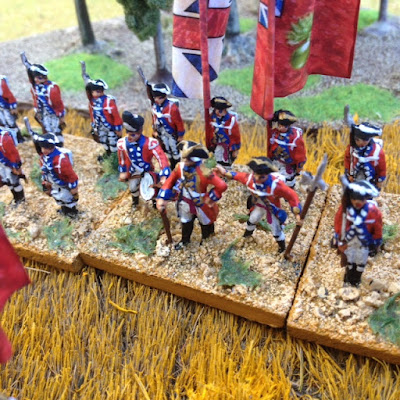 The command stands are a bit more lively. This officer comes from the Austrian SYW Revell box and a different paint job makes it look like a British officer. 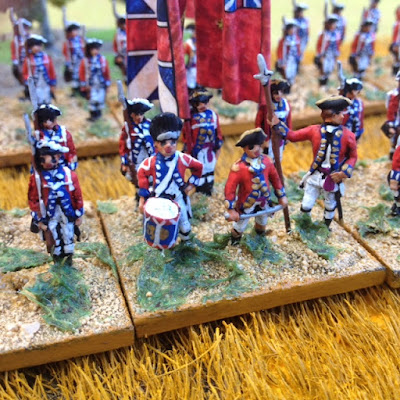 In the other command stand the drummer is that Revell figure in a relaxed pose holding the rifle on the ground. An arm bent, a new head from Airfix and a  plastic cylinder of unknown origin makes the rest. The NCO is another Austrian Revell  figure.
Posted by João Pedro Peixoto at 08:34 2 comments:

Most of the historical houses will have to be made from scratch as they are represented here by Gettysburg ones.

Still lots of units to be done. I only managed to make some 15 regiments both British and American from the 70 + present on the day. 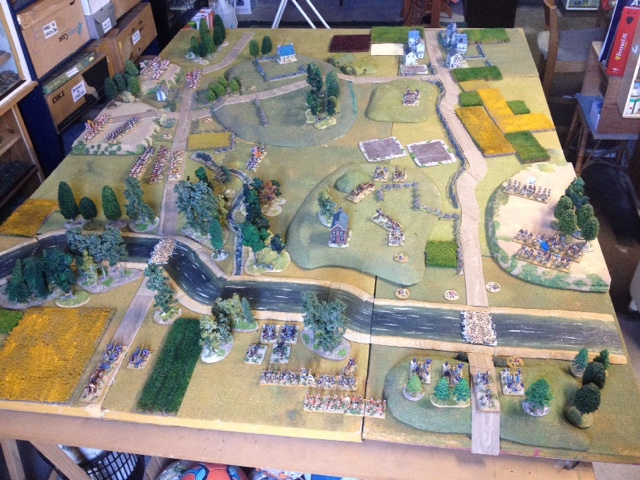 The battlefield seen from the west (Knyphausen approach side). The area closer to the camera (phone in fact, but 'camera' sounds more professional!) shows Brinton's ford to the left and Chad`s ford to the right in a more or less complete part of the battlefield terrain. 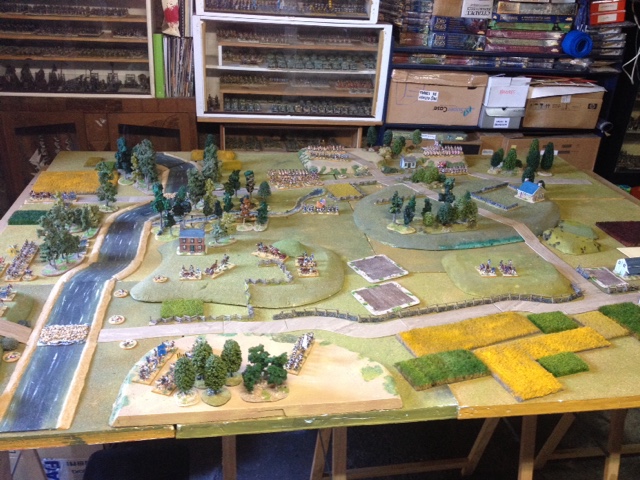 The battlefield from the south. 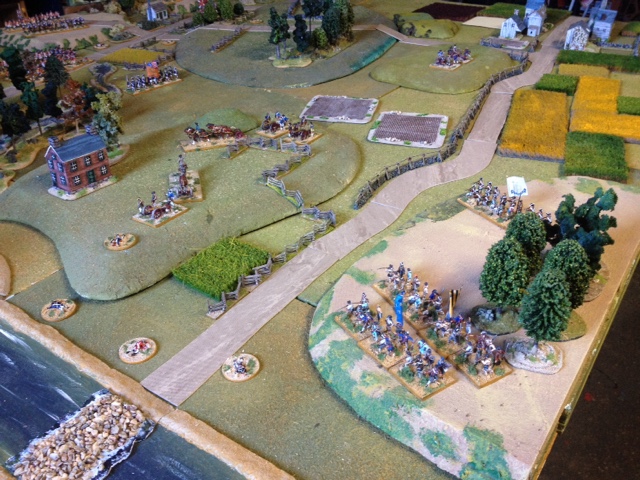 Opposing Chad's ford is the high ground defended by Wayne and Greene's  division with Chad's house to the left and Proctor's battery close by. Chad's house is in fact Codori house of Gettysburg fame. Proctor's battery still doesn't have its redoubt built. The majority of the American defenders, namely the reserve are still absent hopefully not for being voting in Trump ('Trampa' in a direct translation for portuguese. Look for the meaning and you will see I'm right).

Wistar woods, were the Guard regiments got lost, are featured in the top left corner.

The roads are cut from some old plastic 30cm X 30cm tiles turned up side down that my parents used in the 80ies for some works in the kitchen. 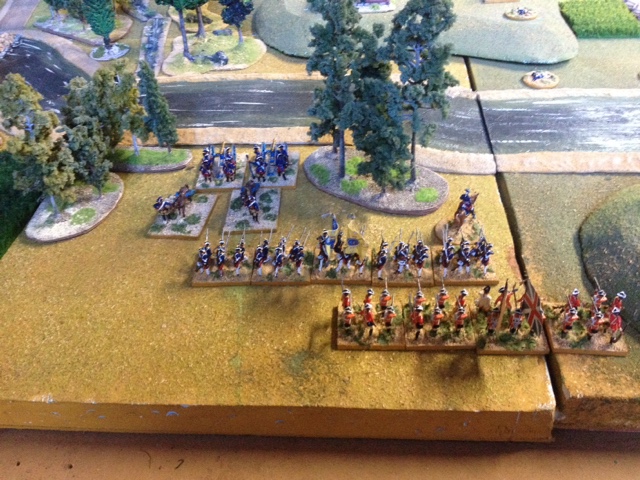 The Hessian division still with only Von Donop's regiment finished and the artillery. The Brandywine River is  from Frontline Wargames. 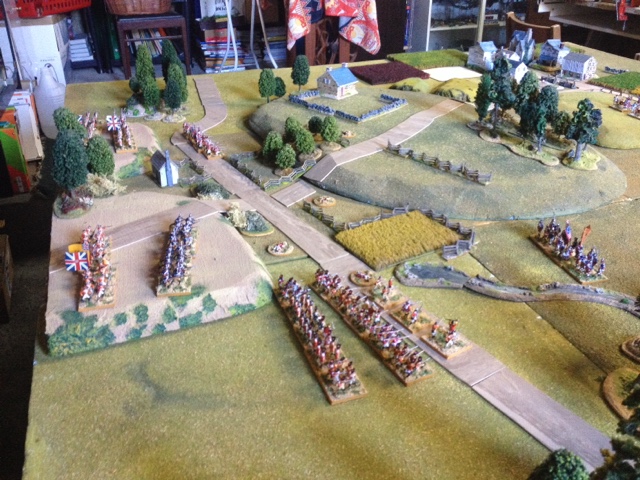 Moving to the Birmingham area, the ground is more or less finished with another Gettysburg house (Thompson's house) instead of the Birmingham Meeting House.

The main features are the orchard on the north slope of Birmingham Hill, the Widow's Davis house ( an Irregular Miniatures model)  in front and the wheat field to the right.

The woods on top of Birmingham Hill are the new polystyrene trees I showed you in the last post. Others are spread all over similar wooded features. 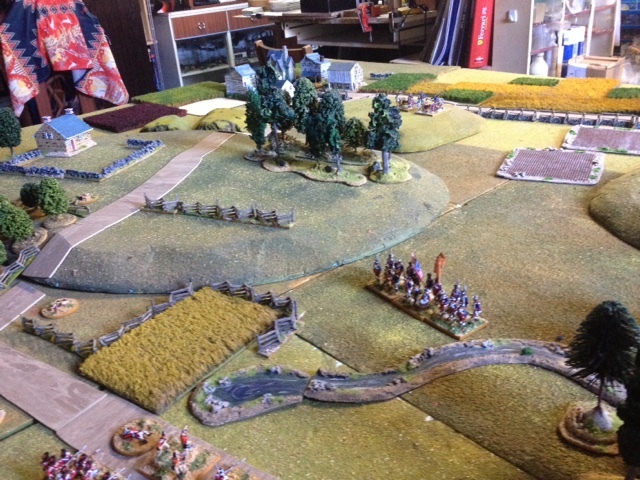 The hasty american line of defence still only has the 2nd Maryland clumsly manouevering in front of the British grenadiers thanks to De Borre's lack of talent for such a thing but also due to a tricky road that lead the 3rd division there.

The snake fences are also ACW and I suppose they are not from the AWI period which I always see with straight fences. Anyone knows something on the subject? 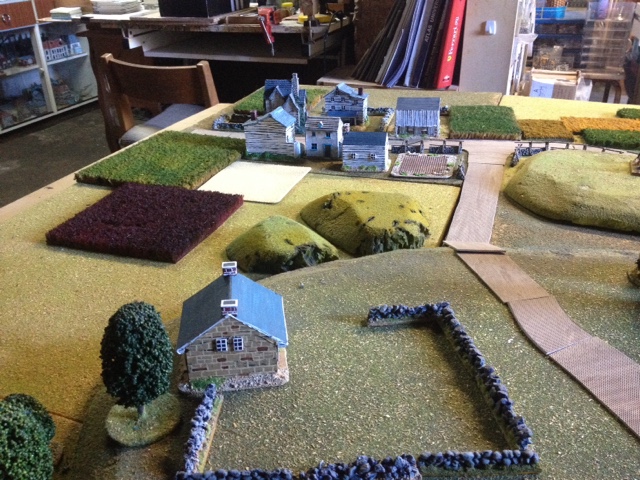 View from Birmingham Hill. Battle Hill and sandy Hollow can be seen to the right and Dilworth town to the left. 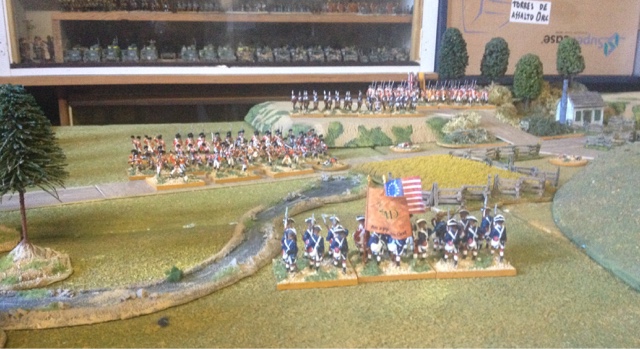 - We're doomed... There are thousands of'em...
- Yeah, and they even have tanks, good lord!
- Hey, but they look ours. There are Grants... Priests and Shermans . We're safe!
- Are we? Didn't all that crap fought on both sides in WWII?


At the moment I'm painting the Guards regiments but I'm tempted by France 1940 again after receiving  a few boxes of the new A-9 Cruiser from PSC a few days ago. So may be I'm about to start the battle of Brrandivine. Bah, alors, dis donc!...

American War of Independence - Will McNally's rules - Trees for Brandywine

I've been thinking for long about a process to make cheap trees. Of course the available trees in the HO scale train market are much better but they are also stupidly expensive.

This Brandywine scenario requires a lot of them and so I tried my favourite material to work with: hard styrofoam (Roofmate). 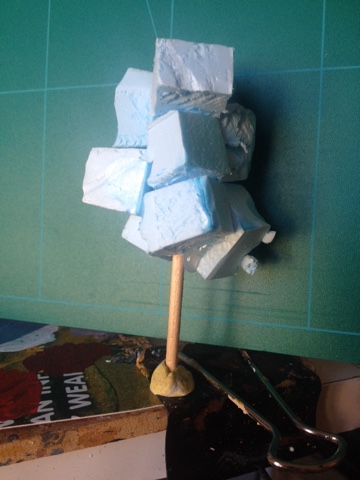 First you cut cubes (or whatever shape you want) from styrofoam 4cm plate, the one you use to isolate the roof or walls of your house.

Then you glue them together with a hot glue gun. Don't forget the tree trunk. Barbecue sticks or old paint brushes, I use them all.

The most important part comes next while you use a soldering stick to open holes and crevices all over the styrene until a tree like shape is obtained.

As it is winter you get a nice warmth but also a stinky smell, so forget winter and do it in an open area! 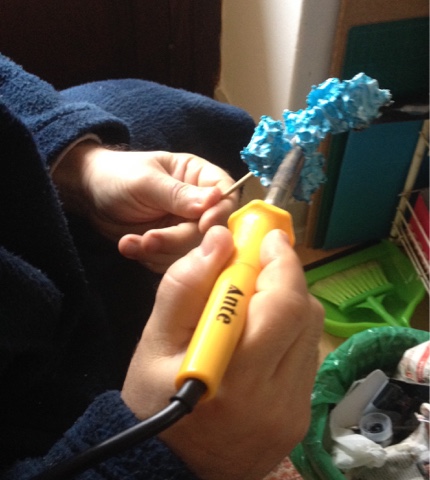 Finally you use some cheap modelling paste and stick it around the end of the trunk to simulate surface roots.  While the paste is drying you can carve the small roots in it.

Finally glue to the MDF base some loose bits of carved styrene all around to look like boulders.

Now painting: paint everything black mixed with PVA glue to strengthen the acrylic paint. No spray as it will damage the styrene.

Then apply greens, yellows and browns according to your taste. 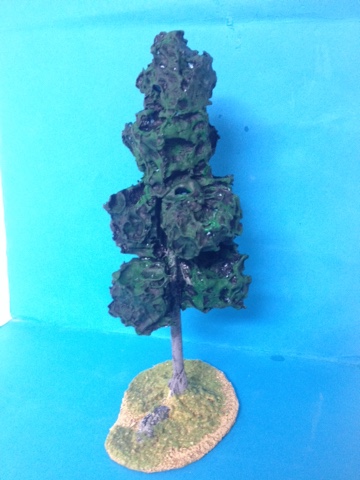 Another advantage of these trees is that you can make a large group like this one just in a few hours all along maybe two or three days allowing drying time. 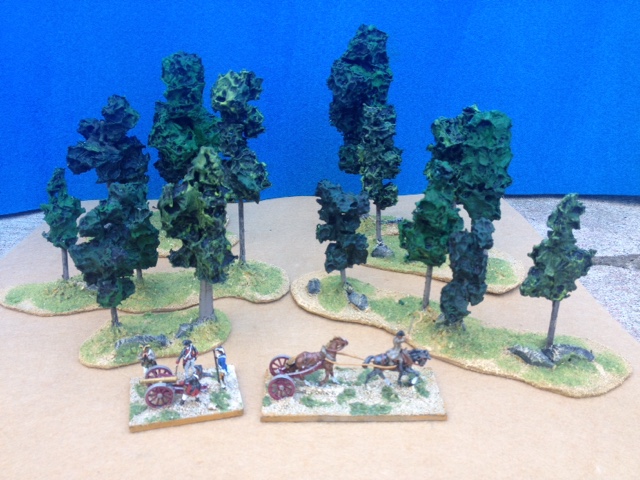 These trees are cheap and you can't make two alike, like in nature. 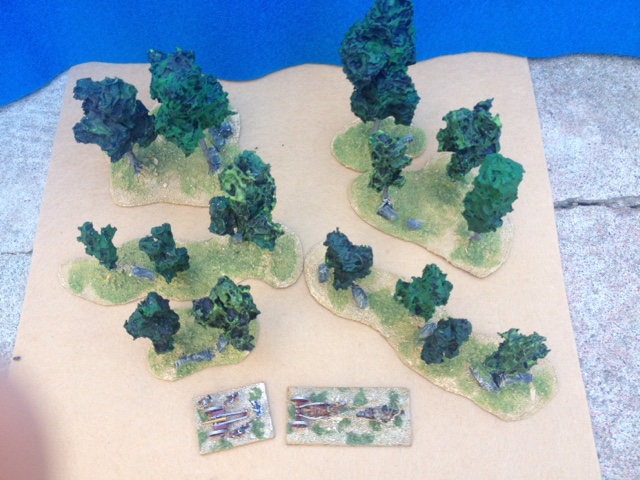 I'll show you soon how my Brandywine table is going and you will see that these trees goes well alongside the commercial available ones (I hope...😰). 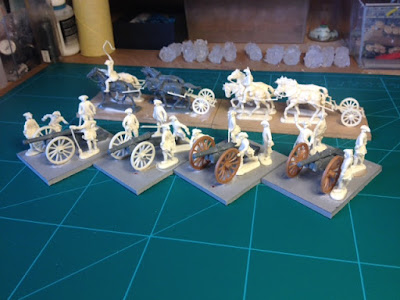 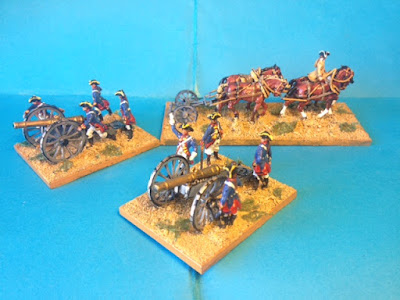 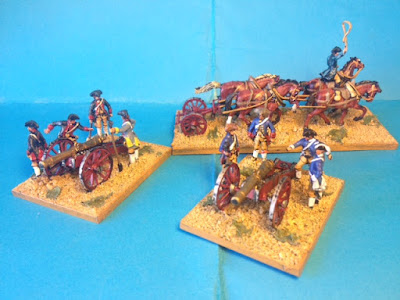