Back to BleuVille to show you my French armour for the 1940 campaign. The original idea is to build the main French units for the battle of Stonne (14-25 may 1940), like the 3e DCR and the 3e DIM. The German counterparts are on the way too.

A good part of the information about this battle came from the French magazine Champs de Bataille- Second Guerre Mondialle- Thématique Numéro 7, where you can find a detailed account of the battle and some nice colour plates of the weapons used. 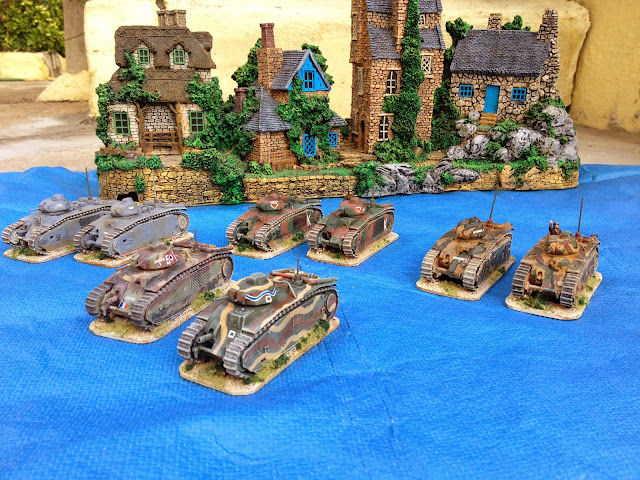 The three rear companies are Matchbox while the one in the front is Altaya. All four companies have different camouflage schemes, the one to the left sporting the all-grey of late tanks. 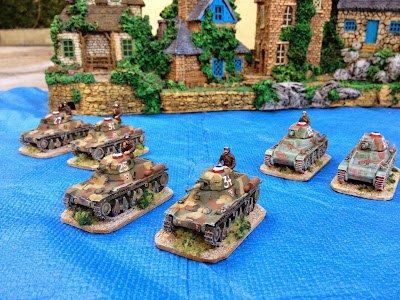 The Hotchkiss H-39 are four Skytrex and (to the right) a company of the new S-Models, probably the best H-39 around.

Some of the Somuas have Skytrex and other have Matchbox figures. 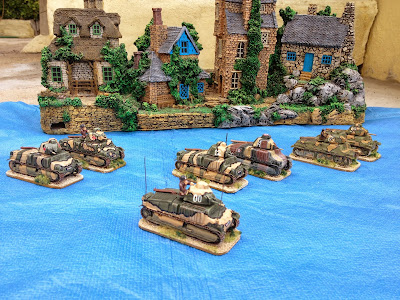 Not presente at Stonne, a battalion of Somua S35. The four to the left are Heller, the fifth is Altaya and the last two (right) are Skytrex.

The command Somua has two antennae and it's a Heller kit with a Skytrex figure. 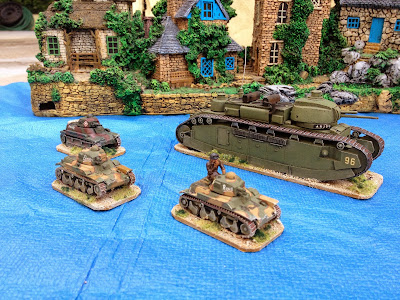 Father and sons went for a walk in the French countryside: far end, one R-40 (Frontline Wargaming); two R-35 (Skytrex) and the FCM-2C by Exokit/Alby. 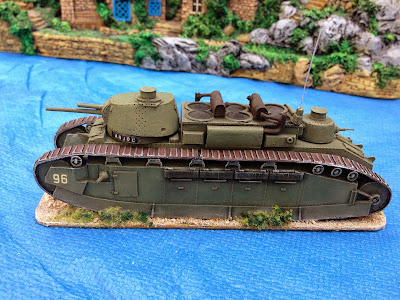 The FCM-2C was the biggest tank of WWII but didn't see much combat (only its own destruction, mainly by Stukas while descending, veeeeery slooooowly from their trains...).

This model  was ordered from a French shop already built and painted by a true unknown artist. I only exchanged the very thin copper antennae by fishing thread. 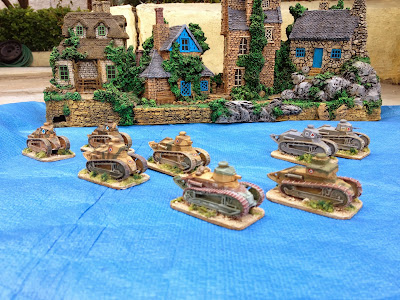 Old FT-17 from Matchbox  (not present at Stonne) and from that marvellous box in which you get a CharB1bis, a FT-17 and even a nice diorama that I used for the Arnhem ruins. The command FT-17 (right) is a Skytrex model. 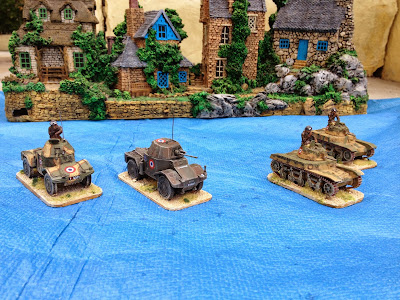 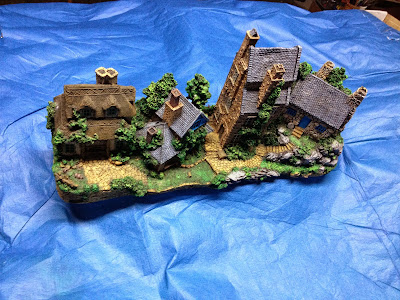 BleuVille itself ows its name to the blue agriculture fields around (yes, smoking those things is bad for my brain...). Its life started in a Chinese shop as an all resin, cheap,  very crudely painted reading light.

After painting it becomes a 50 cm French village. Unfortunately it was an only son at that shop and never saw again any other I could buy.

Next: French infantry and artillery.

Of course something new has always to be made namely this German painted Altaya tank who suffered a new paint job.

Next picture is a hint, can someone guess which will be the new period/campaign of WWII? 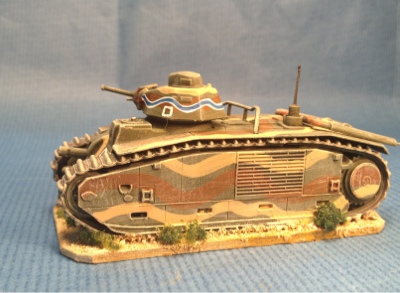 Ok, ok this was easy. But what about the specific battle?  Any suggestions? Not very easy but a guy who knows REALLY about WWII will find the solution...

This is how it is going to be:
A) if JMM finds it I will paint his DBA Indian army.
B) if PC guesses it  I will paint his late Romans.
C) if JF can do it I will build more 15mm terrain for his beloved WWII new set of rules ...
D) if anyone else guesses he will just be famous and may be he gets  a fantastic Pineapple Miniature....

Pineapple is now riding 1/32nd scale horses. Portuguese cavalry are A Call to Arms Life Guards conversions. The helmet is not absolutely accurate even after some GreenStuff applied. 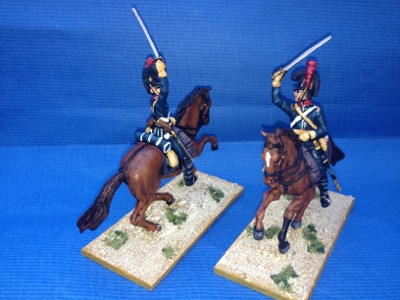 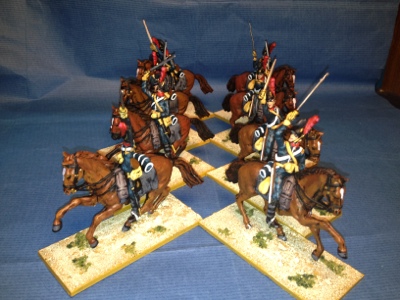 The French are again A Call to Arms. This  time straight out of the box Dragoons for the 26th regiment. 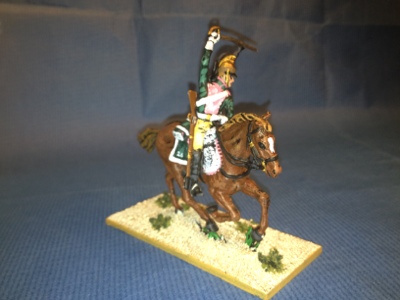 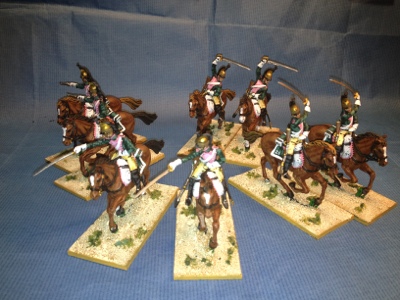 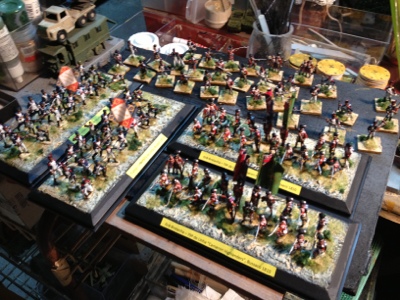 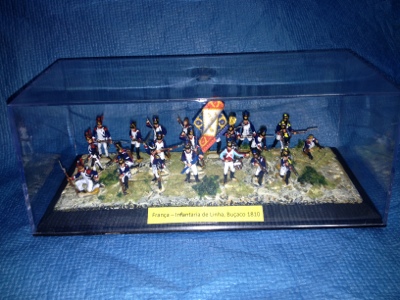 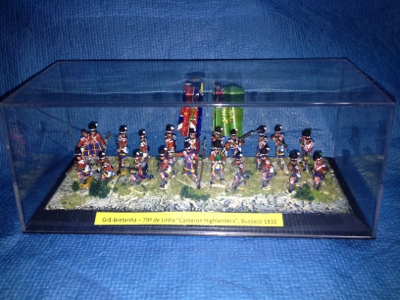 All These can be found as usual at the Buçaco Military Museum.

Posted by João Pedro Peixoto at 14:40 No comments: 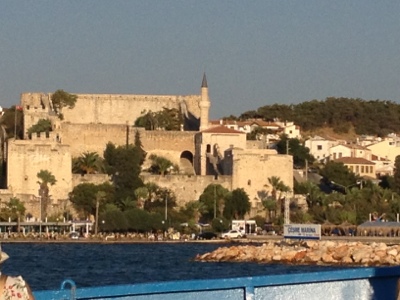 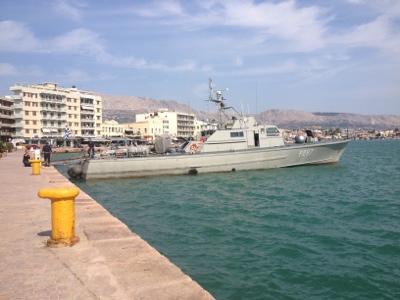 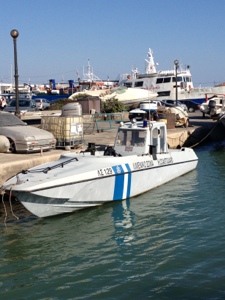 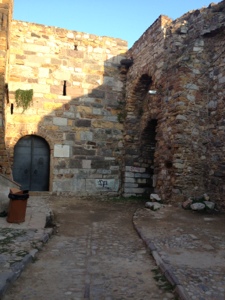 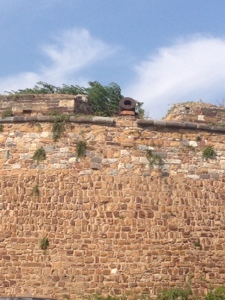 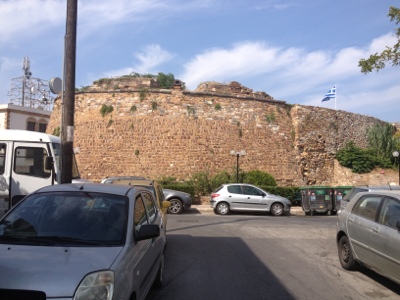 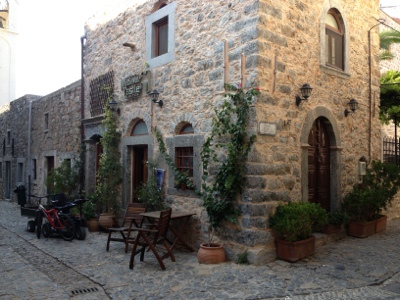 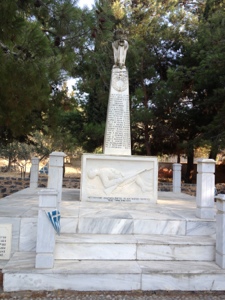 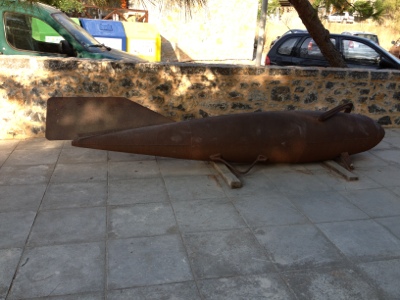 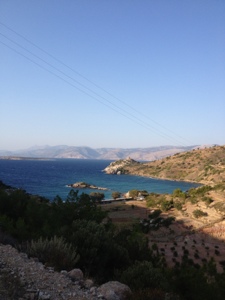 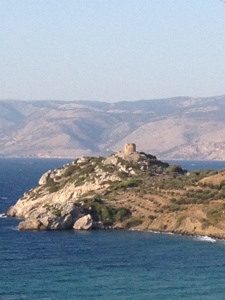 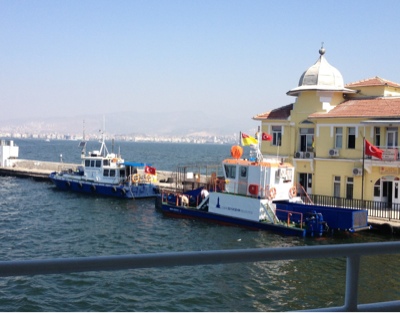 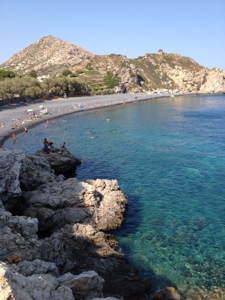 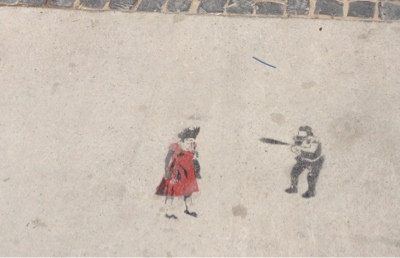 Syria should not make the Europeans forget what is happening in Turkey following the Gezi park events, with repression and the toughning of governmental policies.
Posted by João Pedro Peixoto at 14:40 No comments: