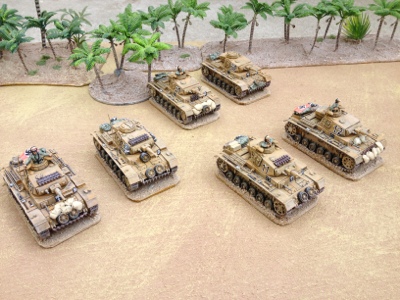 They are marked as for the 21PD. My 15PD is virtually finished and now its time for the other half of the DAK panzer divisions. 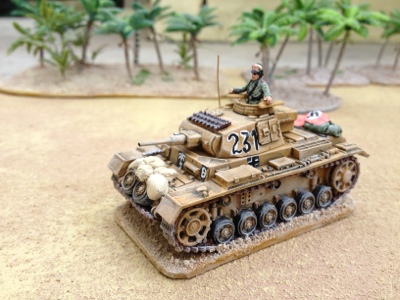 The kits from PSC are a joy to build and also pretty accurate. I only placed an antennae, stowage, some sand bags at the front, extra tracks for protection and - unfortunately but for the sake of history- a nazi flag at the rear. 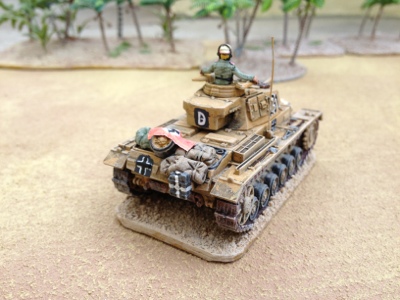 When printing flags I prefer a low quality print as the colours will tone down and will suit better the smaller scale.

And now, only now, 21st PD for Normandy is done. The pioneers are Valiant and a few Revell with Valiant heads. 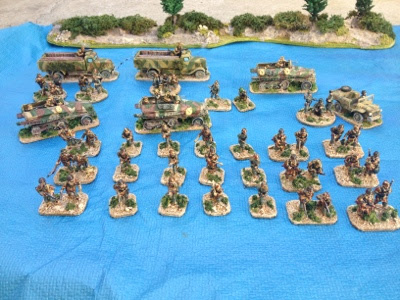 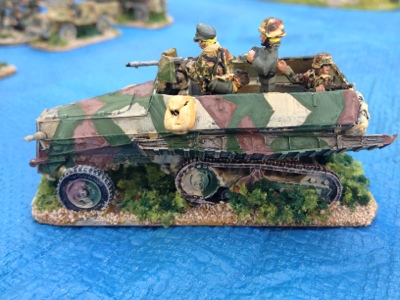 These are the Retrokit Somua MCG S307(f) (available by Milan Vins of Czech republic). 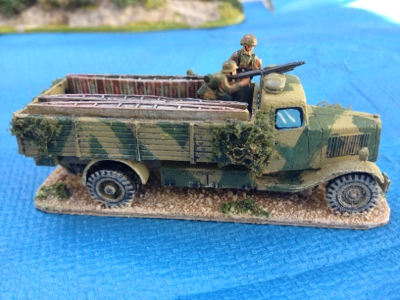 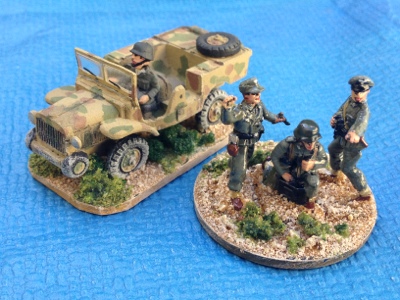 Skytrex Laffly with a driver with Airfix body (the one in the SDKFZ 7) and Valiant head. The command stand is Valiant. 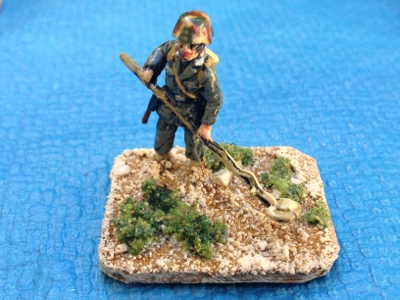 Mine searcher with Revell body and Valiant head.
Posted by João Pedro Peixoto at 08:57 4 comments:

These are the latest vehicles Jorge Faria gave me and the ones that will fit the Afrika Korps. Once again they were repainted, details and crew added  and some of them heavily transformed. 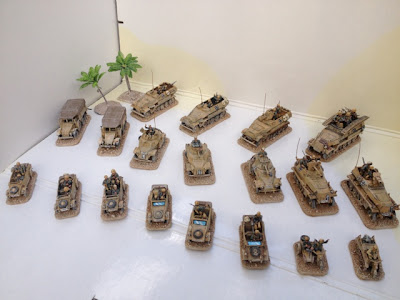 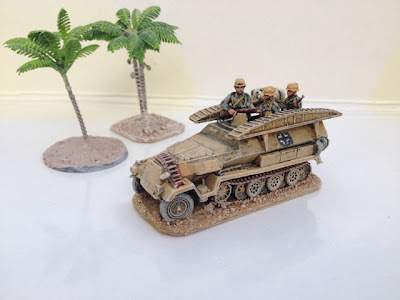 The 251/7 was altered with some valiant crew and stowage besides basing and a new paint job. 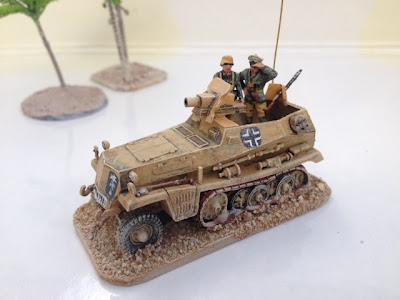 
That one became the above obscure 75mm IG SP of which no photo is available, at least up to the moment, authorities say. The gun was made in Evergreen rod and tubing, following a Britannia model I have. Plastic crew, antennae, etc were also added. 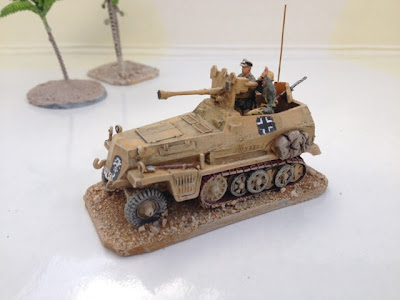 The other one was armed with a French 25mm AT gun made in Evergreen. This one was easier as there is some photographic evidence of the vehicle.

The palm trees are an hommage to PC who was very sad and could not sleep for some days after seeing  last post with a completely bare landscape.

These are the first few vehicles from Jorge Faria collection given to me a few weeks ago.
They were repainted with diluted colours over mostly original Panzer Grey. Like this you can duplicate the real painting of german mid-war AFV´s that were initially painted Panzer Grey and then other colours were applied.
Thick card bases and details were added. These details include stowage, jerrycans, antennae and crew. 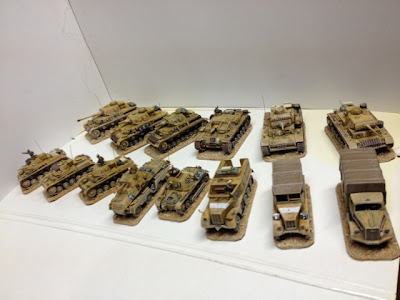 For now a few PzII, PzIII, PzIV, StugIIIC, a PzI Cmdo, Sdkfz 231, Sdkfz 11 and a Opel Blitz can be added to the DAK. The main idea is to make the 3 main divisions: 15PD; 21PD and 90Light division, as well as Ramcke brigade, mainly around El Alamein but with the possibiltity of wargaming all the desert campaigns.

Most of the heavier vehicles are already made, with many PzIII still missing. The main fault up to the moment are the infantry battalions of which I could only make 3. 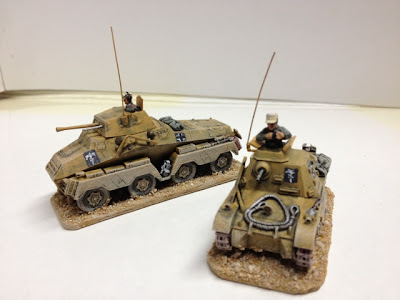 Sdkfz 231 and PzI Cmdo with lots of small details added and conversions. If you slice a piece of Evergreen rod in oblique direction you can have a nice support for antennae as you can see in the Sdkfz 231. The PzI crewman is a ESCI figure with Valiant head. The crewman in the 8 wheeled vehicle is one of the drivers of the ESCI King Tiger. They were glued to the top of the vehicles and hatches were made out of Evergreen. 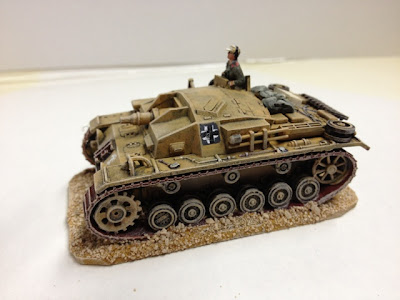 The Stug III C. I replaced the very thin short 75mm gun with one from the Airfix PzIV. You need only one in RF! terms as only a handfull of them were used in the desert. This one is a Nitto/Fujimi kit with a crewman from ESCI.