Ii Naomasa was one of the best generals of its time, so brave that he died from the gun shot wounds taken at Sekigahara fighting for Tokugawa Ieyasu while leading his division from the front.

His men were all clad in red armour and with red flags making them easily recognisable in any battlefield of the Sengoku period. 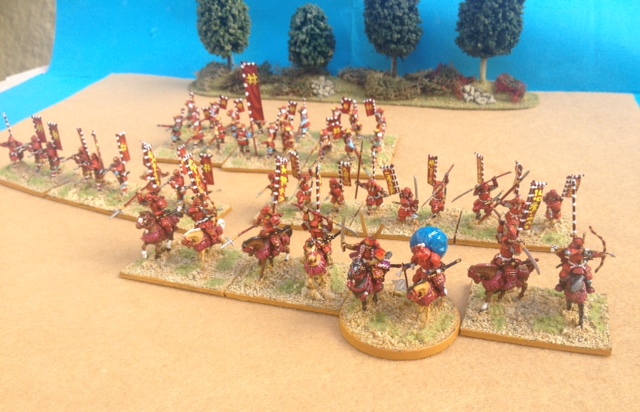 Once again I advise you to see and read the excellent Samurai Archives and their Samurai Heraldry Gallery easily available in the web. 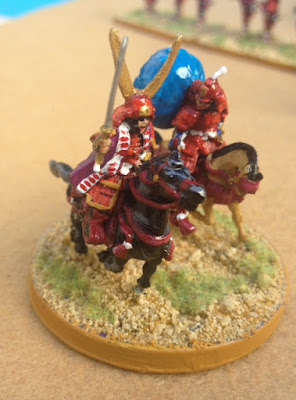 Ii Naomasa model has a transformed head with an incision in the helmet to carry a big U shaped Evergreen horns. The Horo of the Messenger is painted blue something I would never know if it was not for Samurai Archives. 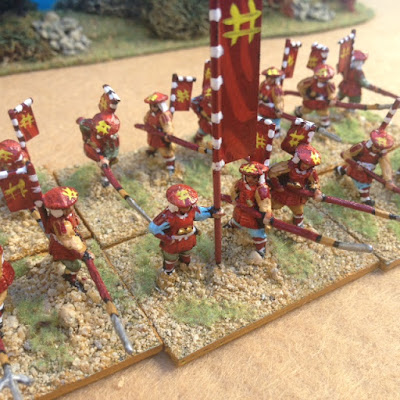 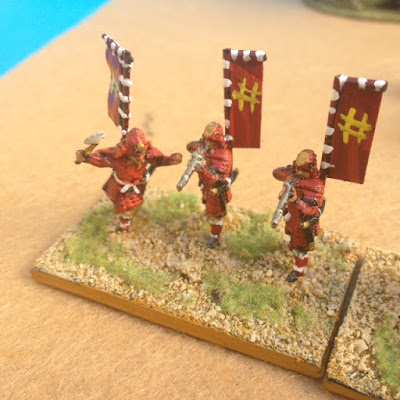 The Teppo Taisho (commander of arquebuses) is a Zvezda Samurai with the sword turned into a fan. 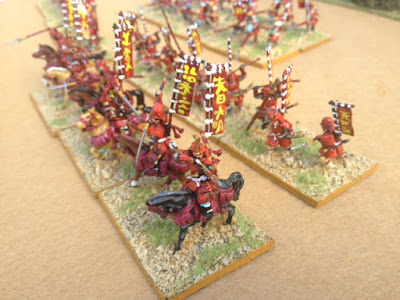 All individual Sashimono carried by Samurai of Ii clan had their own named written on it. So no two were alike.
Posted by João Pedro Peixoto at 12:48 3 comments: 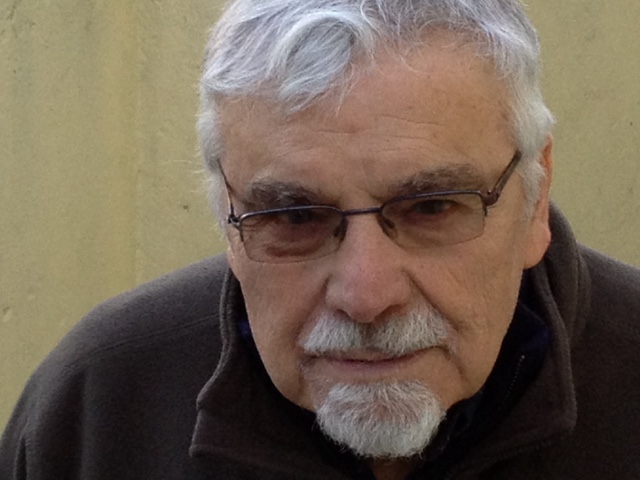 
Posted by João Pedro Peixoto at 10:26 No comments: