2nd batch ready. These A Call to Arms Belgium figures are some of their first and not as good as some of their latest releases or Hat figures. But they are easy to paint and make good Portuguese infantry if you don't get too demanding. 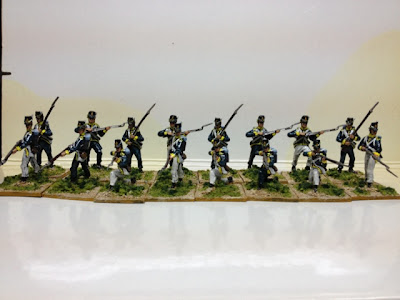 This is the 1st batch of 1/32nd scale soldiers to be sold at the military museum of Buçaco.

They are Hat French light Infantry and they portray the probable uniform of the many light infantry regiments of Reynier corps.

Hey, stop the car engine, don't rush to buy the last dioramas of 1/72nd scale soldiers, I will do more but for the moment the larger scale is the most wanted, specially for kids. 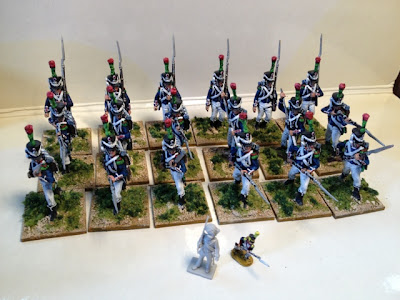 Posted by João Pedro Peixoto at 05:57 No comments:

Jorge Faria had a plan to defend Tarawa: Plunging hundreds of tanks and artillery pieces in the low tide and thus stoping US marines from taking the island. It was simple, even without ammo the defenders could save the island simply by stoping Lcvp's and Amtracs with tons of metal. Many of them didn't even existed in 1943 and many also were US made... Strange...

Not everyone can say that one day he received around 200 kits as a gift from a friend.

I already can say that. Some 2 weeks ago I went to Maia, Porto, to the house of Jorge Faria ( see in the web 0 Brigadeiro or Brigada Tripeira) and brought all this, along with many figures, as a gift.

Everything was already carefully wrapped inside shoe boxes and the trunk of my car quickly became full.

These are beautiful plastic and metal kits from many brands carefully built and painted along many years by JF. 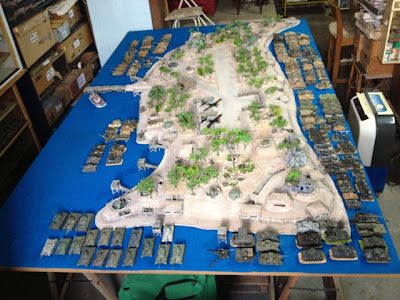 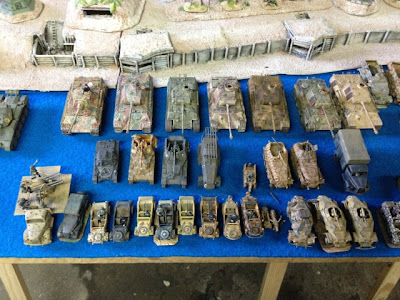 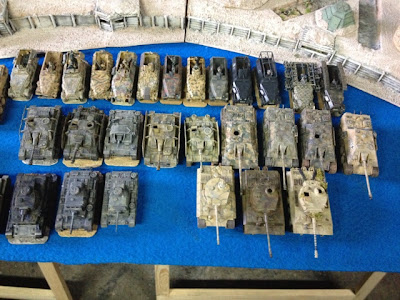 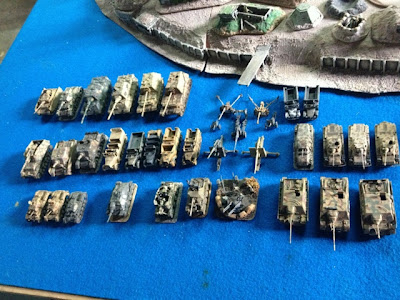 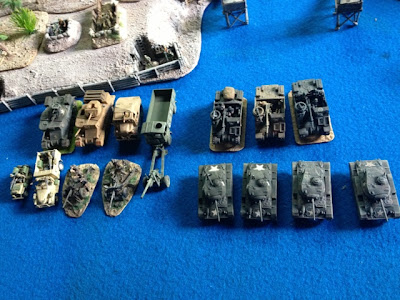 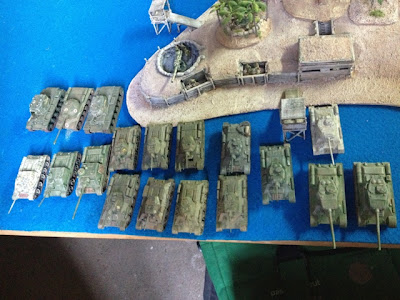 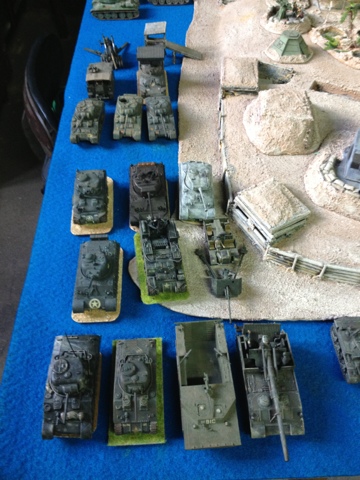 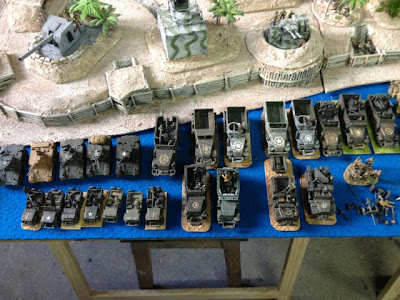 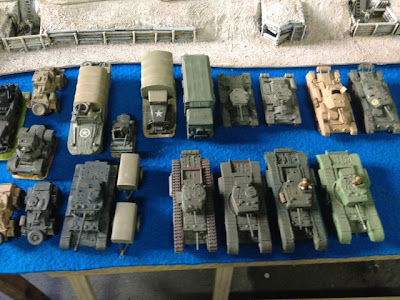 The Churchill area...
For the ease of display, the photos are divided into "areas", but as you can see there  are many more models than those in the "area" title.
One again, a big THANKS FOR ALL THOSE TANKS to JF! They will keep me busy for many delightful moments.

And now dear JMM and PC it's your turn to invite me to your house... Or to pass here and drop your unattended kits.
Posted by João Pedro Peixoto at 07:00 2 comments:

Last week spent a few hours in the Corunna military museum in Galicia, Spain while on a tour with my pupils. It's a very lovely and diversified museum with several floors, a nice shop, dioramas, true weapons, everything very well presented in a classical, sober style. 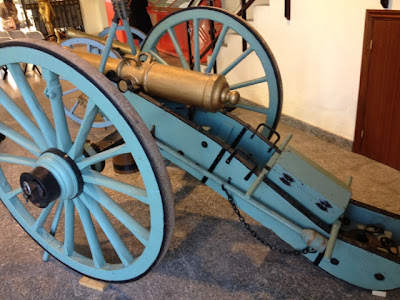 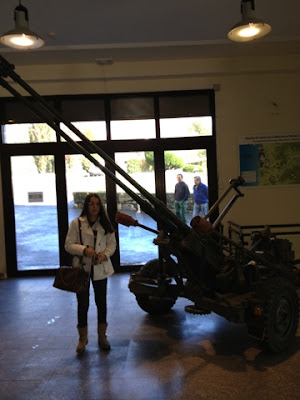 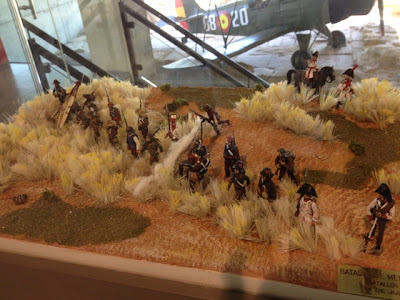 They also have some super 1/35th dioramas on the War of Independence, as they call to the French Napoleonic Wars in Spain. The one above was inspired on a painting by Àlvarez Cueto. 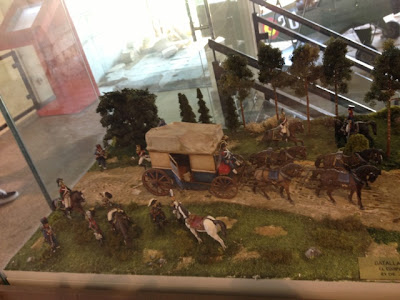 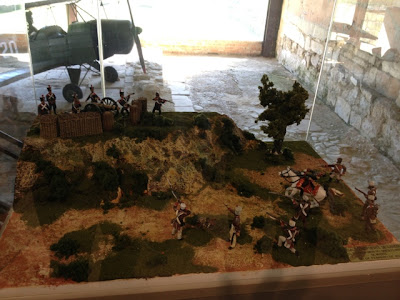 The dioramas are filled with conversions from the Italeri; Hat; ESCI, etc boxes. 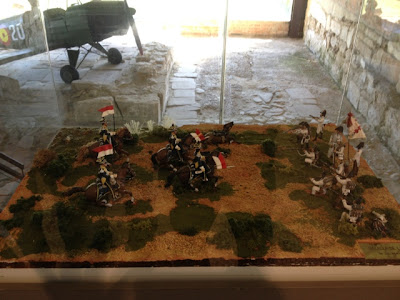 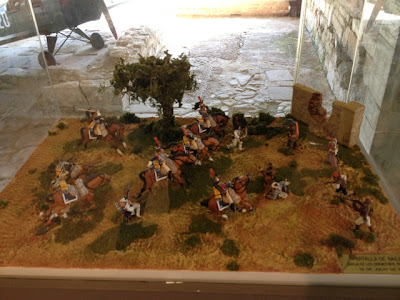 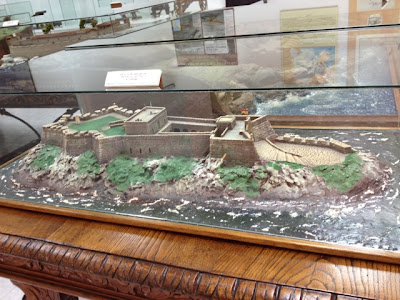 The coastal forts dioramas are something... 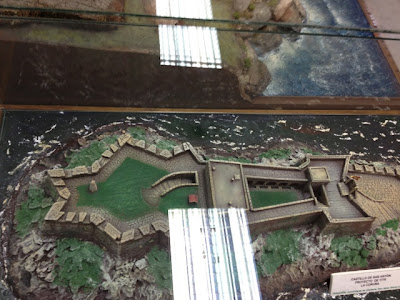 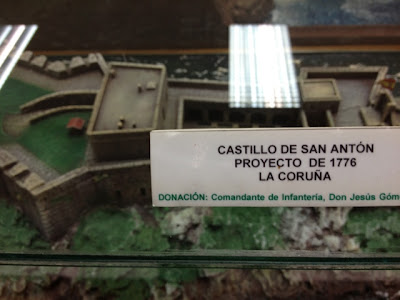 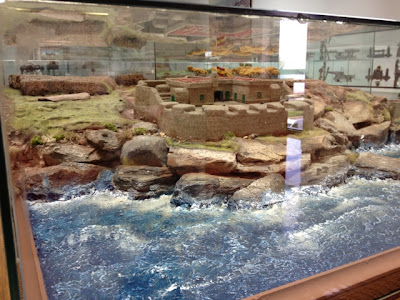 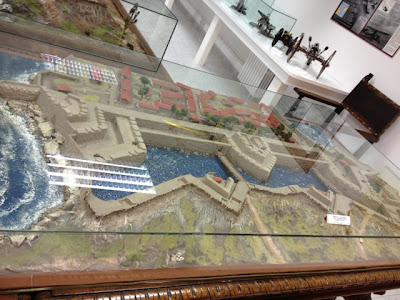 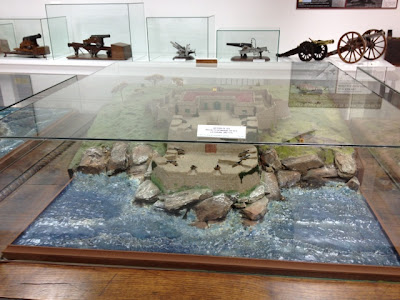 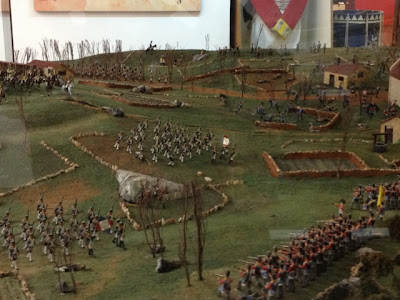 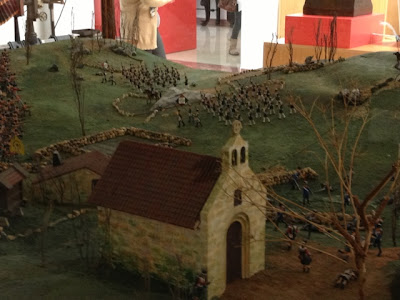 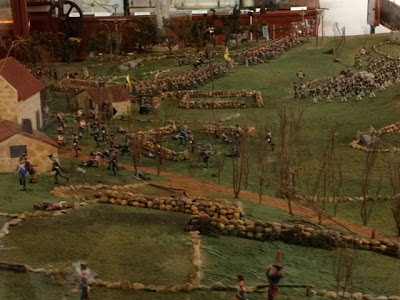 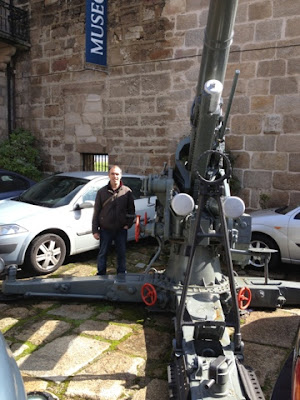 As the previous Pope﻿, Cardinal Ratzinger, was part of an AA unit in the last days of the Reich, I felt entitled to be more or less the same, temporarily of course, next to an 88mm gun probably left by the Condor Legion.

This post is mainly for those ("those" are in fact Service Ration Distribution ...) who asked which company made the LCI (L) from last post . After some diving into old FSM magazines I found they are Combat Models Vacuformed kits. They are old kits from the USA, some 15-20 years old or so. The adress is, or was, 400 3rd street, West Easton, PA 18042.
There are some words about it in
http://theminiaturespage.com/boards/msg.mv?id=158494

Posted by João Pedro Peixoto at 14:39 No comments: