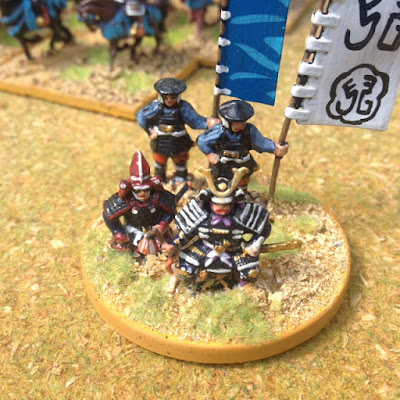 At Sekigahara Ukita's Hideie clan was the biggest in the Western army of Ishida Mitsunari. With a total of 17000 men it had to be represented with over 200 miniatures - a bit time consuming.

Ukita and kneeling vassal are Zvezda with RedBox Ashigaru as standard bearers. 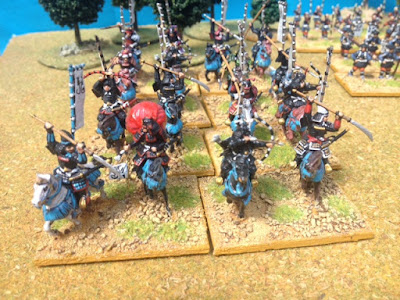 The mounted Samurai are also Zvezda. In order to speed procedures paint the horse's harness of a clan with the same colours and even the main details on the Samurai armour. For this group I chose blue. When we want to individualize too much a Samurai army the task becomes too long and you loose interest or don't even start. In the end you will have a nice collection of boxes ... to be open. So speed up things and dry brush all that lace and rivets! 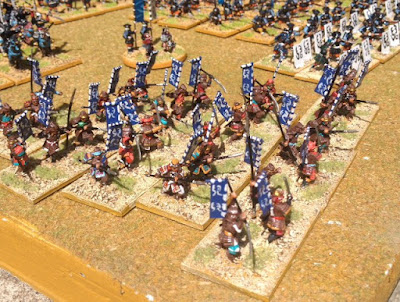 Same for the foot Samurai. Here I even sprayed Brown in all of them to have a different base colour from black and then added some particular colours. 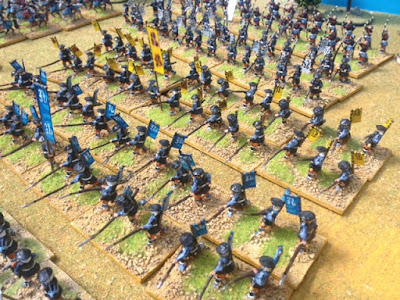 The Ashigaru (RedBox), fortunately seemed to have some uniformity so the task is easier. Most of the Sashimonos are hand made in styrene as the original figures don't carry them. 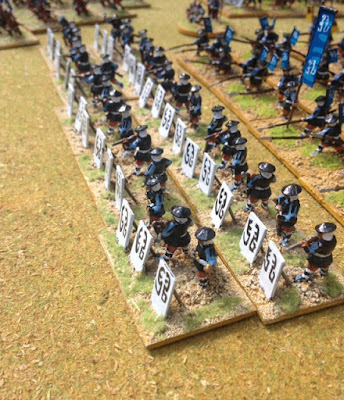 The Arquebus corps had a styrene shield to each man and, again as in other clans, an officer to each 5 stands. 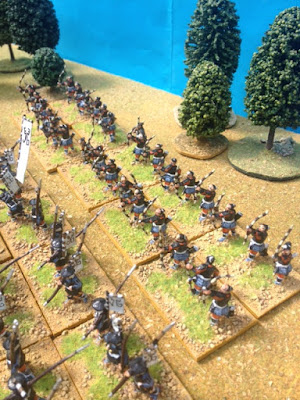 The archers are also RedBox. Red Box may not produce the most handsome models in the market but there are plenty poses in each reference which makes the final result quite pleasant. Besides RedBox models are getting better and better. ﻿ 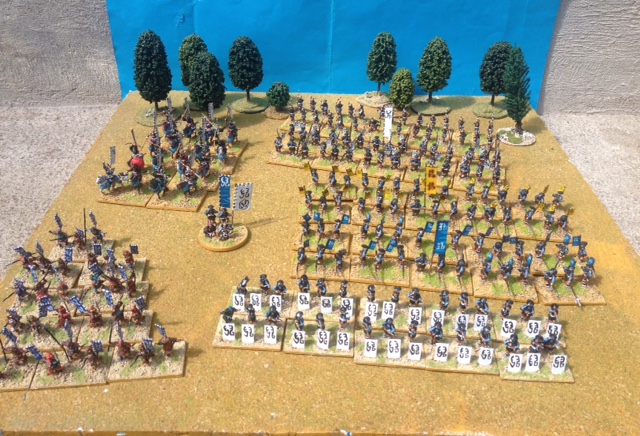 The full army of Ukita Hideie deploying at Sekigahara  ready to defend Mitsunari's interests in becoming next Shogun, a thing that will only happen in wargaming...