Sooner or later I was told this thing would happen. After many years of Wargaming... better, making Wargames armies, from distant countries and wars one gets to the point of using most of the figures you have for your own history and wargaming armies.

Excluding WWII, whenever a period of history pops out in our head there would be the portuguese army ...
Once again my stock gives me most of what I want as I stored over the years some dozen of these boxes of Revell 30 YW infantry, cavalry and artillery.

In fact I was collecting them whenever I could with that funny feeling that one day it will be the day. 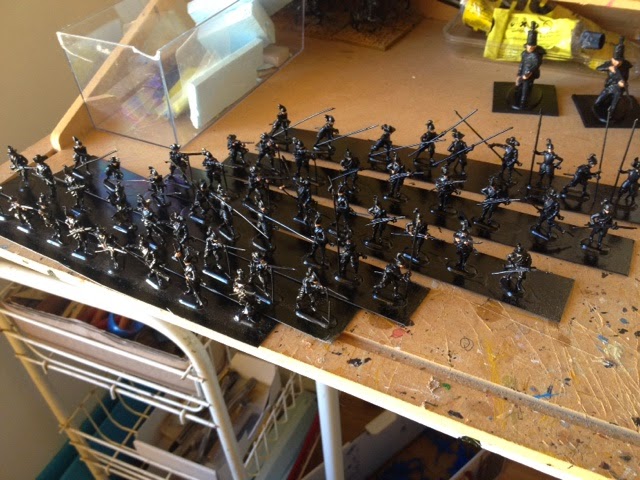 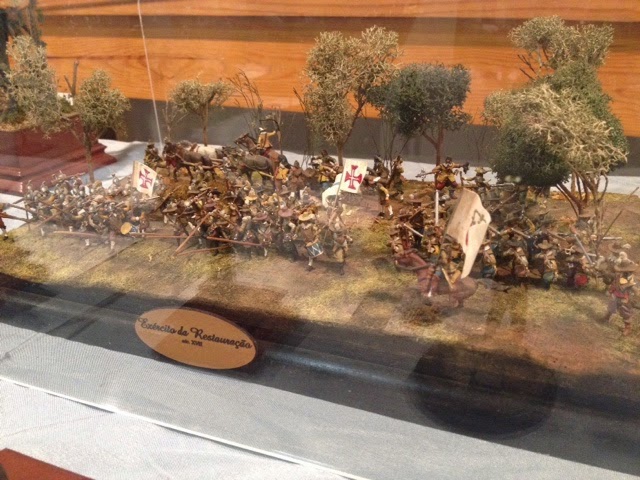 by the modeller Francisco Furtado in a modelling exposition in the city of Maia, close to Porto. Impetus big bases and the possibility of placing a full squadron of 24 pikemen and arquebusiers in a sole base made the rest.

All figures were from the Revell sets and they represent a terço of the portuguese restoration army. 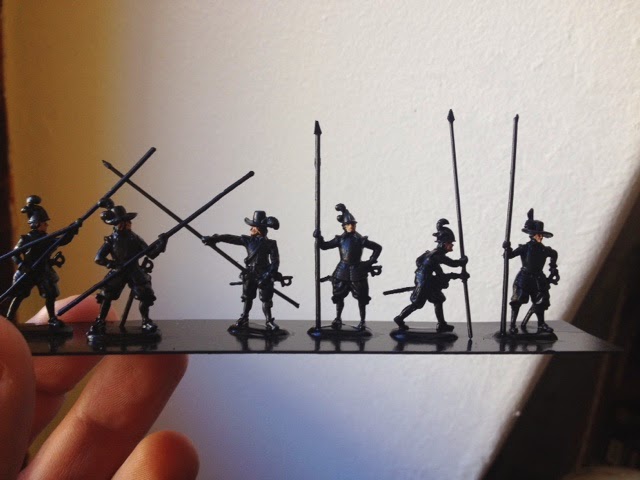 The Revell sets are just superb. For me the only problem is a small ratio of pike in relation to arquebus. The solution was the conversion of arquebusiers to pikemen (3rd and 5th figure above and last three below). 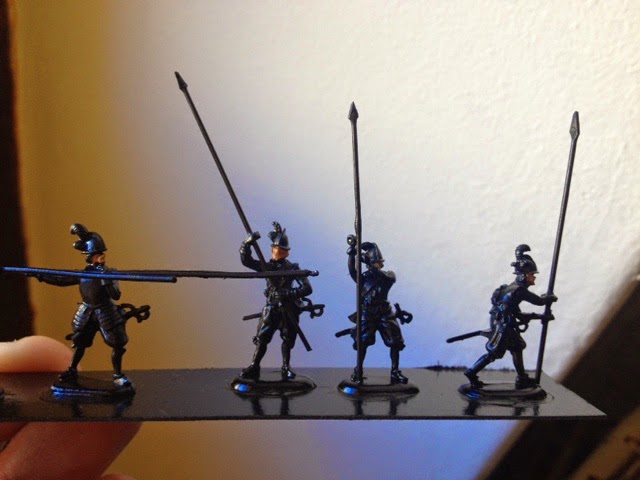 The pikes are the trusty broom threads heated and cut to spear point. 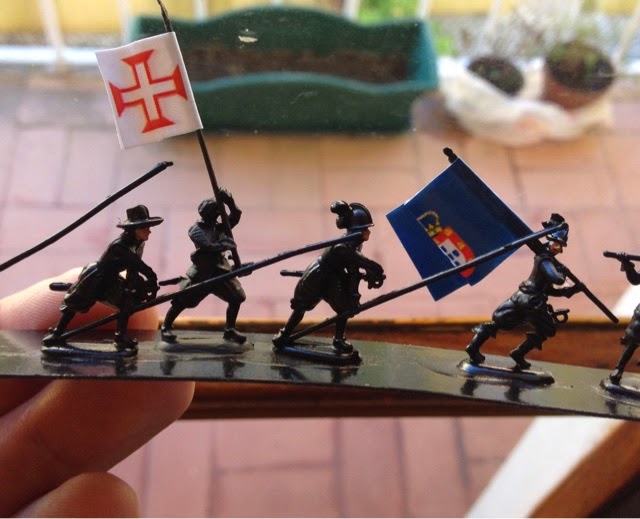 Same happened to this flag bearer ( 2nd figure). The 4th figure had its original flag cut and replaced by a printed one. 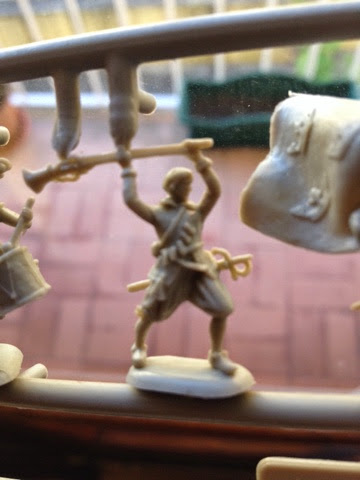 This is the figure from were the flagbearer of the previous picture is coming.

More arquebusiers turned into pikemen with the help of Mrs broom and Mr GreenStuff.

All for now. Stay tuned and a happy new year for all of you. 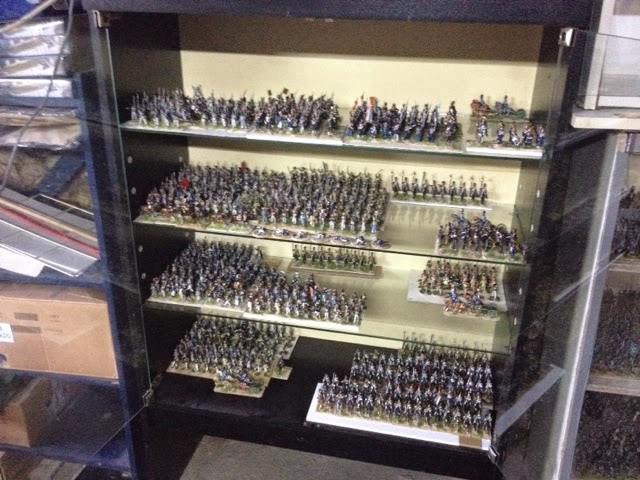 I'm getting lazy with pictures...
This Napoleonic French Waterloo army is almost complete but became too big to present pictures. So I present you a short video you can see by clicking the link below:

http://youtu.be/nbopWZfS9Vk
Posted by João Pedro Peixoto at 08:01 No comments:

AOE 20mm - Battle of Buçaco - French army finished with video and all!!

For months I left the 50éme de Ligne undone maybe cause I was afraid to finish one of the armies that gave me more joy to do: L'armée de Portugal of general Massena. This is its last regiment and the last 60 of a total of over 1000 figures built and painted in the last few years for this army.

This regiment is a mix of Hat and Ykreol plastic figures. 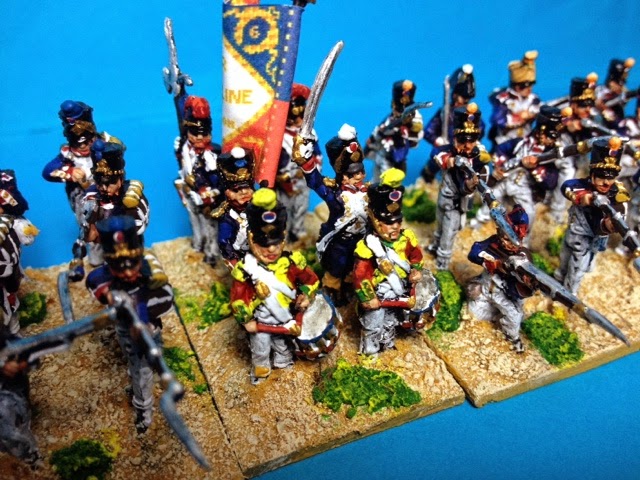 The Tête de Colonne is an a Ykreol stand  and the figures are just great! 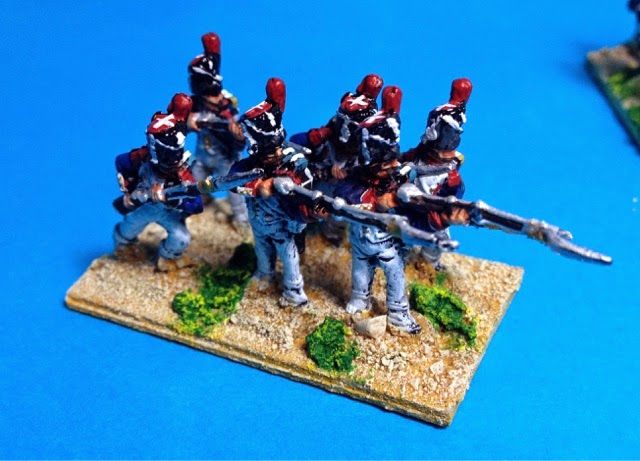 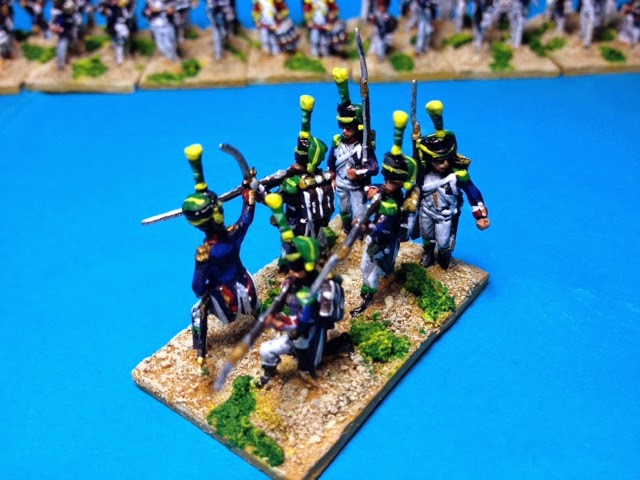 Hat Voltigeurs. I couldn't find correct uniform info for the 50éme Voltigeurs so I hope this one is close. 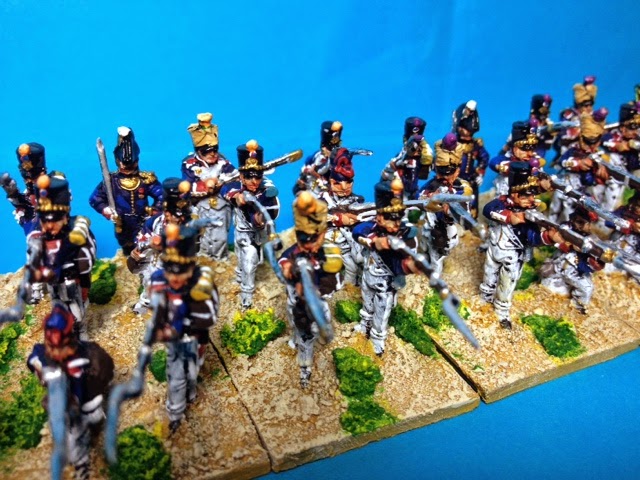 The Hat and Ykreol figures go very well with each other having a toy like look and seeming as being sculpted by the same hands.

The direction these guys were looking at the end of the 27th September 1810...

And now a small video for you to see the full Massena's army for AOE in 20mm.