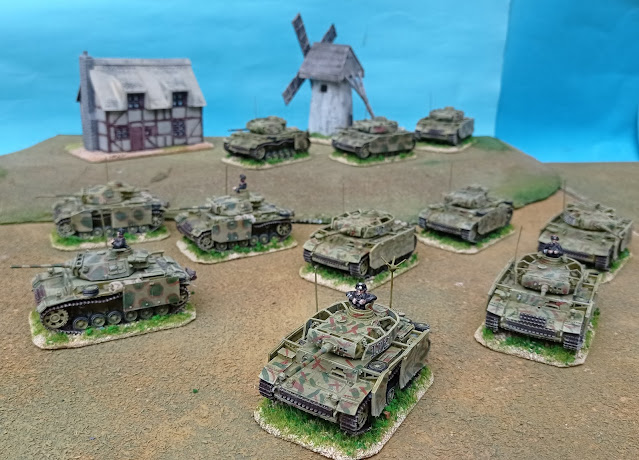 A column of PzIII M passes on the Igor Akinfeev mill on the way to the Kursk bulge, intending to finish the Red Army in that famosu pincer movement.
The M version is one of the last variants of the PzIII. For modellers it has as differences from the J version a deep-wading exhaust, Schurzen side-armour panels and the headlights placed on the fenders. The command PzIII here (with star antenna) was turned into a J version with the headlights reposioned on the front hull and the deep-wading exhaust taken out. 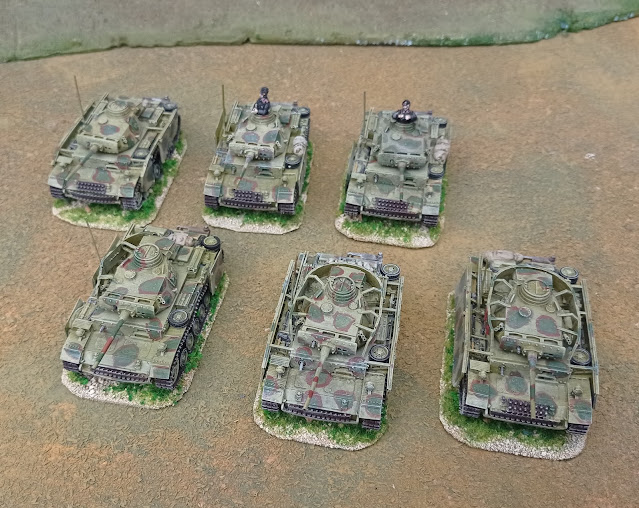 The models are the 3d prints from my friend Mário Laranja with its usual quality. This blotched camouflage with red numbers is taken from the Squadron Signal book on the Panzer III. 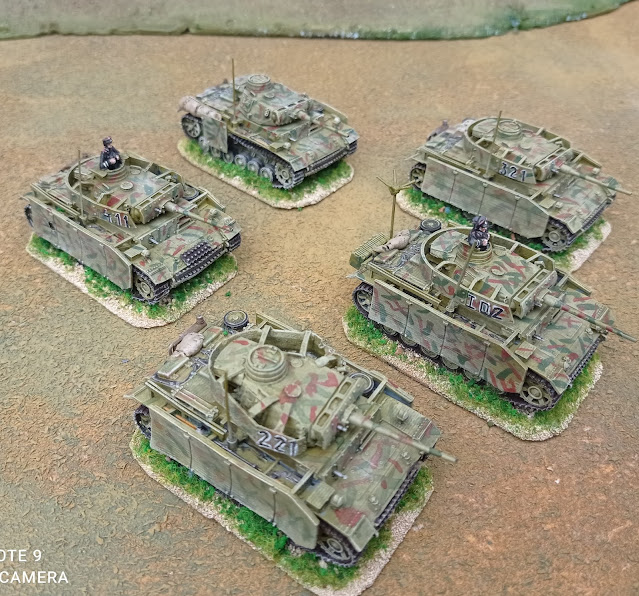 Another group of PzIII M was painted as in the cover of the Squadron Signal book. 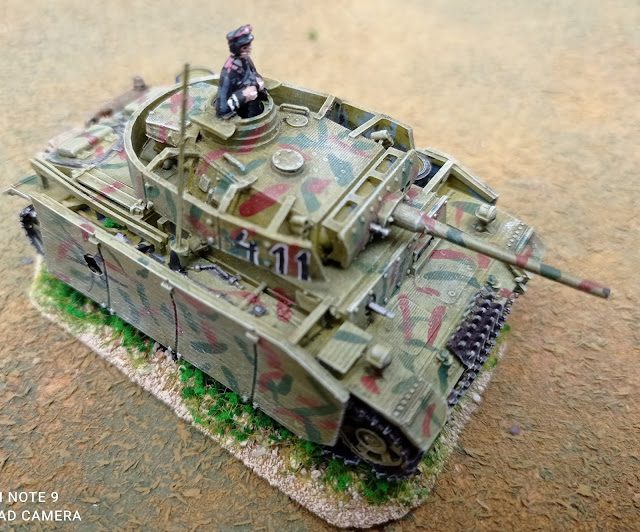 I asked my friend to print a few with open hatches on the command turret for some figures from Hasegawa and PSC to be inserted there. Only the antenna insertion was replaced by EverGreen tubing in order to hold more firmly the antenna.

Next; the PzIII M of the Hermann Goring Panzer Division in Sicily.

This is the DAK / Deutches Afrikakorps of the famous Rommel, or better the three more famous German Division sized units - 15PD, 21PD and 90LD of the Afrika Korps. Still not included is the great Italian "Ariete' armoured divison that together with many other German and Italian units made this famous corps.
Next: PzIIIs for Kursk.
Posted by João Pedro Peixoto at 15:54 2 comments:

The 26.VGD became famous when it encircled the 101st US Airborne during one week at Bastogne in one of the most famous sieges of WW2, the one with  a "nuts" in the middle.
Posted by João Pedro Peixoto at 13:19 No comments: 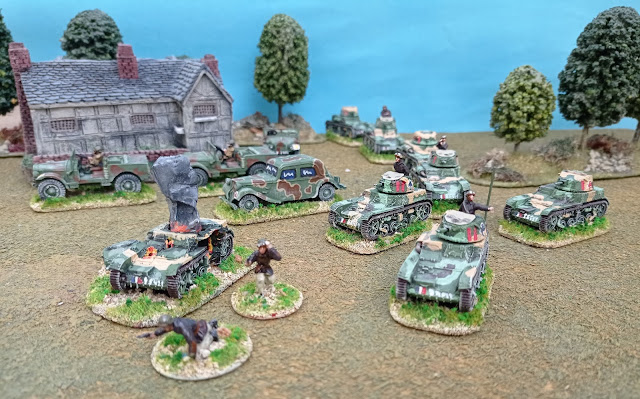 The French forces are under fire from the German artillery at the village of Maison Gris. One of the AMR33 is already taken out with its crew still dazzled from the sudden attack.
This is another group of Resin 3D prints from my friend Mário Laranja in 1/72nd scale and its also another sad moment as I complete all vehicles necessary for the French Blitzkrieg Battlegroups. Well, at least I can game with them and somehow make them useful :) 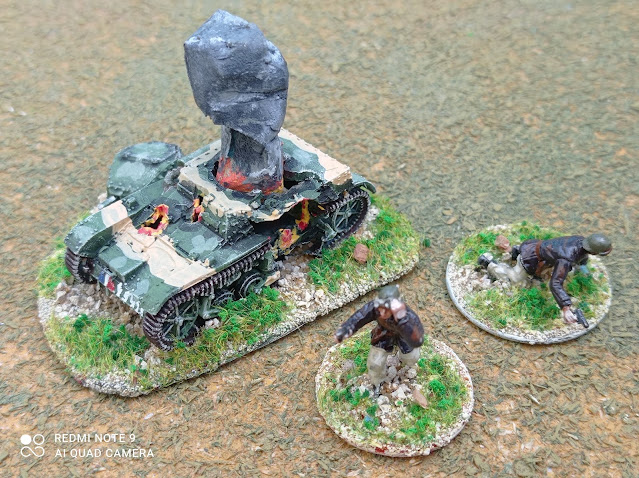 Originally this AMR33 was a misprint and with a bit of foam for the smoke and two CP crewmen it can be an objective marker. 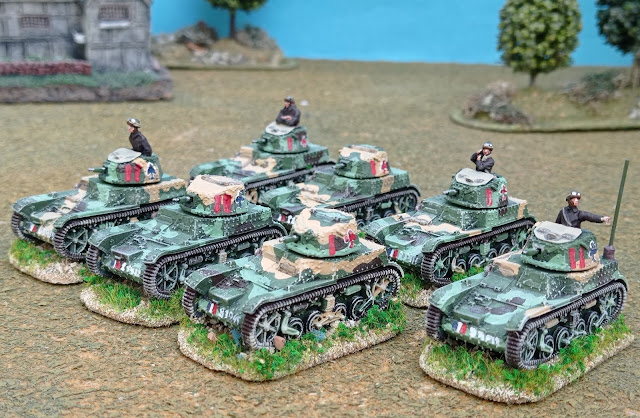 This group will belong to the 5e DLC. In fact the division had around 25 of these small and easily broken tankettes so two of them are extras in RF! terms. They are only two parts - hull and turret - and have an incredible detail. 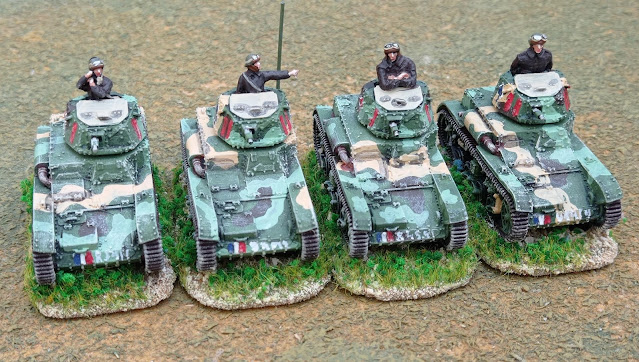 The crew figures came from MBM (Mark Brown Models) from the Netherlands and are Retrokit and CP Models. 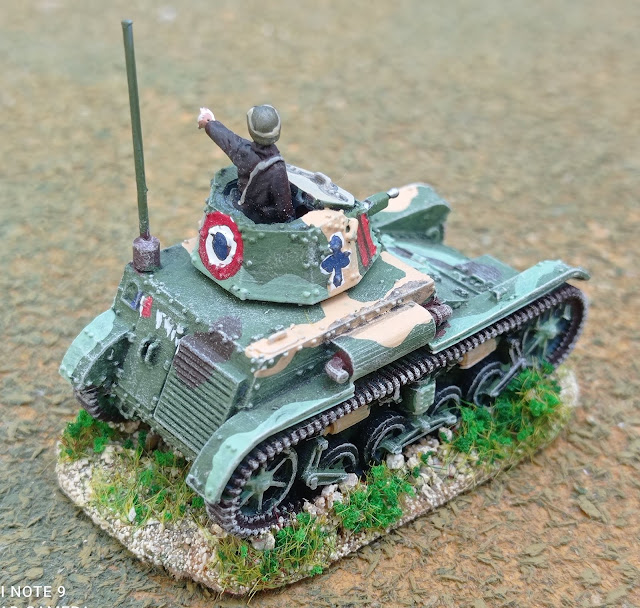 The command vehicle got an antenna and is ready to lead... slowly, as these old small tanks had the tendency to fall apart if roughly handed. 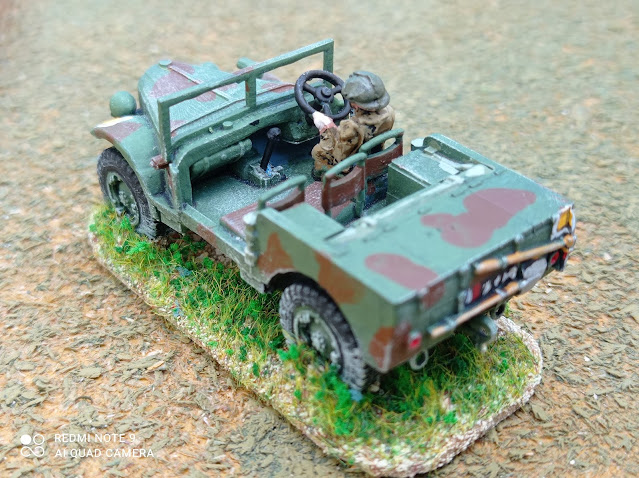 The Latil M7 was another missing vehicle in my collection. It is made of two parts - car and steering wheel - with even the gear box firmly attached to the body of the car. 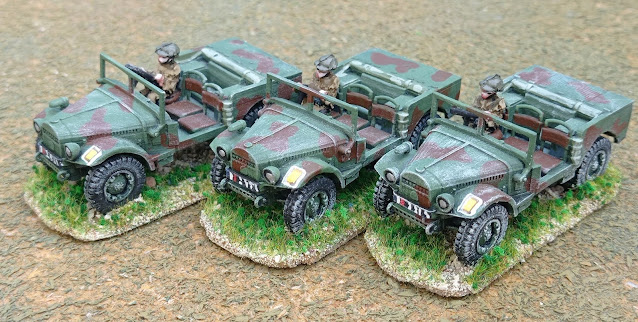 I painted them with infantry yellow rectangles thinking specifically of the DIM. 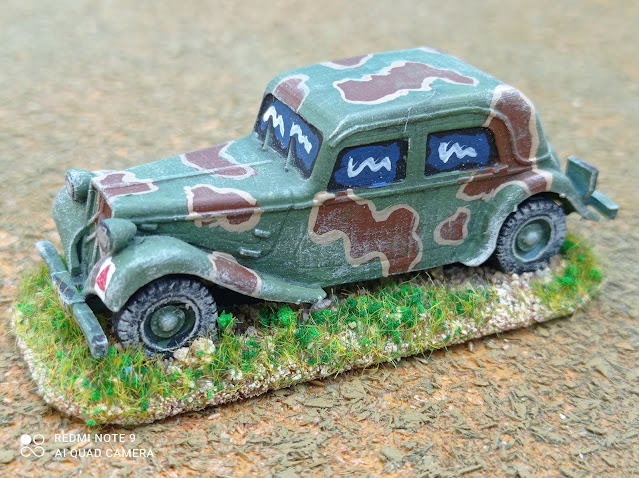 One last CV11 for another artillery OP team.
Next: whether another video on more  German units of the 86.Armeekorps or some PzIII for mid-war.
Posted by João Pedro Peixoto at 01:35 8 comments:

This Division was one of the companions of the more famous 21.PD in the summer of 1944. Some nice uniforms and plenty of horse drawn artillery makes this one a different and challenging unit to build.
If you want to see more on this check the tag '16 LF FD' and you can see 12 posts on the building of this unit.
Posted by João Pedro Peixoto at 12:40 No comments:

This is a big unit made along many years. It was built around many brands and around the opinions of different authors and fellow collectors and wargamers. I hope it can be useful to someone making the 21st PD or any of its sub units or Kampfgruppe.
If you want you can go to this Blog´s tag '21st Panzer Division' a see more posts on the issue with plenty of pictures and explanations.
Posted by João Pedro Peixoto at 11:16 8 comments: