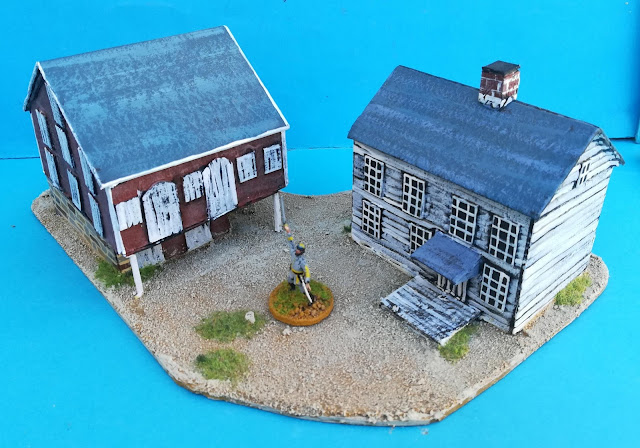 The buildings and other structures of the Gettysburg battlefield are one of the interesting aspects of this battle. The German influenced buildings of the Pennsylvanian landscape are  all different and can give a great variety to a wargaming table (or shelves). As they were mostly built by farmers sometimes they are rustic but have also an enduring look and many are still standing.

A little north of Gettysburg at the foot of Oak Hill you have the McLeans Farm. I built both buildings and soon regretted it as they are space consuming on the table. 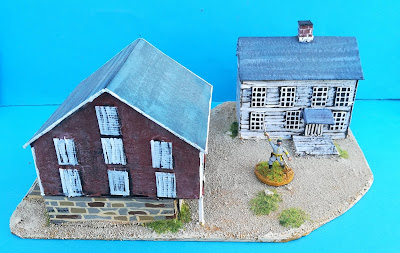 My usual way for wargaming structures, specially brigade level of wargaming, is to build the building on the small size using just 20mm approximately windows and doors. Everything is glued on the outside to speed up construction and simple materials like cardboard and wood is used. Most of the times an electric pistol glues everything together, other times wood glue is used. The entire building is then primed black and then painted with its colours. The black priming is particularly helpful on windows as you only need to paint the frame work after. 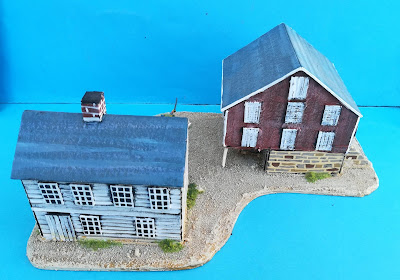 Rear view from the Mummasburg Road. 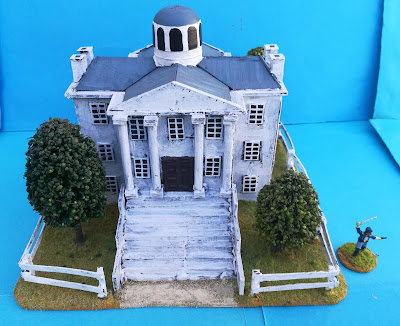 Gettysburg College is the biggest building of all so all structures had to be shrunken and the number of windows and floors heavily reduced. 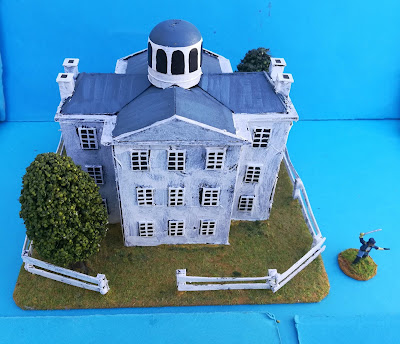 The tower is a Kinder Egg shell. The Building is at the end of Mummasburg Road, north of Gettysburg. 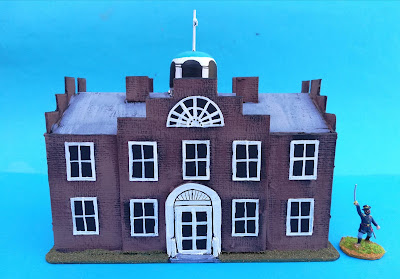 The Seminary was already showed in the first part of this series so just two more pictures of the yet to see front... 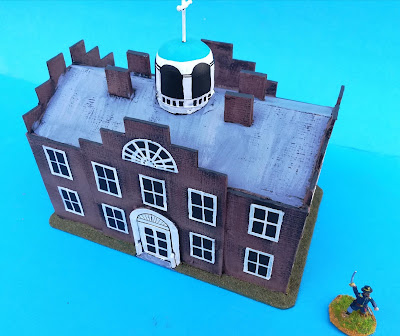 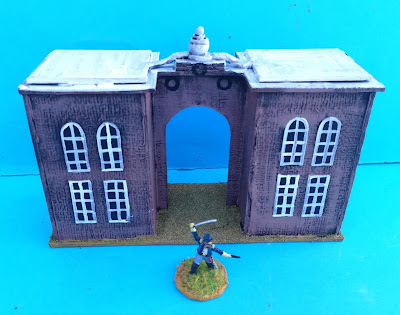 The Cemetery entrance on the north part of Cemetery Hill very close to Tawneytown road. 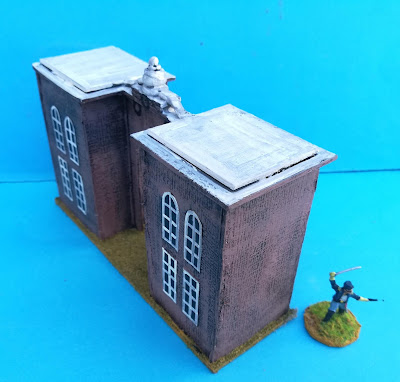 This was a place of furious hand to hand combat between Ewell's corps and Howards's. 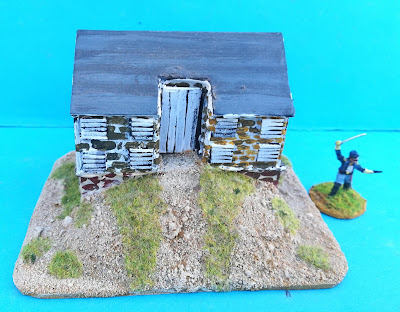 Bliss farm was another furiously contested place on the 2nd and 3rd day. 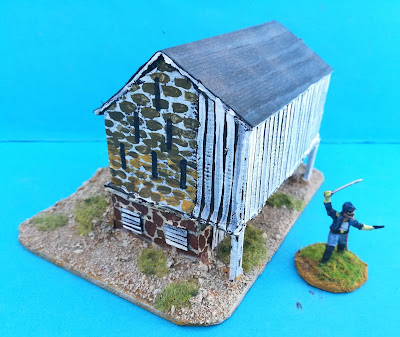 Again the clear influence of German farms can be seen. 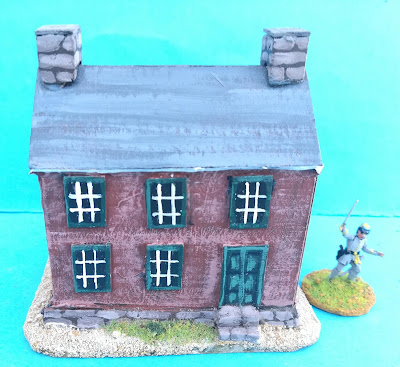 Codori house saw the lines of Pickett's passing through it on the 3rd day. 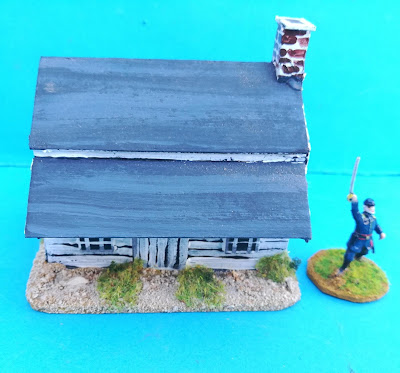 My smallest house is Bryan House between the Emmitsburg and Taneytown roads. 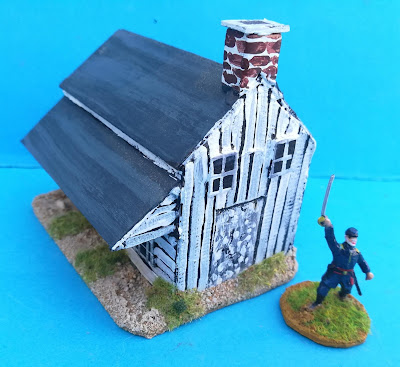 Bryan House facing southwest toward the scene of Pickett’s Charge. 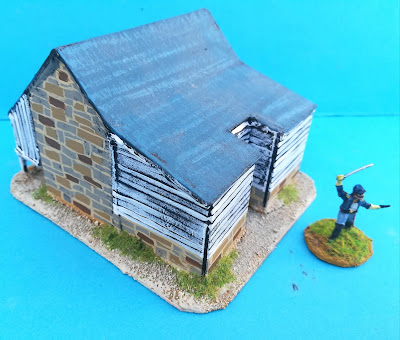 McPherson Barn was in the center of the clash between Heth and Buford on the first day. 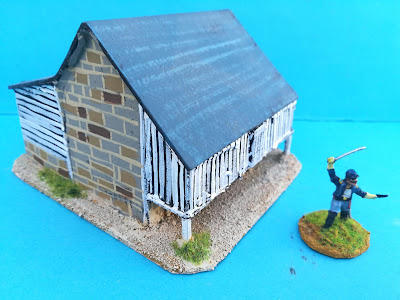 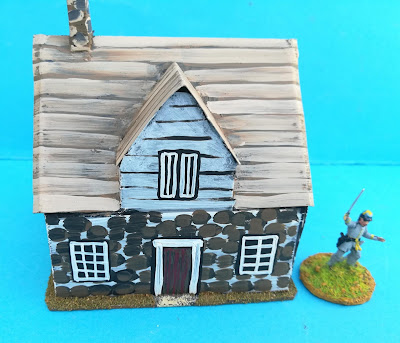 Just an house for Gettysburg town itself. 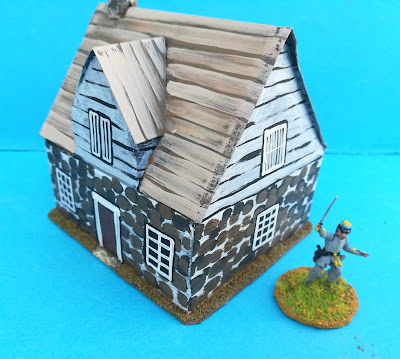 The figures standing for scale near the buildings are Markers for Breakthrough in F&F terms. 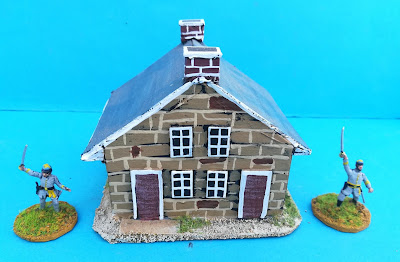 Thomson House was Lee's Headquarters during most of the battle. 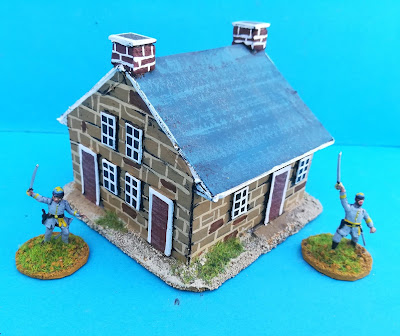 Side and top view of the same Thompson House.

Two metal Irregular Miniatures Houses for the streets of Gettysburg.

And three other resin houses from Serra da Estrela handicraft. After black  priming these nice Portuguese houses can turn Gettysburg houses with some careful painting. 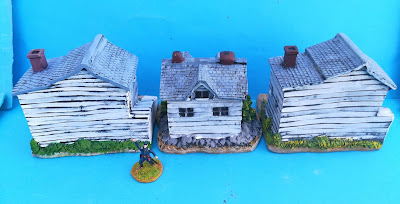 Rear view of the same group.

To this houses I can add the ones I made for AWI and include them in the city itself. I still want to do Trostle and Sherfy houses as well as the Devil's Den.

Next: III Corps (Sickles), the Army of the Potomac.

Posted by João Pedro Peixoto at 06:40