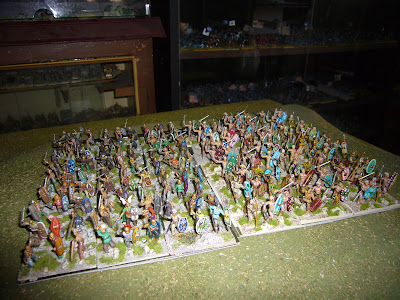 Now for the Hannibal´s carthaginian army in 20mm- 1/72nd scale. Most of the figures are Hat, Italeri and Revell but there are also many metal Newline Design and even some 15mm Irregular Miniatures that look like 20mm as they are large castings . The figures above are the gauls, with some stands still missing for the full DBM battle order. 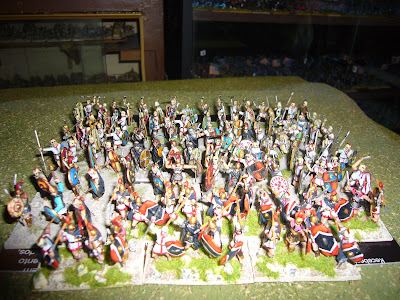 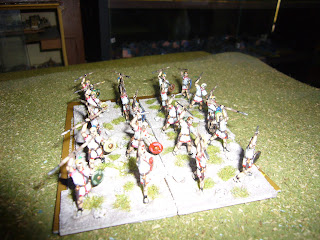 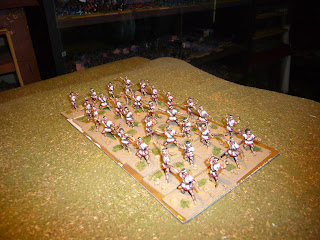 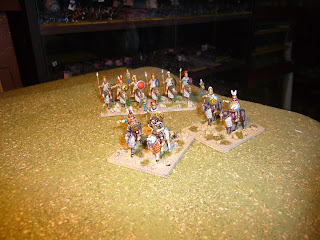 Hannibal on his Belleus, Maharbal and some of his body guards (all Newline Design). 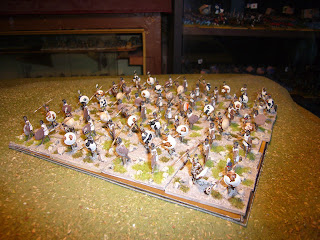 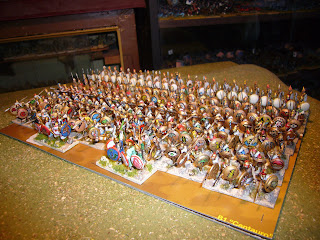 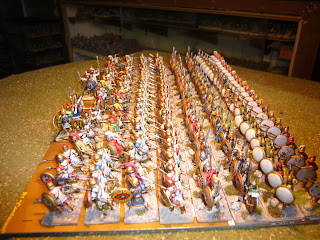 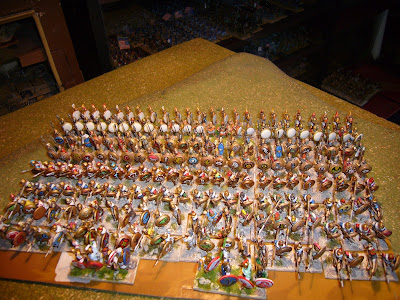 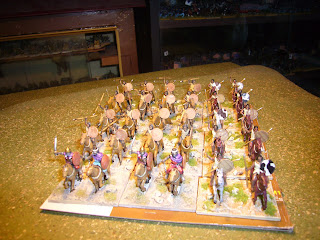 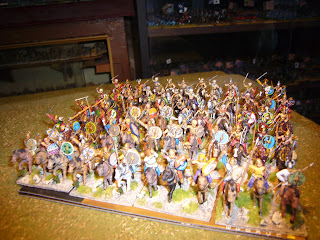 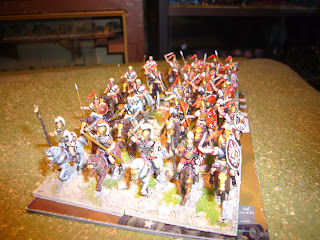 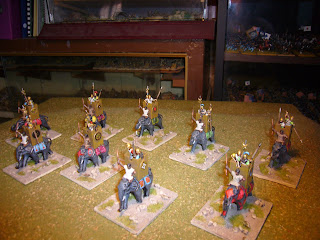 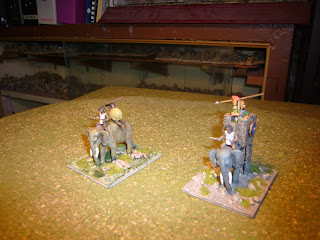 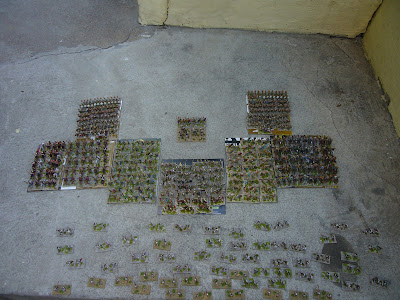 The battle order for Cannae, Cartaginian side. Light infantry forward; gauls and spanish heavies forward with the shape of a bow to absorb the roman 16(!) legions who always went for the center; the cavalry and the Lybian phalanxes to turn the flanks and rear of the romans: 50.000 dead romans in six hours! 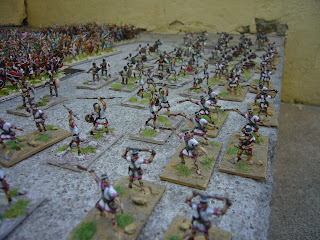 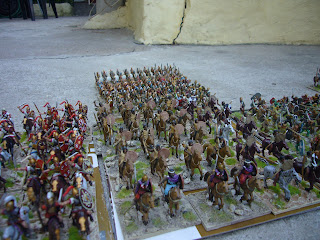 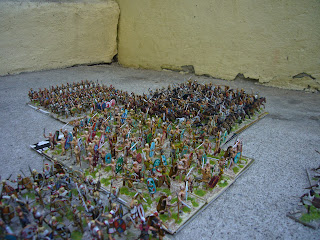 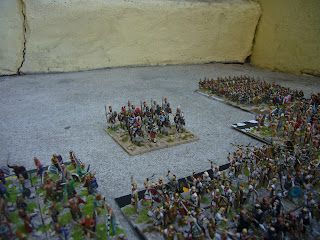 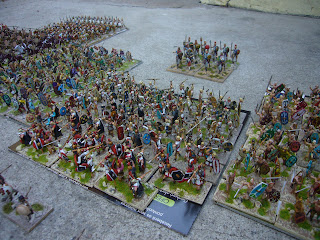 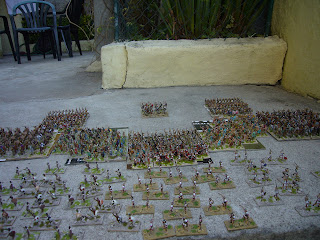 The "bow" in a slightly better shape.