I think all of us who build AFV´s plastic kits have somewhere a place were we keep those piles of scenario pieces that come along with the 1/76th fine Matchbox kits.

In the last few years things got worse as my good friend JF of "Brigada Tripeira" and "O Brigadeiro" websites ( if it wasn´t for the crisis he would already be a general ) gave me several dozens of those.

One day after seeing the film "Theirs is the Glory" (1948), and the last part of "A bridge too far" (1970) I just knew what to do with those hundreds of brickwalls, pieces of roads and roof parts. Arnhem was devastated during the battle and the 1st film was shot in place, amidst the ruins of that beautiful city. 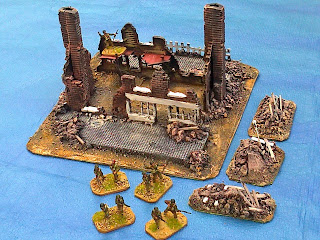 At least some parts of the Char B1 Bis bases are here among those chimneys (sorry, which is the kit they come from?...). As each part of a wall or chimneys generally only has one face, you need two at least to each.
This makes the building quite heavy and also expensive in Matchbox scenario parts. 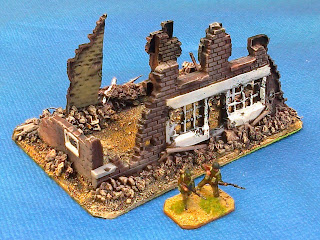 The basing of the house is plywood with lots of glued small stones and sand, all primed black before painting. 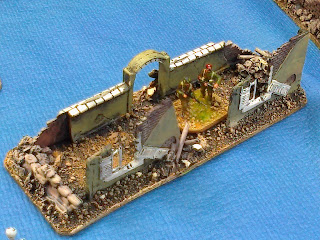 Some plastic sand bags were used to fill gaps on the walls. 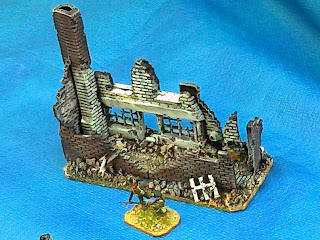 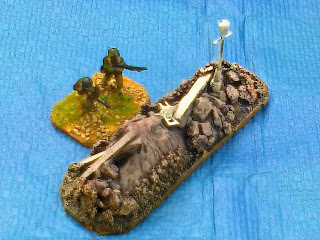 Those odd parts like earth embankments that come with the Sherman Firefly were used as the central part for piles of ruins and rubbish. 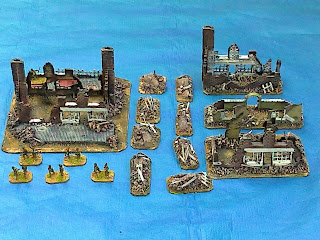 Many more variants can be done to build entire destroyed places. So, don´t throw away the Matchbox/Revell surplus parts. Or, if you don´t really want them, send them to me as JF did.