After showing you the Tunisian Tigers, it's time for the Normandy Tigers.
There were three of these battalions in Normandy, two from the SS and one from the Heer. The one you can see here mixes the Tiger II, of which only the 503 Sch.Pz.Abt. had one company (later two), and the Tiger I, in the two other companies (the Tiger I was the mainstay of the other two SS battalions, 101 and 102).


Here they are at a rear area in the Normandy bocage. 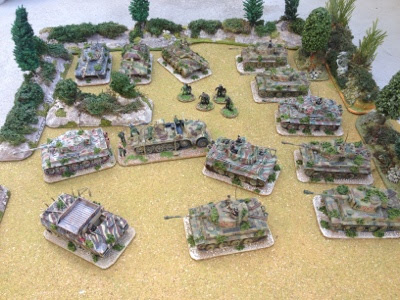 Once again the inspiring RF! images in their books are responsible for this layout. 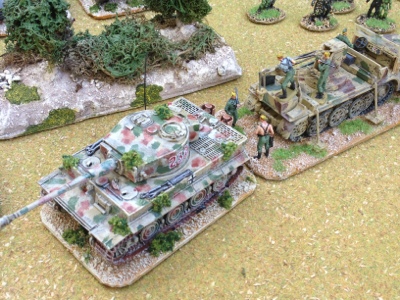 A Tiger I (Dragon) is towed by a Famo (Altaya) with Preiser crew. In reality only two Famo could pull one of these tanks. 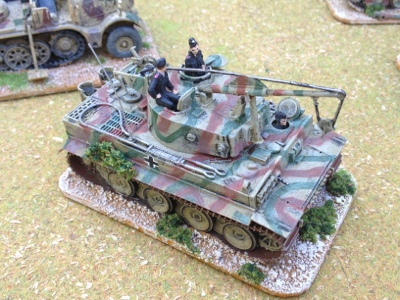 This BergeTiger did not exist in Normandy (only three of these tigers were produced) but this is a Tiger unit so where else should I place it? The crew is an unknown metal and two Esci figures. 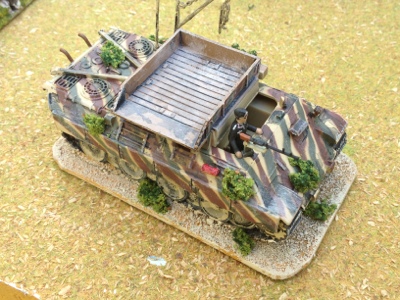 These BergePanthers are the recovery vehicles of the Tiger Abteilungen, alongside the Famo. This one is Altaya with a Esci crewman. 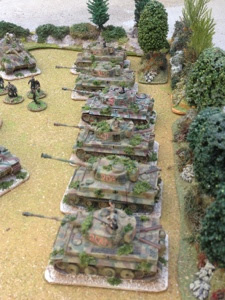 One of the most dreaded sight of the allied tank crewmen... The Tiger I´s are Hasegawa; old Airfix soft plastic (heavily transformed, including new mantlets) and Fujimi. 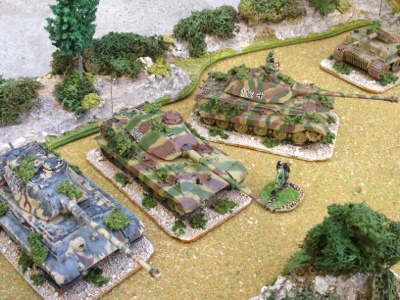 The Tiger II company: the one to the left is a 1/72nd scale Altaya; the two to the right are Fujimi 1/76th scale. 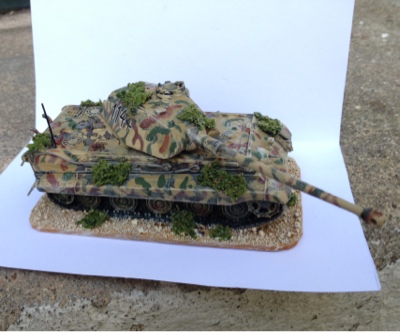 The same Altaya Tiger II you can see in the previous photo after some repainting in order to make it more similar to the Fujimi´s. 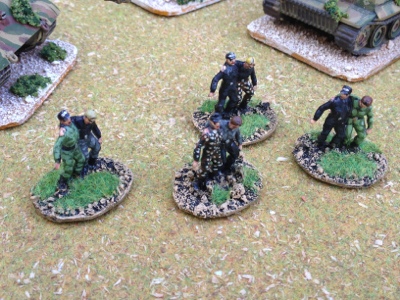 German bailed out tank crewmen. These are once again based in the Esci soft plastic british infantry as I did to the british baling out crews. After extensive X-acto action, an Airfix Afrika korps cap was added. They can be bailing out or coming from the Munich beer festival, you choose. 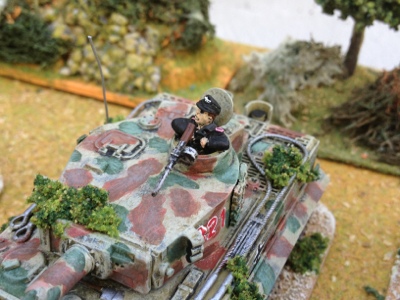 A metal Britannia crewman watches the skies looking for Jabos.
The foliage is a mix of several brands for HO trains. I aplied it both in tank and stand.
This Tiger I is a chinese made kit, from a manufacturer also responsible for the BergeTiger. Anyone remembers the manufacturer´s name?

Posted by João Pedro Peixoto at 06:54