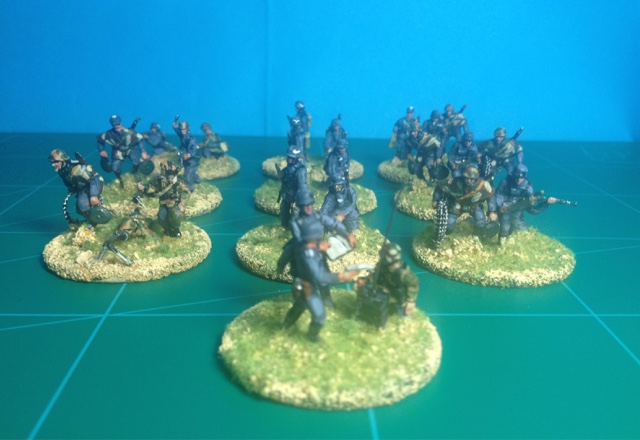 This is the Pioneer battalion of 16. LwFD. It's made mainly of Revell figures from their Pioneer box and ESCI, some Airfix hard plastic (the guy with the map from their Sdkfz 222/Kubelwagen set) and some metal from SHQ like the radio man who started life as an SS A/T crewman. The main idea was to place something to do with engineering/pioneering in every stand so they could be easily recognizable. 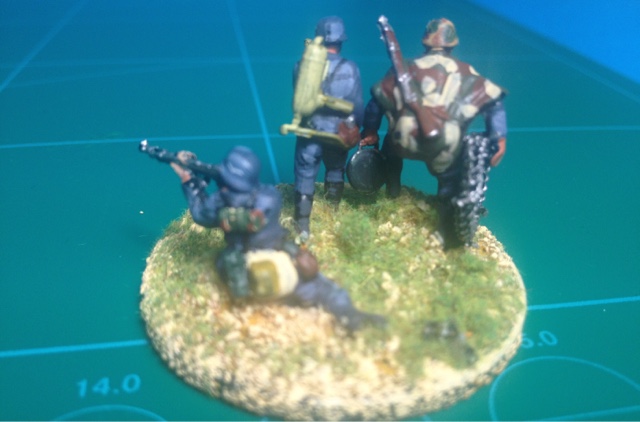 Some of the figures were transformed to carry some metal barbed wire I had hanging around since finishing the defences of my Omaha beach. The flamethrowers are ESCI. 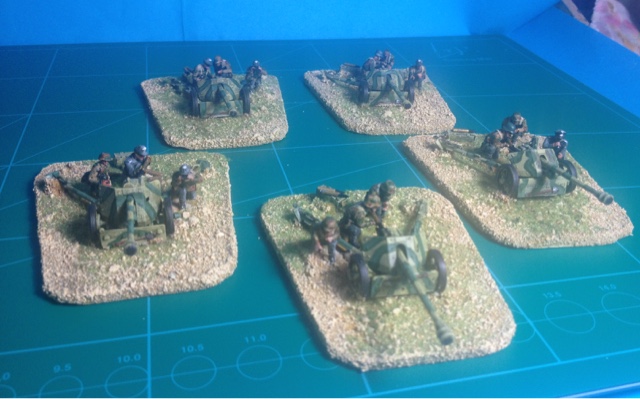 Another group built and painted at the same time was 1053 PaK abt. that supported this Luftwaffe division. Simple and cheap Airfix models from the Opel Blitz set with PSC figures. I will use the original Airfix crew as OP for SS batteries. 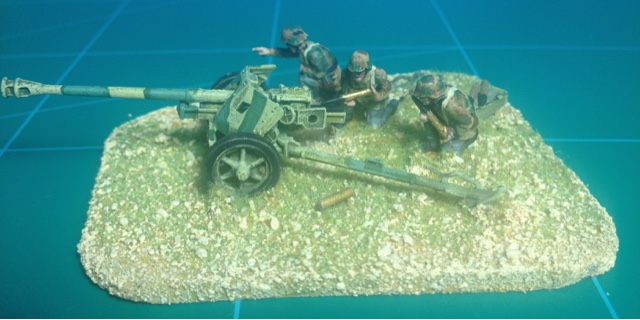 The PSC figures come from the PaK 38/50mm gun set. Each box has 24 figures for 4 guns so you can save half of them to other projects.